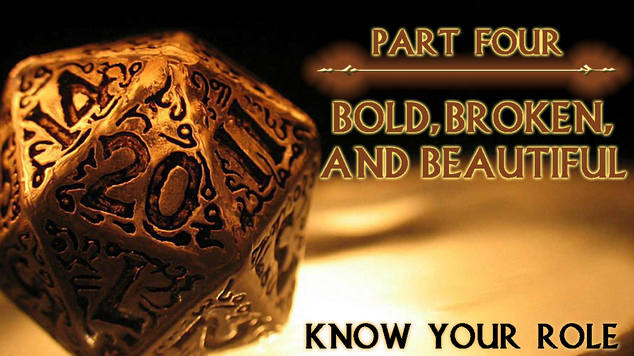 Know Your Role - Part 4: Bold, Broken, and Beautiful
Alex serves up part four of his continuing "Know Your Role" series that's breaking down the importance of 'role

[Prior to diving into this latest edition of a growing series of articles, you should check out the backstory behind this mini-series with the initial concept primer and its first two installments that I've listed below.]

Know Your Role: The Primer
Part 1: Respecting the Past
Part 2: Sandbox Matters
Part 3: A Small World After All

I briefly touched on a game a couple installments ago when I was talking about the elements that sandbox-styled games bring to the table. I barely got to scratch the surface of my experiences with it, and of how players were able to take on specific roles and assume a function in the larger game community.

If you never got to play EverQuest (especially its vanilla version) than I strongly urge you to go check out Project 1999 - which was recently endorsed officially by Daybreak Games as outstanding fan-created experience.

[Also, I'll be diving into Project 1999's Classic EverQuest tomorrow for Open-World Wednesday. If you want to check it out without playing, you should definitely stop by!]

For those who can't be bothered with such an affair, then all I can tell you is how that game and the whole experience was just magical. At least, in a really painful, challenging, and rewarding kind of way. I like to think that the original game really modeled real life obstacles, rewards, and friendships. You didn't simply play EverQuest and group up to go click question-marks and slay creatures that you never had to fear.

Back In The Day

No. In EverQuest you had to meet people, and you had to be someone. You had to carve yourself out a role in Norrath, and your reputation wasn't just a superficial mechanic of fluctuating progress bars. Your reputation was real and it mattered. Quests were hard to find and even harder to solve and complete. More than anything, the world was a very dangerous place - and making friends in-game had a massive influence on how smooth, fun, and entertaining your experience was.

The developers didn't have to dangle rewards on carrots in front of you back then, everything was built in to the experience itself. I (and many others like me) played EverQuest because it was extremely fun and rewarding, and those things could not be quantified by in-game mechanics. Progression wasn't the be-all and end-all of MMOs that it is today. Progression was auxiliary to the core experience. It was a side show and a fairly insignificant estimation of how much of the game you had seen.

Level & gear progression wasn't indicative at all of how well or poorly you were doing, nor did it really weigh in on whether or not your experience was successful and enjoyable. Levels and progression were a very rough tool that players used to compare their battle prowess - as back then achieving higher levels was much less about time-investment as it was skill, determination, and influence. Content was too dangerous and challenging back then.

On top of the base mechanics, the game itself was filled with tons of nuances that caused (and even forced) players to interact with one another. The challenging content that I've referenced several times required collaborative game-play. I should clarify that the group-play in classic EverQuest required significantly more communication, understanding, and skillful execution of abilities and talents than modern MMO systems today do. You really had to know your groupmates, especially when shit hit the fan.

There was a knife-edge balancing act of tackling content that was worth your collective time and not getting in over your head. There were plenty of places where the lines were very blurred and unpredictable. Players had to have their heads on a swivel and had to not only be prepared to understand when to stand fast and when to run, but also when and how their partymates would react to certain situations.

It was a matter of in-game life or death, which back in vanilla EverQuest was a serious matter. Death was no joke and it gave each and every player tangible player agency that wasn't just seen, but really felt as well. Every choice a person made had weight to it, and therefore everyone in the group was that much more important. 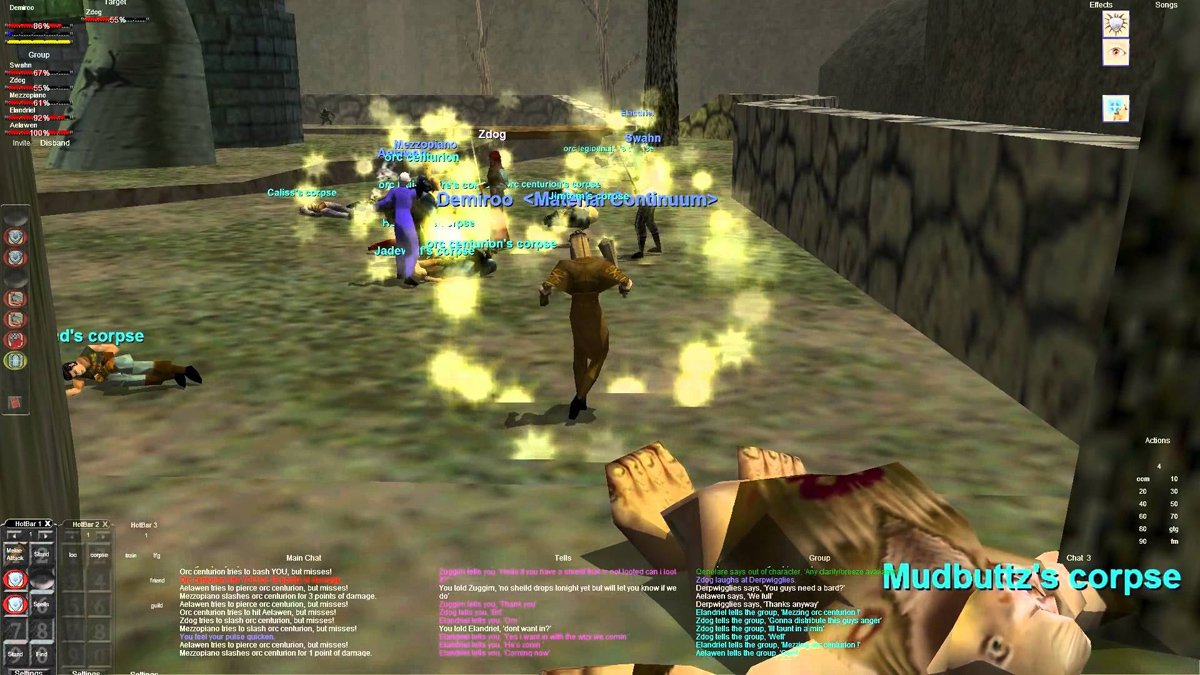 Additionally, groups had needs that expanded beyond the simplistic and streamlined concept of Tank, Healer, and DPS. Rogue and Ranger were not simply "flavors" of DPS. They each had unique talents and abilities that offered different benefits to the group. Rogues were extremely helpful for dungeon crawling, scouting, and performing corpse runs. Rangers were excellent outdoor hunters and trackers that excelled at being flexible party members that could pick up the slack for damage, tanking, and healing too. Mind you, that is only two classes as examples.

Beyond group dynamics, many classes had other unique roles that made them important members of a larger community. Unlike modern MMOs where profitable professions are artificial additions to any regular character - classic EverQuest classes carved out their market value by putting a price on their unique skills and abilities. Wizards and Druids provided invaluable fast-travel options for the other classes that lacked the strong magic required to bypass a long and arduous journey (which again, was much more dangerous back then).

There were so many nuances to the whole living organism of EverQuest that it felt much more like and organic creature compared to the cold and calculating machine-like MMOs of today. EverQuest was unpredictable, and it literally felt alive in so many ways that modern games today fall terribly short that I could go on for hours describing the things I loved about it.

Not All That Glamorous

Still though, that doesn't mean that modern games should have stuck to the original blueprint. Never would I suggest such a thing. EverQuest was a product of progress, innovation, and a commitment to providing a never-before-had experience for gamers everywhere. So I certainly wouldn't be satisfied to see more, newer games come out that were simply cloning the exact same process. EverQuest also wasn't free from defect.

I mentioned lots of great things about the game above, but it wasn't without flaws. Classes were often imbalanced (and I fear that melee classes were forever at a disadvantage in so many ways - particularly when it comes to PvP combat). Not everyone was nice, and players back then had powerful and highly influential ways of influencing each other's gameplay. Grief was almost as common as joy (which probably made those good times even more valuable and memorable). Every session was a mixed bag, and some days you might feel like you'd actually regressed instead of made progress.

Still though, it was a beautiful endeavor; painful, but full of excitement and wonder.

It's still very tough for me to compare modern MMO experiences to EverQuest in any favorable light. They each have their highlights and things to be proud about, but most of today RPGs have departed from the highly-social gameplay of old. Original EQ offered serious role-play that just can't be found in today's knock-off products that typically lack the high-quality experience I enjoyed over a decade ago.

[Thanks for reading, and if you enjoyed this column be sure to check out my author page here on TenTonHammer and follow me on Twitter for live-notifications the moment I publish new content. And please, please consider supporting my writing here by contributing to our Patreon page. Its those contributions that help us keep this site independent and as ad-free as possible! Also, don't forget to comment below with your own thoughts, opinions, and experiences - as my own are purely singular and by no means a consensus on the topic being presented.]