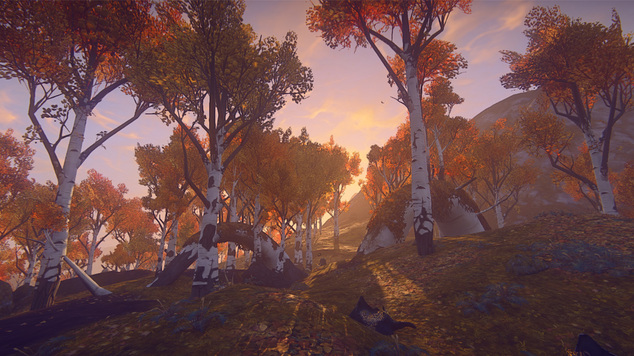 Landmark Updates its Hope and Longevity
Veluux gives Landmark an honest look again after the much-anticipated April/May update. Read on to find out why

This past weekend I dove headlong into Landmark after the servers came up Friday and the game received its largest update so far. As big as combat was, I don't think any update changed the game as much as this one has. It's really streamlined what the game is all about. Although it still caters largely towards the building side of things, the Daybreak team did a good job of opening up that aspect of play to the larger audience.

I first want to point out that Landmark hasn't necessarily changed all that much in terms of gameplay. There hasn't really been anything added with this update in terms of meaningful content. Which isn't necessarily a bad thing. From the very beginning I think we've always been told that Landmark was about players creating content for one another and being each other's content, and I believe that's still the case.

Without the AI and DM tools finished yet, there is a lot lacking, but for the first time ever I can honestly say that building feels accessible. There are a handful of small additions that really make this happen, but all-around the idea of the average non-builder picking up their voxel editing tools and trying to create something is higher than it's ever been. I say that as a non-builder myself. As much as I played Minecraft, I don't think I've ever been a sincere builder-type.

I played a lot of Legos and Lincoln Logs back in my day, but I'm no professional.

I feel like between the achievement progression that's been added, the starter homes, starter templates building finally feels like something everyone can and should participate in. One thing I was begging for and pushing for months, the abolishment of claim upkeep costs as a regular chore and annoyance, finally happened - and I feel like I can safely work now.

I don't get much time to tinker, so allowing me to simply log-in and pick up where I left off (without worrying if I collected enough resources for claim upkeep or if I remembered to pay it) is finally possible. Even if that only ends up being a couple hours a week. Additionally, dropping a claim flag is simple, and pasting in a handy starter home (complete with the two basic crafting stations) feels great. I don't have to rush to make something attractive and leave an eye-sore on the landscape.

I can just let my starter home sit up top while I work on something custom, unique, and much nicer in an underground workshop below. The starter home has everything I need, and the free templates are really great for skipping some of the arduous tasks of creating artifact-free arches, curves, and other angles. I feel like building is much less intimidating now, and there is finally a system in place that will help get people to dabble into it. Even as someone who really favors the combat and exploration side of things, I'm very tempted to get my build on - just to get some of the small combat stats that get awarded by completing some of the building achievements.

Landmark is really coming together. It still badly needs its AI and DM tools, as well as even more props and materials (which continuously get added every update) but it's finally getting more of an identity. I don't think it's for everyone; but everything it currently is might finally be accessible for the average player. If you're someone that has access and hasn't picked it up for months, I highly suggest getting back in and peeking around.

It probably won't look wildly different to you, but as you begin playing you should start noticing how everything that the game does have finally starts to feel tied together. Ultimately I still think this game has a very long way to go in terms of being its own stand-alone MMO that can provide a fun and compelling experience for the average player; but its finally showing me that it's actually possible. I've been worried that it will remain as nothing more than a player-developer tool for creating EverQuest Next... but this update gives me hope that it can stand on its own feet one day.

As anxious as I am to see that realized, I'm still among those who prefer to see EverQuest Next finally show itself.

Landmark is fun, as it is now. It's not complete, nor does it offer gameplay that will have the majority feeling satisfied, but it's doing its job. It's helping fund, test, and create assets for EverQuest Next - which is the big title under construction at Daybreak that I believe most people are really looking forward too. Still though, this time around I feel like Landmark finally showed me that it isn't a lost cause that will fade away when EverQuest Next finally does arrive.

If Landmark can get additional love, features, and development after EverQuest Next launches - it still might be able to provide the all-encompassing content-creation experience that we were all sold by Dave Georgeson at first reveal. "Create your own MMO" is still possible in Landmark's distant future, and most importantly: I feel like the developers understand how they can invite an outside audience into enjoying that.

Landmark has so far to go, but I finally feel like it's safe to hope that it will one day be a complete game of its own. Until then, I'll be tinkering around and keeping a close eye on the EverQuest Next workshops - as the players are creating some seriously jaw-dropping creations that will almost certainly be feature assets on display in the new Norrath. If the creations don't stun you yet, try to remember that they're all created fully out of voxel and props - which will be completely destructible in EverQuest Next. It will literally be a giant sandbox to play in; which no MMORPG can honestly say it offers.

The future is bright. Distant... but still, bright.

Considering all that SOE/Daybreak has been through the past few years, that is a very good thing. Hopefully the studio will capitalize on all its new found freedom and continue creating truly unique and compelling content on their own terms.