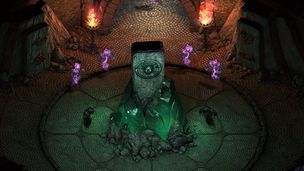 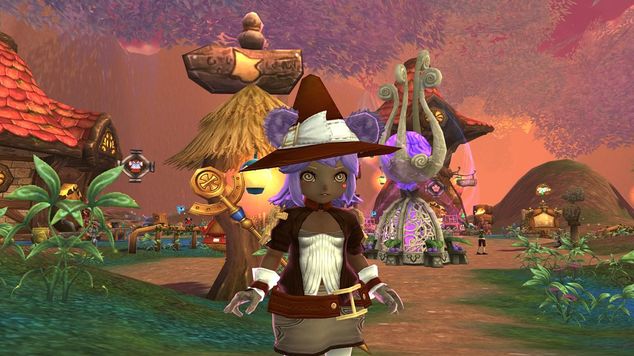 MMO Saturation and the Blockbuster Effect
In today's Respawn, Xerin somehow relates MMOs to Blockbuster. How he does this? Continue on to find out.

You know what sucks? Saturation and it's all too evident when I was looking at Lime Odyssey, thinking about how much fun it would be to play, but then realizing it's not as good of a game as Aura Kingdoms. So why don't I just play Aura Kingdoms? Aeria is behind both of them, they're both available in the launcher, and I would have more fun with AK over LO.

This creates the issue of choice. I can choose a lot of different games, but ultimately I'm only going to play the best one to me. When there are a lot of free AAA games available, we're then forced to basically choose between them. Because I could, for instance, choose to play ESO instead of Aura Kingdoms, because ESO is free and, well, a "better" game. Mechanically different, but a much bigger budget.

The market right now for MMOs is strong and vivid, but the choice and selection is killing momentum. Right now it feels like walking into a Blockbuster, one of the bigger stand alone stores, and having to choose between 30 to 40 years worth of DVDs at your selection. You have to commit to one of them because there is a large fee (what was it, $7.95 for 3 days?).

The newer DVDs were really awesome and you haven't seen them yet, but they were more expensive. The older DVDs were plentiful, but you'd watched half of them when they were new, but the blu-ray release might actually be better now, but do you want to rehash content you've already seen?

MMO's are like Blockbuster right now and, in a way, I feel like Netflix is coming. So many upcoming MMOs are sandbox games and create your own content / gameplay games, that I'm thinking the industry is making a big massive shift to "content on demand" vs. having to tie yourself to a single choice. This creates an illusion of stagnation, because MMO players are either people who ran in and commited on something or standing around trying to put their finger on something they like, but not wanting to invest in renting 3 or 4 movies at a time to see what their favorite is.

Anyway, that's my thoughts about MMO Saturation and the Blockbuster Effect.

Let's talk about what I'm up to now and what you're up to as well. I'm pretty much stuck in a weird spot. Pillars of Eternity is making me more angry than happy and Cities: Skyline needs more of my time. I appreciate the depth that PoE offers, but I'm not that interested in a story I've seen a billion times in a setting that I have long explored. Sure it's new, but eh, not really.

In other news, lots of cool stuff is coming up. Killing Floor 2 will probably capture people's attention for awhile, but who knows? The Witcher is next month (woot woot). Drive-NG is out soon too. Oh and Crowfall got a giant stack of cash, to the anticipation of many people who now hope that it is the game that they desire.

I was in the video game store the other day. They asked me three times if I'd like to go ahead and lock in some preorders. At the end, after demanding to know why I refused to purchase any preorders, I simply said that I would prefer to have the game release and see gameplay. They countered by saying you can find at least an hour of gameplay online before launch.

Which is fine, I guess, but maybe I want a bit more than people experiencing an hour and talking about it, since that's what a lot of reviews were back in the day of gamer magazines being a real thing.