An Exclusive Hands-On Look at a Rift Endgame Dungeon: Abyssal Precipice
<p>Flying in the face of concerns about a perceived lack of content at Rift&rsquo;s endgame, Trion invited Ten
Column
RIFT 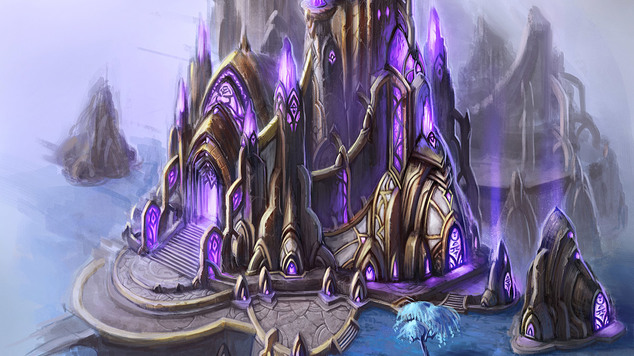 MMORPG Suggestions - What to Play
It may not feel like there is a lot of active MMORPGs out there, but there are tons. Come check out these AAA M

Right now there isn't a lot of "MMORPGs" out there, there is a lot of MMOs, but adding in that RPG really changes your available option. Most people assume the only one that exists is WoW, but I disagree. There is a lot of current running successful MMORPGs with large playerbases that you should try out and I'll be listing a few below.

One of the reasons why MMOs don't feel like MMOs anymore is because the industry is moving away from the legacy mechanics such as tab targeting and things like mana because they were created in a time when they were necessary. Netcode wasn't very good, players had slow internet speeds, and hardware was very limited in what it could render.

Modern computer systems, internet, and server technology allows for very complex games running some very complex code, which opens up a plethora of interesting options, all of which don't require mechanics such as tab targeting to determine if you do or do not connect your hit on your opponent. Combined with the lackluster response to the flood of WoW clones, and we can all pretty much see why the industry isn't churning out WoW 2.0.

However, that isn't to specifically say there isn't a large plethora of awesome MMO"RPGs" coming up in the future or there isn't a large playerbase of fans playing games that have already been launched but you probably write off due to a shaky first month or pricing concerns. That's why I have a few recommendations of where to look if you're wanting to play something very "MMORPG."

These recommendations aren't any kind of award or ordered in any specific kind of way, but simply a nice suggestion of some games to look into and the reasons why.

This isn't specifically something like Dark Age of Camelot or Everquest, but it has enough MMORPG trappings that I would say that you'd be satisfied, especially considering we gave it game of the year two years running. It's one of the best games out there right now (in my opinion) and worth a try. It's buy to play, is very feature rich, and has a huge supporting community. Now is the best time to hop in as well, considering the expansion is on the horizon.

Rift is the only successful WoW clone that I know of and I'm not saying that in a derogatory it ripped WoW off tone, but more in a it is the most like WoW game on this list and if you want something with everything that a game like Everquest or WoW offers, then Rift is for you. A very active playerbase, free-to-play, and tons of content (including new raids) makes this one of the coolest traditional MMORPGs out there.

FFXIV is next on the list, while subscription based, it has a healthy playerbase and a lot of content. It had a horrible first go, but shut down and came back up as an almost entirely new game that's had fans hooked since launch. With regular updates and tons of Final Fantasy nostalgia getting added to the mix, it's for sure something to look into - there is even a free trial to get started.

While not conventional fantasy nor utilizing tab targeting, they both are very much MMORPGs and are both free-to-play. I put them together because realistically I see them as very similar games because they both play very much alike, but I suggest trying them both out if you don't demand tab targeting.

With its free-to-play announcement, there is no reason not to give TESO a good playthrough. The game is really fun to play, has a long in-depth story, and tons of features and neat things like vampirism. There is a lot to do in TESO and it has a feature complete world PvP system mimicking RvR.

Once written off, SWTOR now has a huge loyal playerbase, wonderful graphics, and tons and tons of content. Oh and it's free-to-play as well. If you want "the F2P" MMO, I think many would agree SWTOR is it.

This list isn't comprehensive, I just took the most popular ones off the top of my head. There are a lot of cool popular MMOs, like Allods Online, Aura Kingdom, Wildstar, Lineage 2, Aion, Defiance (fps with rpg elements), LOTRO, Neverwinter, DDO, etc.

An Exclusive Hands-On Look at a Rift Endgame Dungeon: Abyssal Precipice
<p>Flying in the face of concerns about a perceived lack of content at Rift&rsquo;s endgame, Trion invited Ten
Column
RIFT