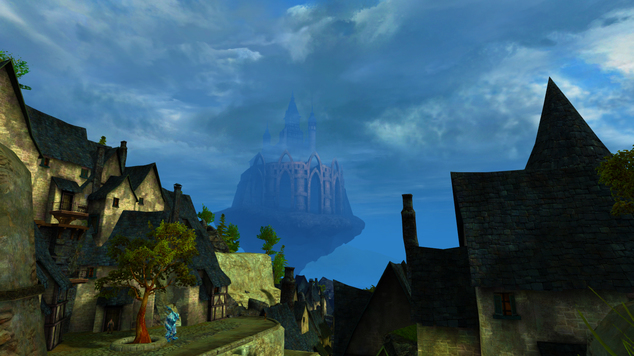 Persistent Worlds: What's Your Favorite Location?
In this daily outlet, Lewis chooses one topic for discussion from Guild Wars 2. Today's: Guild Wars 2 is a beau

I think it's fair to say that Guild Wars 2 is a beautiful game and boasts a game world that has some of the best scenery in the entire genre. Having begun to once again obtain World Completion on an alt, I realised just how much I love the game world. Like many, I've several spots in Tyria that I fondly remember. For a variety of reasons these locations have stuck with me and its often because of something more than just how they look, but the story the location tells. Take a look below. 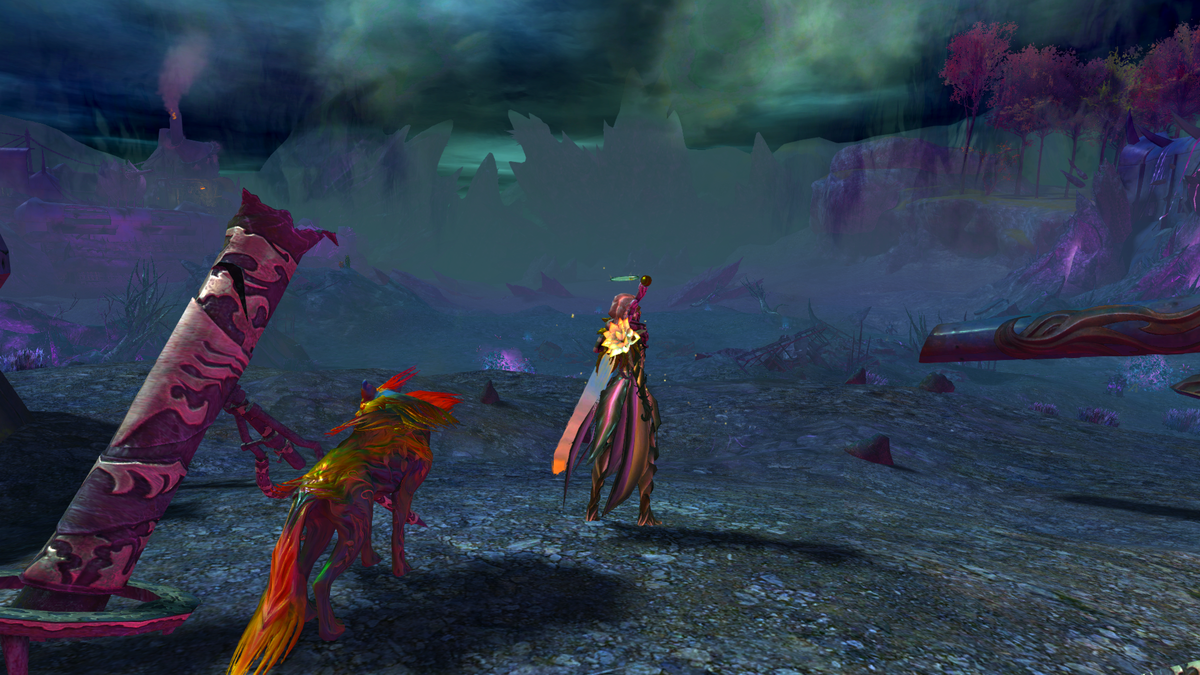 North as you portal into Lowland Burns Waypoint, the view of the brand is not only beautiful but it's the first time in a live environment that I saw the Shatterer. Without the dragon the landscape looks incredible but when he descended, I was honestly speechless the first time I saw it. The mix of purple hues and smoky haze around the edges of the brand give the zone an unearthly feel. 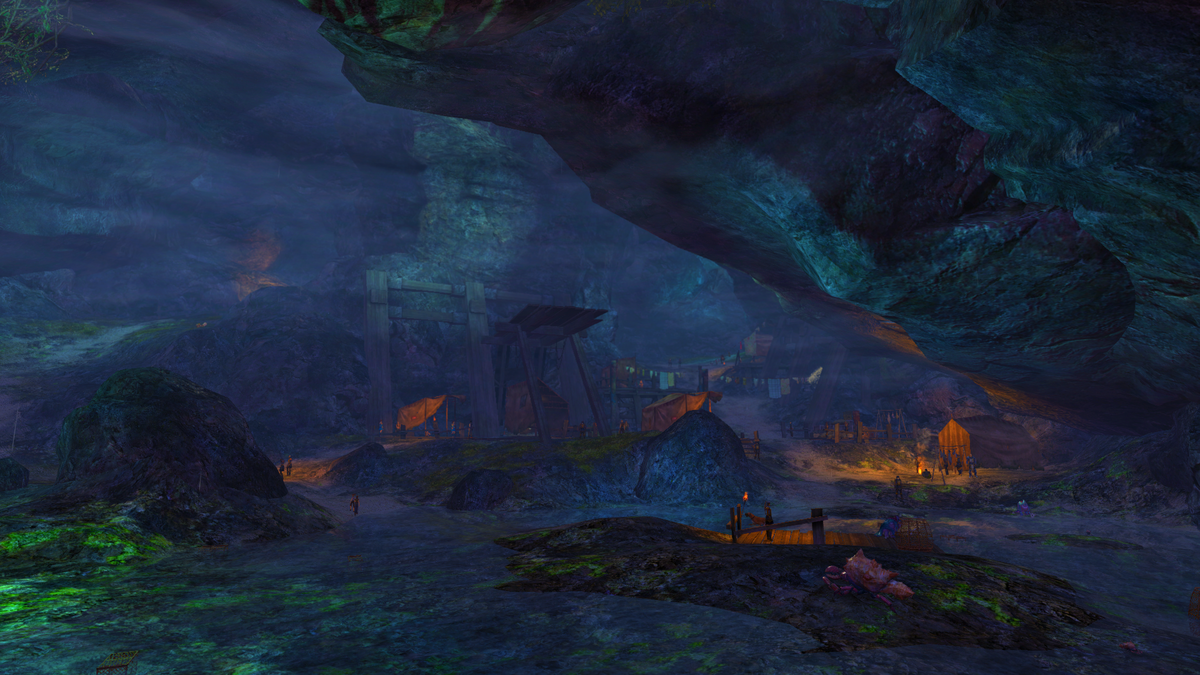 Nightguard Beach and the cove where the Waypoint is based, is one of my favorite locations in the game. From a role-play perspective I've always loved to find hidey-holes that I imagine players could camp in and build a home. Although its not possible in Guild Wars 2, it doesn't make the cove any less appealing. With small fishing pools and crabs littering the floor, it's a really peaceful place. 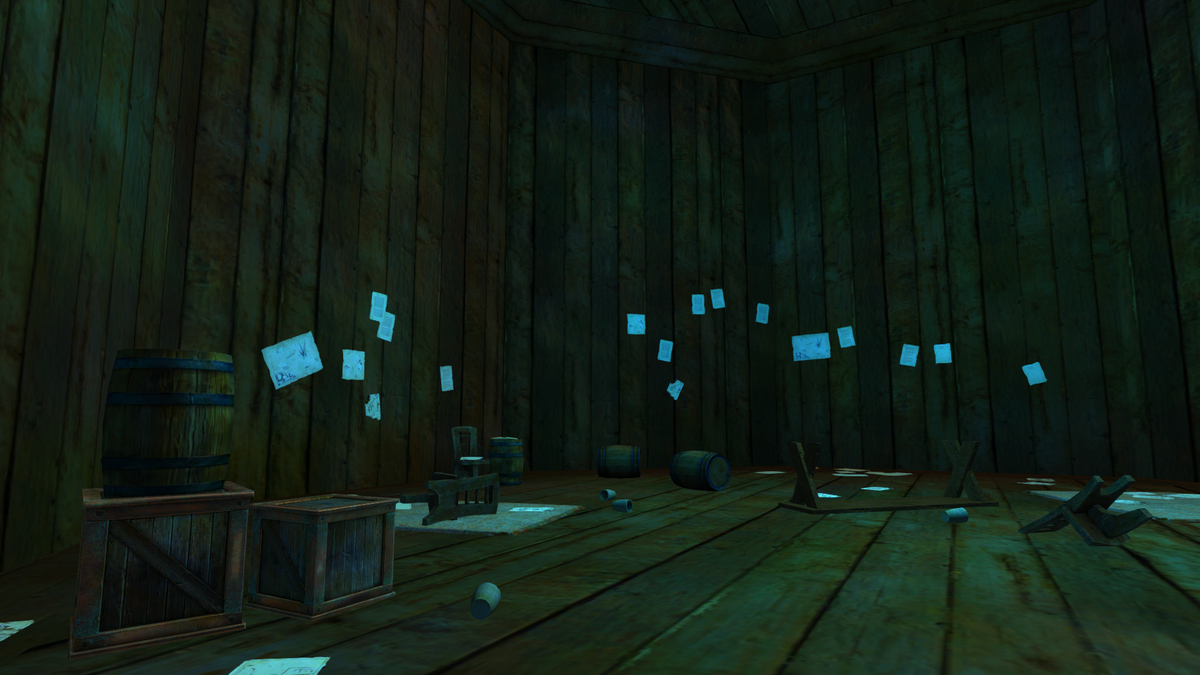 North of Triforge Point Waypoint and to the left of the entrance portal to Camp Resolve is a small room. In it and if you've experienced the Living World story are a series of notes and letters taped and nailed to the walls. They record the plight the occupants of Vandal's Claim suffered as Mordremoth and his tendrils worked their way into the fortification. It's the first time I've ever been moved by the Living World story and I often think how effective the story telling was, thanks to something as passive as a note. 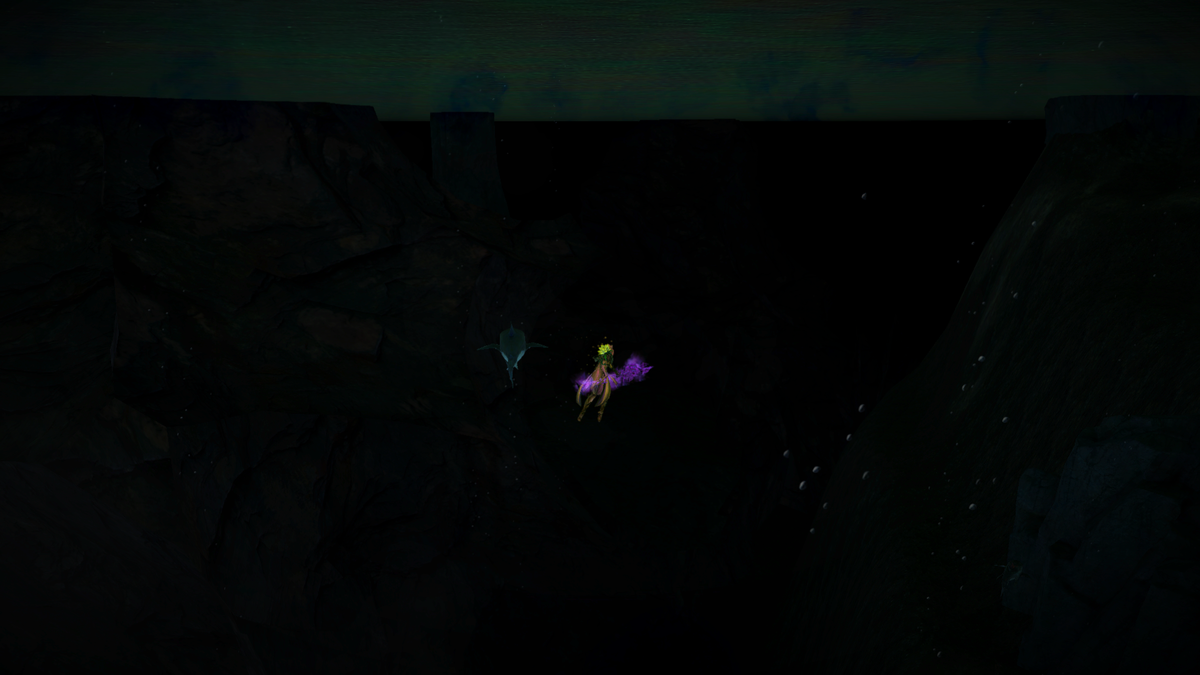 To the north-east of Union Waypoint is a large expanse of ocean and if you swim far enough, all around you goes black. The first time I noticed this, I was genuinly terrified and quickly swam for my life at the thought that there was something in the ocean with me. There might not be, but the fear alone was enough for me to remember the location fondly. Even today, going back to grab this screenshot, I still got a little nervous. 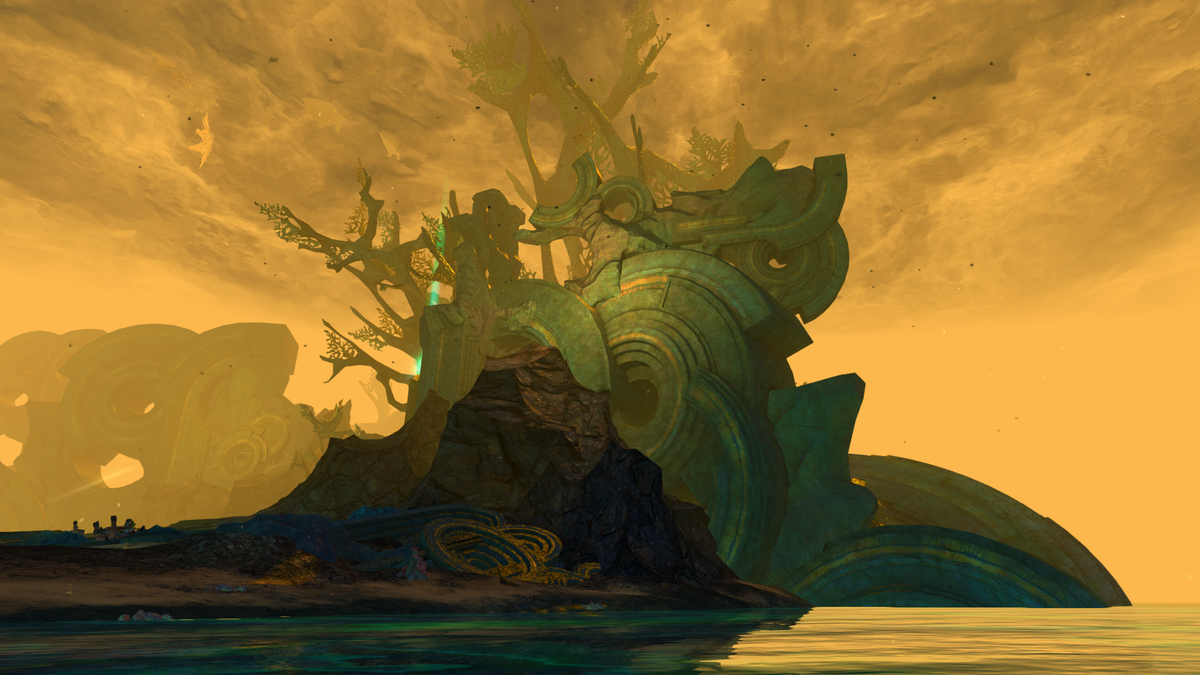 Again off the coast, east of Meddler's Waypoint, is a huge platform of metalic discs and coral. Overhead fly several dragons and in the distance, cannon fire erupts in the sky. Combined with the slight wisps of smog and debris in the air, I just love this view and I remember thinking to myself how grand in scale of some of Guild Wars 2's locations are. 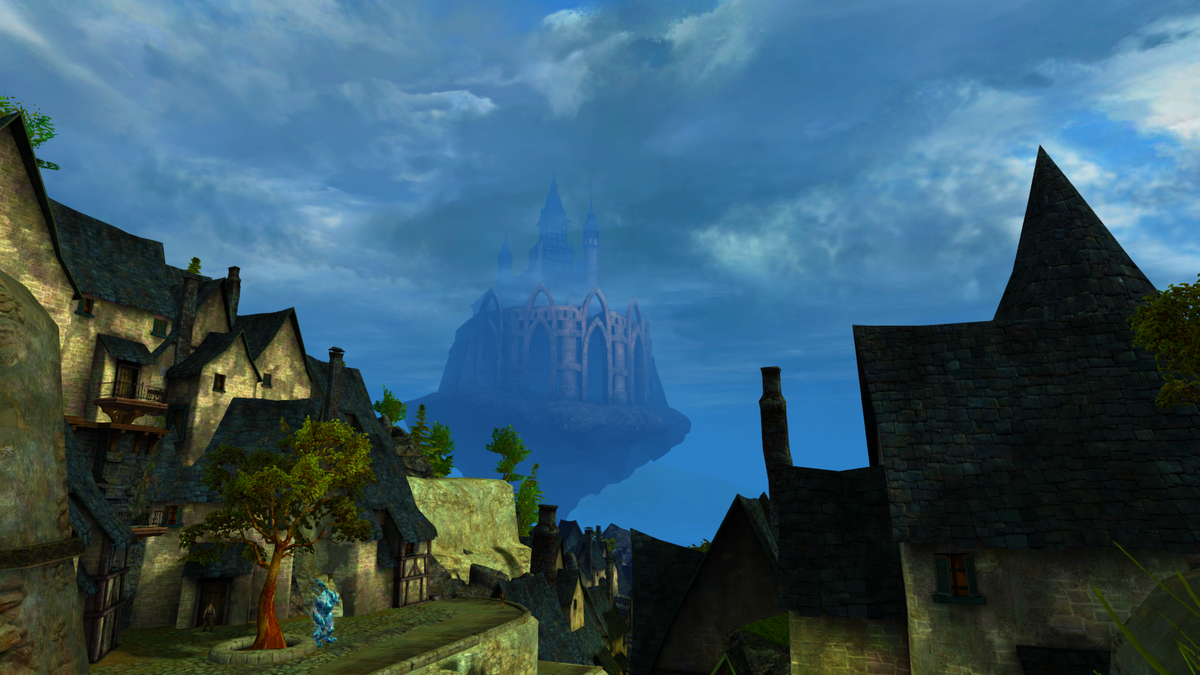 South of Darkwound Defile is Wizard's Fief and one of Guild Wars 2's most striking locations. The owner of the floating castle, Isgarren, provides the town with elemental guardians for protection. Story aside, I've always thought it would make an incredible location for a dungeon or raid. Heck, I'd love to have fought Isgarren himself.

Now that I've shared my favourite locations and because I'm feeling generous, why not share yours in the comments below? I'll be giving 100g to the best submitted screenshot in comments below. The closing date is August 7th. Good luck!