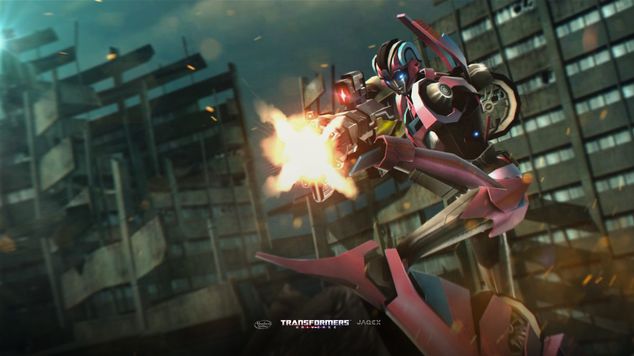 We don’t talk a lot about Transformers Universe because it doesn’t really fit the MMO genre, it’s some hybrid halfway between an MMO and a MOBA, lost in its own little world. Twitter user @spanky_ikkala asked us if we have an opinion and I sort of kind of have one after a day of playing it.

Disclaimer, this is my column and this is MY raw opinion written from a day of playing. It’s not the official stance of Ten Ton Hammer, just it’s writer, and the game is in beta so please forgive me lashing out and being so critical, when the harsh reality is that Jagex is being super nice letting people in to play early since this is a real earnest beta that is getting constant updates.

First let me just give you the 10 second rundown of the opinion, before I start getting more nuanced. It’s fun, but at the same time, not fun in a good way. It’s fun in the woah these game mechanics are awesome and more games need to have transforming robots. It’s not fun in the fact it’s a MOBA / online brawler with unpleasant graphics, controls, and core game mechanics.

To sum up my 8 hours or so of playing it today, I would say it’s a great timer waster, but I wouldn’t want it to be my primary game. Though, Jagex will over time make it better, it’s a true beta as it stands now.

I just almost nerd rage’d at the game, literally, as I am writing this. I spent about 30 minutes on the capture the objective map with one dude, against four other players, running around getting a 500 point lead. We were at 900 points, they were at 440 points. Then one of their guys dropped, a new dude came in, and he utterly devastated some faces, removing all of the hard work I just did and getting a victory by 30 points as they locked down all four points (which don’t tick if the enemy is in a nautical mile of them).

My nerd rage right now is running so fast and so furious, I’m loading up Yelp right now to complain. I kid, I kid, it’s a Jagex game in beta. It’s working with limited tools to be browser based, while at the same time trying to appease a very large market interested in the game.

So let’s get down to it. There are a few modes of play. One PvE mode which I can’t figure out, sorry guys, no clue what’s going on in it. You get some objectives and that’s it. My understanding is that it’s basically zombie hoard mode with the eviler evil robots.

There is capture the point. Hot spots of Energon show up and you have to capture them. Captured points give points.

There is a deathmatch, oh yeah there is that. Team deathmatch to. That’s about all the modes I could discover, I can read about a few more online, but the interface gives me nothing to work off of.

You can transform, the coolest part, but it’s… odd. It feels so good and fluid and cool and amazing, until you’re trying to get away and someone has the same speed or is faster and just lays into you as you’re driving off. There is no towers or turrets in the maps I played to give you a safe zone, so you get to just ride it out while someone has the freedom to pump your rear full of bullets.

When you die, you untransform, for some reason, instead of just blowing up or whatever transformers do when they get “disabled.” That’s LAME. Let’s see some Micheal Bay explosions gah. Not your robot sadly untransforming to play a quick death animation.

There is only about 20 million damage types in the game. It reminds me of an Atlus game, called um, Shin Megami Tensei: Devil Survivor in which the entire game was about creating a team of elements to battle opposite elements. I had no clue what did damage with what, how to aim anything, I mean I almost felt a bit stupid for a bit.

OKAY, I went and looked it up. The labeling is kinda dumb, but there is shield damage, spark damage (direct HP damage), and omni damage (damages both evenly). So you switch to do more damage to shields or health, I think. To be fair, what is AWESOME is there is like 2980723 videos detailing things, that also play in the game.

Now now, again, let me calm down my rage. I did just exit a game that made me almost tip the desk over in rage. Like, boy howdy, I’m still mad. I don’t get mad at games, but when I build a sandcastle for what feels like an hour, so long that I actually skip texting people for literally 43 minutes, and I work my ass off for a victory, and some dude just shows up and takes it away from me by kicking my sandcastle over and I’m helpless to stop it, then man, I get my butt hurt.

Pshaw anyway controls are terrible, worse than Auto Assault. I couldn’t steer the car and you’ve got to perform some 360 no scope jumps to climb a hill or transform out, then jump over it, then transform back (which by then the enemy has rolled up and is shooting you). Yeah, I’m not specifically sure what more to say.

Other than it’s a beta! So yeah, things are going to be rough around the edges. If you want my opinion, I’d seriously try it out even if it’s a hot mess, since the only commitment you make is the world’s fastest registration and a 10 second download to play what will be, eventually, a really cool fun online brawler.

That’s my opinion on Transformers Universe, it’s not going to be an eSport anytime soon. It’s tons of fun though, if you get past the huge glaring problems, ackward progression into PvP maps, unbalanced gameplay, and just general beta problems.

Again I am being very harsh, but at the same time, the game is in beta - I can’t stress that enough. Changes are going to come and Jagex, while a small and very slow company, makes quality products.

To read the latest guides, news, and features you can visit our Transformers Universe Game Page.