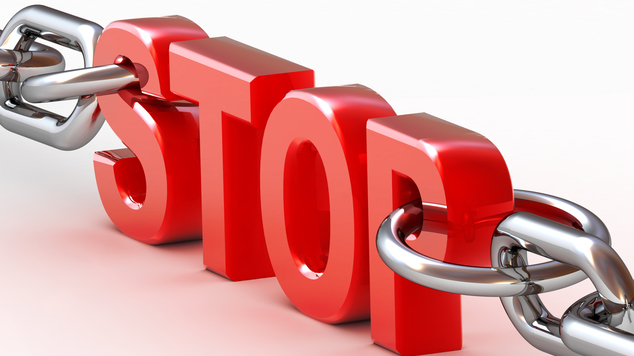 In a recent article I wrote on another site, I went into detail about an element of Landmark's latest update called "Linking & Triggering". I still can't get it out of my head. The parallels to Minecraft are compelling, but the most important aspect is the improvements upon that retro-styled game's best mechanic. Even more mind-boggling, this is going to take place in a socially-themed MMO.

Right away I'd just like to note that Minecraft is technically an MMO... There are a bunch of private servers out there that are simple massive, with thousands of players logged in simultaneously - which isn't much smaller than most triple-A MMORPGs average server population. The primary difference between Minecraft and more stereotypical MMO models is its ability to function as a single player game - even offline.

Given all that, I believe it's safe to say that Landmark is essentially a reimagining of Minecraft with a big publisher budget and intimate knowledge of MMO production. Sony Online Entertainment has been a major publisher in this genre, exclusively producing games for it since the original EverQuest. I look at the Landmark endeavor as a surprise game that popped up out of the advanced development goals of EverQuest Next.

At some point during the planning and big-wig meetings for developing EQNext's dynamic core systems, somebody realized that providing these tools to players in the form of a game was not only possible, but potentially lucrative. If you consider that Minecraft has millions of accounts and active players - a majority of which probably play it online or are playing it in private servers with friends, the potential is definitely there.

Before the coming update (that should go live sometime today or early tomorrow morning), I wouldn't have believed Landmark had as much potential as Minecraft, but now I finally do. Even with the restrictions of not being able to fully mod and edit the code and not being able to play online - Landmark offers everything else that Minecraft does, and even improves on all that - mechanically and graphically.

It's worth noting that Landmark still won't see major growth in its population until after Open Beta is released, but I believe we've definitely reached a tipping point. Very soon, the flood gates will open, and after that - who knows what's going to happen? Your guess is as good as mine, maybe. ;)

Linking & Triggering and beyond

Linking & Triggering is hands down the most intriguing tool any MMO player and sandbox enthusiast will get their hands on prior to EverQuest Next, followed closely by the soon to come Storybricks AI. In yesterday's article I referenced the Minecraft Redstone system as a starting point for understanding the concepts of Linking and Triggering, but that's just the tip of the iceberg.

Landmark's L&T comes with all of the benefits of Redstone system mechanics, but with very few of its drawbacks. The doors are literally wide open for players to create unique and interesting environments for other players to experience, right now. Even with the very basic features Landmark currently has in place, players are already able to sculpt a large chunk of the world and start assigning behaviors and triggers to nearly everything a player will potentially come in contact with.

Landmark already has more interactive props and crafted items than Minecraft, and the ability to edit voxels in much more detailed ways both combine to make the current potential much greater than this game's retro counterpart... and they're just getting started.

Eventually we'll get our hands on Storybricks AI as well as the "Dungeon Mastering" toolset that will allow for enhanced and detailed permission systems which will govern what happens to players interacting with all of your custom triggers, NPCs, and environment. Nevermind that the entire world is also destructible and editable. I honestly don't think most people can wrap their head around what that means for this game.

Landmark will be the first true MMO sandbox game to hit the market since late 90's MUDs - which had little to no graphical eye candy - a feature Landmark offers in bulk. For fans of the creative freedom provided by old school table-top RPGs, this game will answer the bell. Aside from creating custom races and monsters (which would require creating, rigging and animating), core systems are going to eventually exist that allow us to create just about anything else we'll need for customizing our campaigns and the world around us.

There will be very few limitations, especially as we move forward and the development team creates a more expansive database of props, textures, and AI components (animations, traits, behaviors, etc.) Eventually, the only limit may very well be our imaginations, which by now might be fairly rusty and limited; what with all the atrophy they've experienced from being forced through one linear experience after another.

I'm not even sure the majority of us are actually ready for something like this. Will any of us even understand what to do with it initially? Has the linear grind of traidtional "MMOs" warped the way we play games to the point that a true sandbox experience like Landmark has a lesser appeal? I hope not. It's the next step to a real and believable virtual reality, which is why I've previously coined Landmark and EverQuest Next with the acronym MMVR (Massive Multiplayer Virtual Realm), because they're not just MMOs anymore - they're starting to become something much much greater.

Are you ready for the future?

I don't think any of us truly are, but that doesn't mean it shouldn't arrive. We need this game, more than most of us currently realize. We're about to experience a whole new dimension of MMOs that most people have never seen or even imagined before. It's a thrilling thought, and an exciting experience waiting just on the horizon.

This isn't the same load of crap game developers have been feeding us for the past several years by labeling their new linear MMOs as "next gen", when really they've just been the same model that's been done for years, reskinned with a handful of innovative sub-systems. None of them have been truly different at the core; however, this time that isn't the case. Don't let the false advertising and bad marketing of previous titles water down the potency of what Landmark and EverQuest Next are claiming to have finally achieved.

This time "Next Gen" is for real, whether you are ready to accept it or not. Yes, the hype is real; and just to be fair, I did warn you with the title. Now this is happening:

Thanks for reading and if you enjoyed the article definitely comment below. If you didn't like it, go away. I'm just kidding, you can comment too; but be warned - I will be tempted to continue trying to help you see the light. It's not too late to fix you. :P