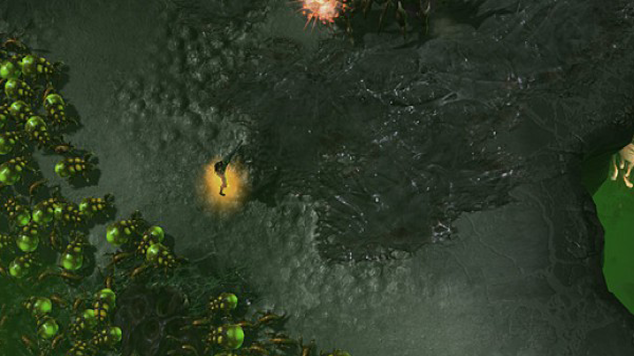 Beginner Scouting Guide for Starcraft 2
Learn what to look for and how to scout without drawing too much attention!

Scouting is arguably the most important aspect of Starcraft 2 multiplayer. Knowing where your enemy is, what structures they are building, and how many units they have is a huge advantage.  Early game scouting is especially important, as it will give you a pretty good idea of what your opponents overall strategy will be up until mid-game. For a new player this can seem a little overwhelming considering this is on top of managing resources and build queues. This guide will go through the basics of scouting, including what you should be looking for when you do get vision on the enemy.

Initial scouting is usually almost always done by a worker/SCV. For Terran players this is generally your 9th produced SCV, Protoss your first probe, and Zerg your 10th worker. Zerg can also opt to send an overlord to scout, especially if the map predetermines the enemies base.

Now that you’ve got your scout into the enemy’s base, what are you looking for and what can you learn?  Before we go into the specific tell tales of each race, here are some general thing you can keep an eye out for.

Proxy – If you notice that your opponent doesn’t have many/any buildings in their base, it may be that they have set up a proxy. A proxy is when you set up unit producing buildings outside of your base and closer to the enemy’s base in order to get units into the battle faster and increase pressure. Often time’s proxies are used in combination with a rush strategy.

Gas or No Gas – One of the tell tale signs the your opponent is going for a fast expand is if they have not begun harvesting gas.

Double Gas – If your opponent has upped their gas harvesting it’s almost a given that they’re looking to go for a fast tech build.

No Workers (Cheese Build) – A cheese build is a broad term for an unexpected strategy such as not building workers in favor of offensive units and then rushing the enemy. The giveaway of course is the lack of workers in the enemy base.

With Terran it’s not the first building that you’ll want to pay the most attention to it’s the second. Terran’s will always build a Barracks, but it’s the status of the refinery that you should be looking for.

If you notice that the enemy Terran has started their refinery before their Barracks, they are likely going for a tech rush and you should expect some Banshees. No refinery? Check and see if they have built a second Barracks. If there is not a second Barracks in the base you can assume they went for a fast expansion or a proxy.

Should their build be a Refinery after Barracks your best bet is to pull your scout to safety to get vision on the enemy base in a few minutes. If you do not see many units during your second scout into the base, odds are they went for a delayed tech build. Keep a scout nearby to verify what branch of tech they chose.

When scouting a Zerg the key item to look for is the Spawning Pool. If the Spawning Pool is completed or almost complete by the time your scout gets there, you can expect a Zergling rush incoming shortly. If there is no Spawning Pool yet, check for an expansion. If there is an expansion you are likely safe for the time being as they are taking the fast expansion route. The only other thing to look out for is an additional gas, which could either mean speedlings or a Roach/ Baneling rush. Keep your scout around as long as possible to confirm.

The Protoss’s main tell when scouting their base is their Chronoboost usage. If the have used their Chronoboost on workers, they are most likely going for an economy centric build. If they have not used it they are likely saving it to use on Warp gate research, which would indicate a Warp Gate Rush.

Next up you’ll want to check the Assimilator/ Gateway situation. If the Assimilator has been started before the Gateway, you’ve got a tech rush on your hands. More than one Gateway and Mother ship core are also signs of early aggression, and you should prepare for a rush.

Much like everything else in Starcraft there is no replacing in game experience as the main way of learning race builds and tendencies. But hopefully with the basics from this guide, you’ll go into your matches a little more informed and better prepared for what awaits.