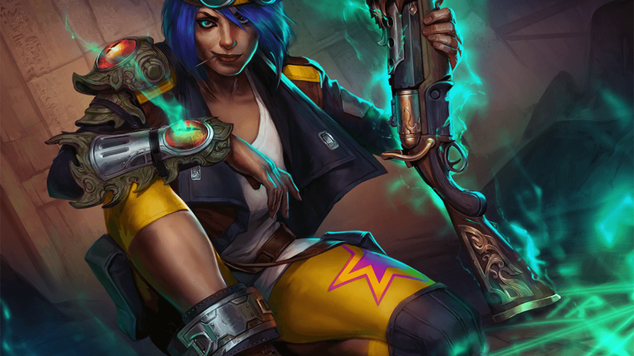 Breach: Demon Hunter Guide
In this Demon Hunter guide, we provide an overview of her strengths, abilities, and matchups.

The Demon Hunter is undoubtedly one of the strongest classes in the game. As an Assassin, its primary role is to deal damage quickly, but alongside this, use its utility to control the flow of a fight. With access to a powerful root, a banish that completely remove Strong or Elite enemies from play, as well as a ranged stun that can single-handedly shut down Creatures, there's little wonder the Demon Hunter is top-tier material.

Marked Shot (1) - Allowing the Demon Hunter to effectively grant a 20% damage increase against a single target, it allows him and his team the opportunity to deal significantly more damage to the enemy affected. With a relatively short cooldown (12 seconds) and with the debuff lasting for 6, it has a high up-time with not-too-shabby damage. Ideally you want to ensure it's always available for a Creature and Boss, but it can also be used on Strong or Elite enemies. Lastly, try to have all charges of Sticky Grenade available while Marked Shot is active for massive burst damage.

Binding Circle (2) - With a cooldown of 20 seconds, Binding Circle can't be used constantly. However, you've enough time to plant two (before the first expires) if you want to fully zone an area. When triggered, the trap deals damage (150) but also applies a Root. The Root, lasting 6 seconds, is lengthy and allows you to quickly apply Marked Shot, and unload all your Sticky Grenades. It's also important to remember that Binding Circle is placed and can be triggered instantly, meaning that if you're under heavy pressure from a possessed Creature, you can zone it and/or Root it with ease.

Banishing Relic (3) - Banishing Relic can be used on Creatures, but only if they aren't under possession. Typically however, you'll find yourself using it on Strong enemies to buy your team time, and reduce the number of enemies you're facing. If you want to end the banish, just use the ability again. As a final point, remember that Banishing Relic causes an instant interrupt, so can prevent enemies from using channeled abilities.

Siphoning Skull (4) - Without doubt a ridiculously strong Ultimate ability if the Demon Hunter is allowed to channel it, a single Siphoning Skull can lock down a possessed Creature for long enough for you and your team to kill it near instantly. Right now, it's undoubtedly too strong as it trivialises many Creature encounters. That said, a clever Veil Demon player can interrupt you, so do watch out.

Sticky Grenade (RMB) - An incredibly powerful ability, Sticky Grenade can be fired in rapid succession and all can be planted on the same target. Used with Marked Shot and Binding Circle, any high value target is a sitting duck and guaranteed to take massive damage. If you can, try not to waste them on lowly enemies, and instead save them for Strong and Elite Creatures for a fast punch of burst damage.

1. There's 6 seconds of downtime between casting Marked Shot. Skilled Veil Demon players will wait for this to be on cooldown before summoning a Creature. Ideally, try to hang onto it and only use it against Elite Creatures. A competent team can burn down any standard and Strong enemies quickly.

2. Marked Shot has a generous telegraph despite appearing as a skill shot. As long as you sort of aim in the right direction, you'll land your ability.

3. If you're going to use Marked Shot, make sure your shotgun is fully reloaded, and that you have all charges of your Sticky Mine. You need the window of opportunity to deal maximum damage.

4. Against Veil Demon such as Chaos Weaver and Veil Shifter, the Demon Hunter excels. The AOE potency of Sticky Mine ensures waves of enemies can be cleared incredibly quickly. Watch your opponent's draft.

5. Binding Circle can be placed instantly, and is capable of holding high amounts of enemies. With a 20 second cooldown, it's too valuable to waste on a single, weak enemy. Use it to defend yourself against a Creature, or to play aggressively and drop it immediately at their feet.

6. A good combo for the Demon Hunter is to use Banishing Relic on a target, drop a Binding Circle under them while they're banished, before ending the banish early. It provides an instant, gaurenteed root that allows you to then use Marked Shot and 4 charges of Sticky Mines. It's a rotation your enemy can't do anything about.

7. Remember that Banish Relic interrupts enemies. Use it to prevent a channeled ability.

8. Be sure to cancel Banishing Relic early if you and your team can quickly finish the enemy affected. Leaving it for the full duration simply protracts a fight that you may be able to end.

9. Siphoning Skull heals you when in use, and typically heals enough to have you withstand multiple attacks from weak enemies. Don't feel pressured to cancel the attack if only a few enemies are on you.

10. You can use a Healing Potion when channeling Siphoning Skull. It'll provide even more sustain if you're being beat on.

11. Try to use Siphoning Skull from a sneaky location, so that the risk of being interrupted is significantly minimized. This'll allow you to fully lock down a Creature, ensuring an easy kill for your team.

12. Don't be afraid to swap out Siphoning Skull for Healing Pact (Occultist). This makes the Demon Hunter particularly powerful, as it provides control, sustain and damage.

13. Sticky Mine deals huge damage, and even more so against Marked targets. Have your stacks of mines ready for when Creatures are summoned from the Veil.

To read the latest guides, news, and features you can visit our Breach Game Page.