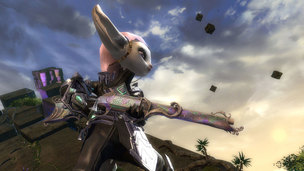 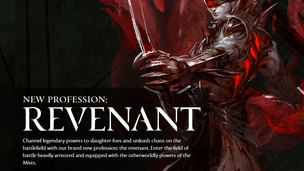 Rangers are a mix of naturalist and archer in Guild Wars and it appears that this trend will continue in Guild Wars 2. The announcement of the Ranger class in Guild Wars 2 followed a marketing campaign on Facebook asking users to guess what the new profession could possibly be. The Ranger will be a pet using ranged DPS class with a limited amount of melee proficiency. Abilities like traps, spirits, pet charming, and some of the signature bow attacks will be returning with these nimble footed archers.

The major focus of the announcement was on the revamped pet system. There seems to be a lot more to pets than charming a random wild animal that has killed you over and over for hours to level it up. Youll be getting three pet slots to hold your companions and will be able to easily switch your pets out of combat. This is in line with the other reveals where youll be given the ability to choose a weapon or skill set depending on the encounter youll be facing.

There will be a few old pet types (Moas for instance) returning and a few new ones, like sharks. Im not sure if sharks will somehow grow legs or will be an amphibian type pet only, but the prospect of controlling your own shark already has me interested. Each pet main type will have its own set of abilities and subtypes (like a fire or frost version) will have their own variations. I hope that each pet will be viable and we wont have a certain set of pets that you can use and certain sets that are just downright useless.

A standard set of commands will come along in the new pet system. The usual aggressive, defense, and passive toggles will exist along with the attack, return, and stay commands. This is the de facto standard for almost every pet class in any MMOG. Pets will be able to evolve from evolution level 1 to level 20 and will gain evolution points along the way and up to four skill slots. This is a preferable way to me over the current way of making the perfect pet in Guild Wars in which youll need to death level a pet for about 30 minutes to make it either Hearty or Dire.

Overall the furry animal companions (or toothy Sharks) seem to remain a great addition to the Ranger profession. From the videos we can tell that the pet models look to be highly detailed and this will make for one interesting profession to play.

This reveal focused mostly on the Ranger pet skills and not so much on the Ranger itself, but we did learn a few new things. The first is that Traps and Spirits will be returning almost verbatim from Guild Wars. The only difference is that Spirits are now tethered to you, which I can see a smart move considered the persistent world.  The other is a list of five skills that we were given a sneak peek at.

Barrage: Barrage seems to be a volley type skill now that allows you to select an area on the ground and launch a barrage of arrows down on it. It seems to be a great AoE ability with a really good effect.

Hunters Call: This ability seems to be used from a Warhorn (in the offhand) and summons down a group of birds to attack your enemies. This is fascinating to me because its such a unique and awesome skill, while at the same time it made me feel a bit uneasy.

Spread Shot: The skill seems to be a frontal cone AoE volley of arrows, but the video showed us something a bit more interesting. The Ranger used a torch to light the ground on fire and then used Spread Shot through the fire to ignite the arrows. That seems to be a very interesting combo and shows us how the environment may play a very big role in GW2.

Serpent Strike: A really cool ability that seems to run you to the back of the enemy to deal damage. This allows you to avoid the frontal arc which is where a lot of melee DPS seems to come from. A bit situation probably, but appears to be a great offensive/defensive ability.

Whirling Defense: There was another very interesting offensive/defensive ability showcased and that was Whirling Defense. It appears that the skill has been changed substantially.  It now appears to launch any attacks back directly at the enemy, which may make it a great situational ability for taking out large hordes with one skill, not to mention how cool you look while using it.

Overall the Ranger profession appears to be a really fun class for those who like attacking at ranger or even in melee. The pets look interesting along with the evolution system and the skills appear to work really well with the class.

What do you think about the Ranger? Is this on your list of classes I really want to play or are you still hoping for another announcement with your favorite class? Let us know on our Ten Ton Hammer community forums.