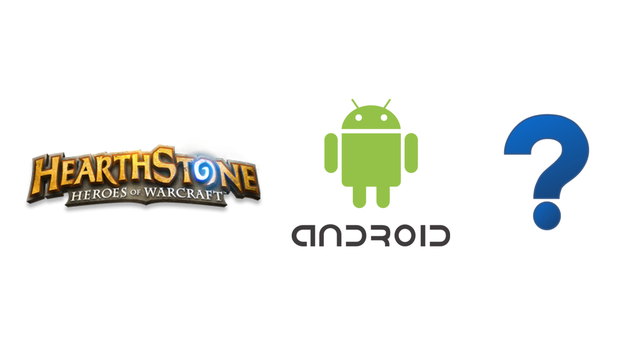 Hearthstone on Android: Installing to SD and Displaying Proper UI
Hearthstone is now available on all Android devices, not only tablets! However, some users have experienced tro

Whether you're a new player or a seasoned vet, being able to take Hearthstone on the go on your phone creates a whole new world of accessibility for the online card game. It hasn't been without it's issues, so we're here to provide some quick tips to get you up and running in no time (unless you're playing Face Hunter...in which case, according to this reddit thread, you're a meth addict and need help.)

Issue 1: Not enough internal memory on my phone! How do I install to the SD card?

The problem here is that Android phones typically do not offer a way to instruct the device on where an app should be downloaded. Because of this, it will automatically download to the phone's internal storage, where, for most people, there will not be enough room to open the app and unpack the files. So, we'll need to move the app to the SD card. First, make sure you do have enough room on your phone's internal memory to download the initial app. If you don't, follow the next step to move other apps on your phone to the SD card, they can always be moved back later.

While the exact process will differ based on your device and version of the Android OS, go to Settings -> Application Manager, and find the Hearthstone app. Once you select it, there will be an option to "Move to SD Card." Do this before attempting to open the app. Once it's successfully moved, then you can open it, and unpack the files to the SD card. From there, you should be good to go!

Issue 2: I can run the game, but it displays as if I'm on a tablet while I'm on my phone!

This one is a bit trickier, but can certainly still be solved. Despite what some believe, there are not two seperate versions of the game for phones and tablets. It is the exact same application, just with two different display modes. The trick is that the app will detect the parameters of the device it's on when it's first started, and will set the display UI based on that information. If this is happening to you there is a way (albeit unofficial) to force the app into displaying the correct UI. Reddit user KantiDono has provided a way to do just that, and you can find the full instructions as well as the download links right here.

One other possible issue for those rooting their phones:

While rooting a phone can actually sometimes provide workarounds for these types of issues, it can also bring up unexpected new problems. For those using Xposed App Settings, there's an option called "Xlarge res" that could also affect the display. If you're using Xposed, play around with that setting to see if that solves the issue.

Hopefully this solved any issues you may have been having, and you're now able to start showing off your skills in Ranked play or the Arena. Good luck!