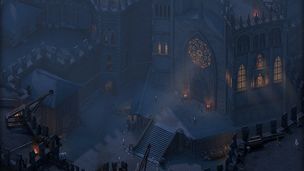 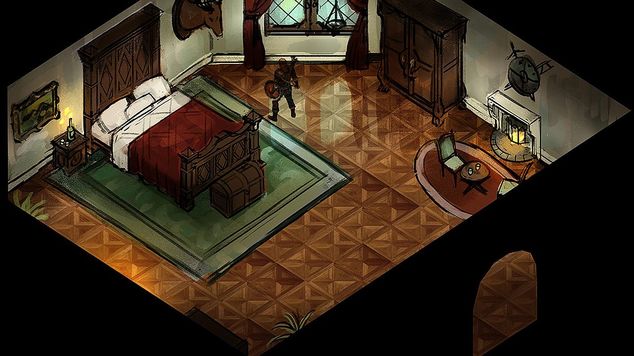 Here are ten useful tips for Pillars of Eternity. These tips are general things that you should know when you're playing to make the game more enjoyable and increase the quality of life. Before I make you go any further, here are the tips:

Remake the PC Character Often at the Start

When you first start playing, you're not going to have a single clue what your character is or what it is doing. As you play through, you get gameover a lot. It takes roughly an hour or two to get through the first introduction area, the first mini-dungeon, reach the next city, go through the cutscenes, and recruit your first four companions.

Having a good balance of tanking, DPS, control, and support is critical for tougher encounters. Having a group with a lot of different forms of damage and elements is also useful, along with having a team specifically ready to fight various enemy combinations.

There is three different speeds. Half, regular, and double (for movement out of combat). You can also pause at any time, which you should do frequently. You don't encounter enemies often enough that it's a chore or a grind to sit and fight each one, so the extra time pausing can save you the extra time bothering with dying and the such. Seriously, pause the game, you have to utilize the abilities of all of your party in every fight, otherwise you're going to die a lot.

Follow this guide for help, but yeah recruit 'em early. You get a pretty balanced party by default and can bring on hirelings and the such later on for more balance along with your PC character.

Read the Story and Explore

One of the major, major components of the game is the story. It's a roleplaying game and the entire intent is to simulate the PC character and his party going through an epic journey together. This arrangement has everything you expect out of traditional modern RPG thrown in a loop. Combat isn't always the most efficient route to leveling up when there is leveling and exploration.

Additionally, the game rewards you for avoiding some of the harder fights, on the basic premise that you can return to fight them at a later point when you're more well equipped. Scouting mode is the most important tool for exploring, in the sense you can avoid combat and explore without much hassle.

Spam TAB to find points of interest, as well. I believe Y is the default for always on, if you want spoilers.

As mentioned above, the point of the game isn't combat, combat is just part of the game. Questing, exploring, crafting, etc. are all fully fleshed out systems that you'll want to do a ton of in order to really enjoy the game. A lot of players get frustrated because they try to play it as a pure action game, to which the system and mechanics are frustrating and can get kind of pointless.

For instance, as a Paladin or Priest, your morality choices impact your skills to a degree, along with a vast majority of the story points. These games are built essentially like visual novels, with a combat element, so consider that as you're playing.

Per our attributes guide, understand that stats are more or less useful for everyone. When you level up, there isn't a "wrong choice," although many will argue that there is a "best choice and other viable choices." When you increase attributes, consider the needs of your party and your past experiences. If you're running into a lot of mechanic checks, then increasing mechanics might be a good idea.

Think Outside of the Box

When you're in a fight against multiple enemies, use doors and small passages to your advantage to keep them blocked from progressing to your back line, or to manage their movement better. You need to have two tanks, in general, ready to keep the enemies attention, while everyone else focuses on support, control, and damage.

There is a lot of ways to approach many of the encounters you'll run into, so be clever and don't assume you need to engage everything head on.

Early in the game, traps are less prevalent, but after awhile, they start appearing everywhere. Watch carefully for them and be alert as you move through the world.

Part of the fun of the game is exploration and figuring things out on your own. Everything, in a sense, is viable. Some players argue that only certain things are viable and the rest aren't, while others make the point that Obsidian tried to make everything as viable as possible.

Consider all the options when you're making choices in the game. That's the fun of it!

That's my tips for the game, I hope you have fun in PoE!