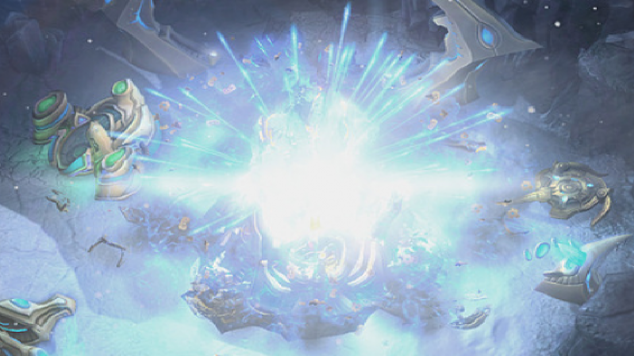 Starcraft 2 Tips for Beginners
Tips that any new Starcraft 2 player can benefit from knowing.

Whether you're coming from the campaign or another game entirely, jumping into the world of Starcraft 2 multiplayer can be a scary and overwhelming experience. Things move at a fast pace, be it choosing what build you're going to use, implementing that build, and attacking/ fending off enemy forces usually all at the same time. While you'll learn a lot of this through practice and experience, there are some tips you should be aware of that will make your first games a little more manageable.

For a lot of people playing in 1 v 1 ladder matches can be a very stressful experience, especially once you get up to the higher ladders. It's important to keep your cool, as allowing the anxiety to take over will only detriment your game. Focus on your build and stick to your plan. Eventually as you play more and become more confident in your skills this anxiety will fade. And remember, it's just a game. If you're not having fun, take a break and try again later.

If you've ever watched a pro Starcraft 2 player and payed attention to their resource bar you'll notice that it stays pretty close to zero the majority of the match. This is because they are constantly building/upgrading as soon as they meet the resource requirements for their next unit/ building. If you're not producing something, chances are the enemy is, which puts you at a disadvantage. Keeping your resource total close to zero (assuming you have harvesters) is a good sign that you are playing efficiently.

Gathering information is half the battle in Starcraft. Knowing what units your enemy plans to throw at you is absolutely need to know information if you're going to have any sort of chance at winning. This is why you must scout early, and scout often. Look for the type of structures they are building to give you a clue on the types of units. Also be sure and scout nearby spawn locations to check for expansions. Eventually you will become familiar enough with the races and their builds that you will be able to tell exactly what the enemy has planned for you and you'll be able to react accordingly.

Proper use of the hotkeys can greatly increase the speed of all your in game actions, be it producing units or moving them around the field. You can find the entire list of hotkeys via the in game menu, most of which can be customized and swapped to your hearts content. The less times you have to manoeuvre your mouse around the screen the better. Eventually you will only be doing so to select units and move them.

Every game has it's meta, and Starcraft is no exception. Each race has it's own selection of popular "build orders", that have their own set of instructions and which each serve a different purpose. For example, a popular Terran Build is the 1 Barracks Fast Expand, which can be used very effectively on maps with a ramp from the main base to the natural expansion.

A good place to start researching and learning new build orders is by simply googling the race you are playing followed by "build order". You will quickly find the most popular ones, and can begin putting them into practice. A site you will also want to check out right off the bat is the Liquidpedia Starcraft 2 Wiki which not only provides many of the most popular builds, but also a complete wiki for the game. Very useful for new players.

A common mistake by new players is that they don't build enough resource harvesting units. Building an army and buildings, upgrading those units and buildings, it all costs a lot of resources. Gather those resources significantly slower than your opponent, and you put yourself at a large disadvantage.

The general rule for harvesters is to have 3 per mineral patch, and 3 per geyser, which will bring you to around 24 or so for a standard size mineral field (usually contain 8 mineral patches per field) plus the 3 per gas geyser, should bring you to around 30. Of course if you expand into another base you will need to construct 30 more. There is no real "max" limit for the number of workers you should have, but if you have 2+ bases to harvest from having 70-80 harvesters will keep you flush with resources while leaving you enough supply room for a sizeable army.

Do you have any tips for new players that you learned about the hard way? Let us know in the comments.