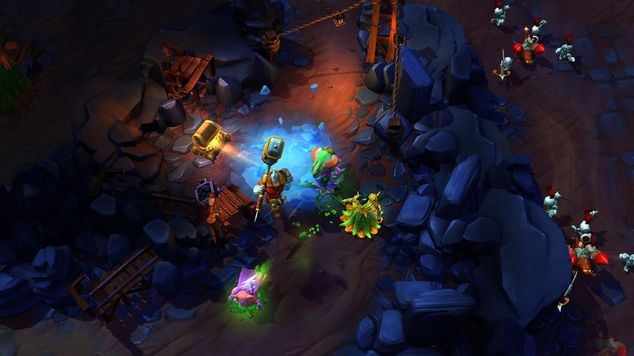 Pets in Strife are an interesting addition to the formula when compared to other MOBAs. They replace the runes and active summoner spells in League of Legends kind of, it’s the closest way to describe it. Pets follow you around and engage the enemy alongside you in unique and interesting ways, while providing you with an active skill that can restore mana, health, or engage in some other activity.

You automatically get to pick one at the start, between the three starter pets, and then you can purchase other pets later with a special pet only currency (seals). The starting pets are:

There are additional pets with the following special abilities:

Each pet actually has three abilities, the ones listed above are the active ones and will have the biggest impact. The passive abilities are just as important though. Pets generally have one active ability that they use when you’re in combat, with a cooldown, and one passive that boosts your damage or stats. For instance, Mystik will increase your magic damage by 6% and do up to 96 pure damage to any enemy you attack based on your level every 16 seconds. Razer increases attack and heals for up to 96 health every 16 seconds when you attack. You can see the full list of up to date stats for each pet within the game.

Pets level up and the higher the level the more skills they unlock. You can check out the most up to date skills in the pet menu in the game. They’re constantly tweaking Strife in the early phase, so anything I quote you will change regularly.

Choosing a pet is tough, because it’s a trade off between twitch gaming (knowing when and where to use the ability) or just general everyday helps everyone. General community consensus is that the best starting pet is either Tortus for gamers who want something good for every hero and Pincer for gamers who have a lot of expertise and can make the most use out of its stun break.

Beyond that, the rest of the pets are very hero specific. You’d only use Topps for melee DPS builds for instance, where you need to snare someone early game and get the kill. You’d use Luster for jungling, but, generally I haven’t found any team comps with a jungler.

Mystik is a weird one. I prefer Mystik and a lot of people do, but at the same time a lot of people hate it. I play mostly spellcasters, so it’s nice for me to get the mana regen and extra damage. In the same light, some people consider Tortus useless since he’s a simple heal HOWEVER, for someone just starting, that heal can be a lifesaver for you and stop a lot of embarrassing deaths.

Finally, it does take awhile to max out a pet, but that’s totally fine - aim to level up one or two pets and specialize. Have a pet for your favorite heroes and then one that works with everyone, and level them up as you play. The extra damage / health / etc. is crucial as you level up in rank.

You can cutomize your pet for seals or real life money. Right now, the only customization options are size (young, average, and old), but as the game expands you should be able to customize them further.

That's pretty much it on pets in Strife! They're a really simple concept that takes a lot of the work out of specing your characters and get to travel around in the game with you too.