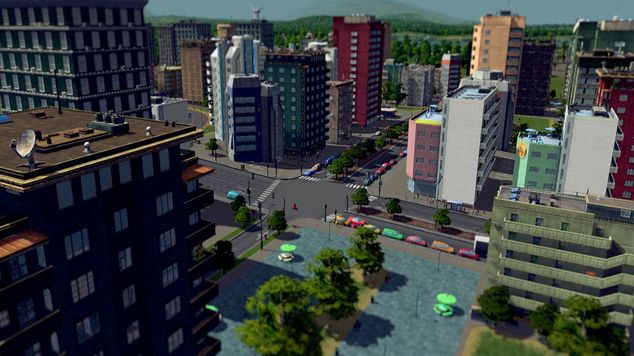 There are many different mods for Cities: Skylines and they can really enhance the game. It comes with two mods, the first unlocks everything and the other is unlimited money, basically "sandbox mode." There is many more in development and many more out there. The game is still in its youth, but there is already some high class mods out there to help. This list may change over time, but for now as of the launch version and first patch, these mods are my favorites.

Be sure to explore other mods for your city and don't forget all the cool assets out there!

There are my five favorite mods for the game, in no particular order (all mods available in the Steam Workshop):

As your city grows, you need a better image of what's going on with public transit. You'll have many smaller cities going and each with its own bus route and metro station, but you may be missing coverage, and this mod helps you route it out. 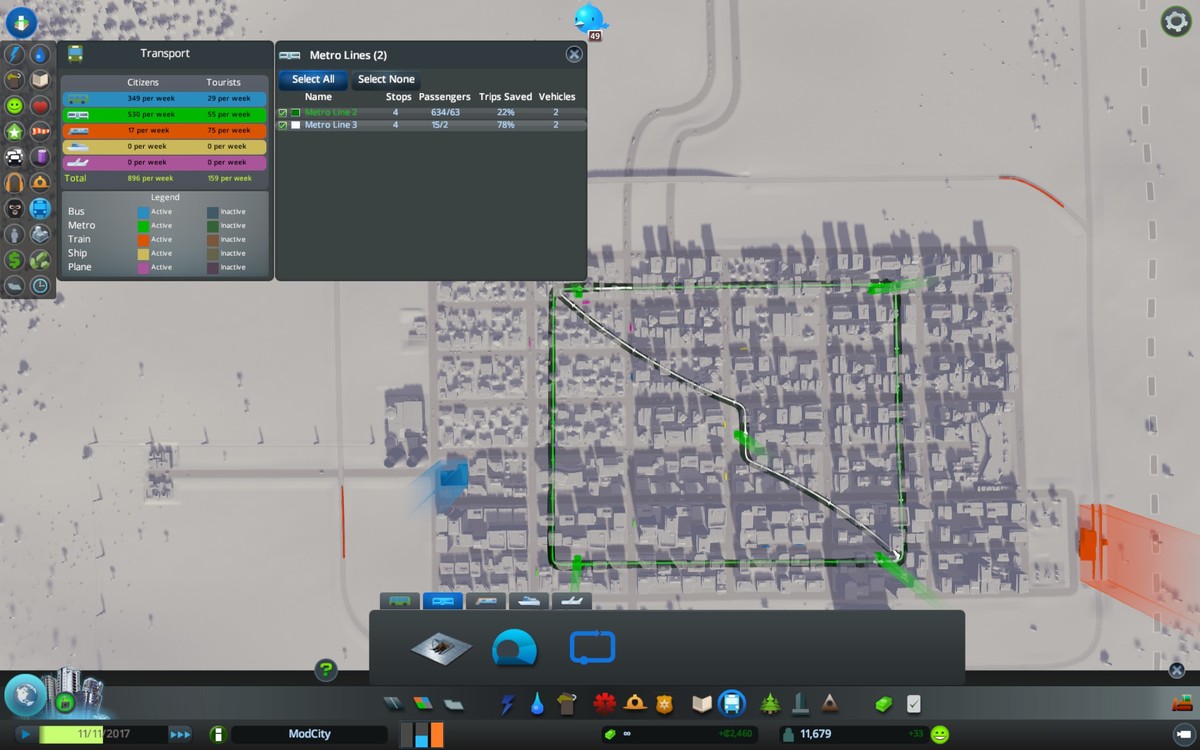 An instant solution to a lot of traffic problems for some and for others, a way to fix intersections that traffic lights don't make sense (highway ramps into roundabouts). This mod to me is beautiful, because intersections are what causes traffic. Given a space, a car will move into it, but with a traffic light they will all be forced to stop.

So this is a lazy man's solution to a lot of traffic problems and a smart city designer's ability to have choice.

So this is a mod to make some fun cities where you don't have to worry so much about traffic to residential. Cims will walk to the nearest road where you can have a metro station or bus stop waiting for them, removing most residential traffic and having all traffic be focused on high-density residential and commercial / industrial.

It's fun, I suggest playing with it, but remember maps made with it can't be played without it.

This mod makes it where you don't have to place a road down to unlock all of the roads, which seems like a small deal, but it's a huge one when you're in the phase of trying to figure out the best starting placement of roads and you have to place one small road down for literally no reason in order to build the rest of the roads you want to use. 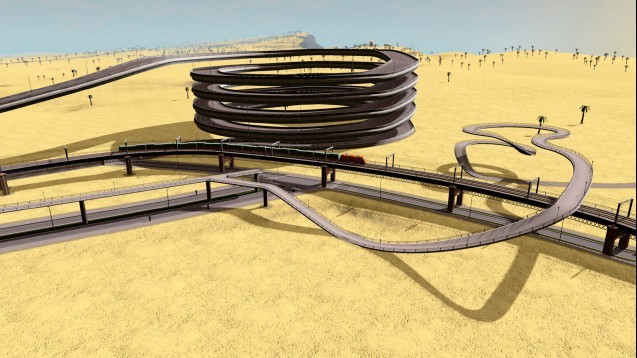 Adds realistic roads to the game, where you can build a road on top of another road (or even run train tracks above all of your roads). This is INSANELY perfect, because it removes the need for pillars, and can make your city look VERY pretty and very helpful in running some common road types we see in America where roads or trains are stacked across each other, but they don't use a pillar specifically at x position and y spaces apart.

This sort of "floats" them above, with an added way to use concrete to raise the road for railroads. this lets you create some really cool road designs without having to compromise much.

Reports show that while this mod is amazing at saving the headache of bulldozing things yourself, but some are seeing demand plummet (probably because land value remains too high everywhere at every second). Anyway, look into it, but know there are problems.