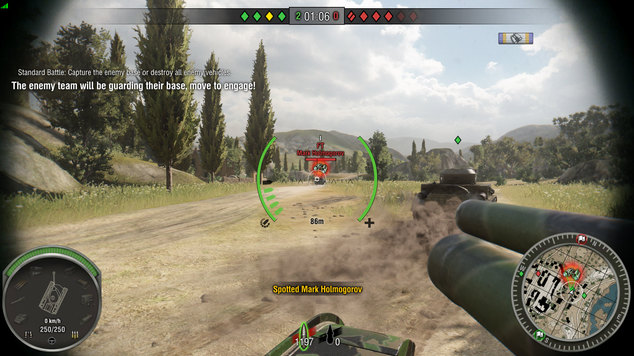 Most people wouldn’t equate sniping with a tanks game, but those people probably haven’t played World of Tanks on Xbox. Long Range combat is a staple in World of Tanks, with each tank even having its own “Sniping Mode” that gives the player access to zoom functionality for those extra-long shots. Sniping is a good practice for a variety of reasons, it keeps a large distance between you and the enemy and you’re generally stationary which gives you better accuracy which in turn deals more damage.

But it can also be a challenge, mostly for those same reasons. You require better accuracy because you are farther away from your target. Being immobile in one spot too long makes you a prime target for the enemy tanks.

That being said if you’re smart about it, spending matches sniping can be a very effective way to play. Here are some tips for going about it the right way on the Xbox One and Xbox 360.

Sniping requires you to lay in wait for your target so you can get that perfect well placed shot off. While you’re lining it up you will be very vulnerable to enemy fire either from the tank your hunting or another one patrolling where you didn’t see.

Always try to have your tank under some form of cover. There are many different types of cover in the game. You can park in busses or amongst trees in the hopes of blending in. You can find buildings and alleyways to park in. You can use hills and high spots in the terrain to hide the body of your tank from view while your turret juts above to fire. Even the husks of dead tanks can be a form of cover, although they do attract attention.

Being above the enemy target not only gives you a better vantage point of their movements and the general battlefield situation altogether, it also lets you see more of the tank so you can place shots in the vulnerable areas. If you are slightly higher than the target tank, you can hit its top, side and sometimes rear armor more easily than if you are on the same plane as him where he can simply face you head on with his heavy front armor.

Just remember to use some cover while you are at height, because most tanks will stick out like a sore thumb with their giant silhouettes against the skyline. 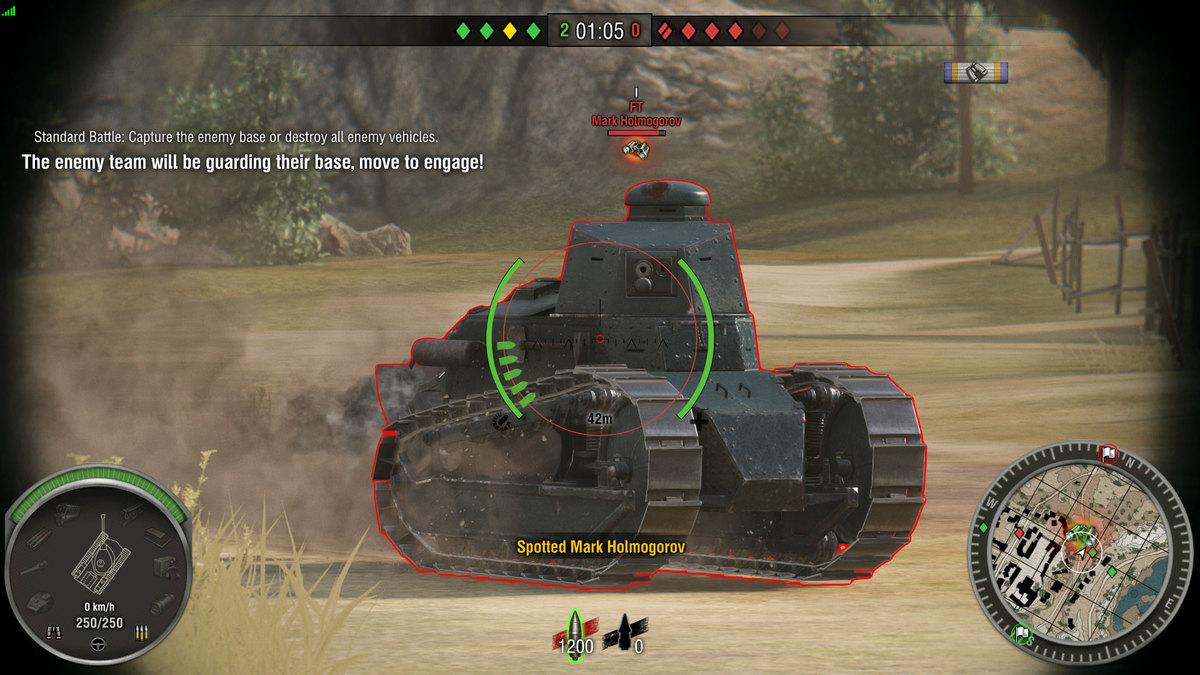 Your sniping mode is activated by pressing the right stick down which will zoom you in a fair distance. Try to have your reticule already on or near to the target before you engage sniper mode, because it can be difficult to find after zooming in.

When you’re zoomed in on your target and ready to fire, always wait for the circular reticule to shrink to the smallest size. This reticule represents your accuracy which will increase the longer you hold it stead on a target.

The center of the reticule will also be a different color depending on where you are aiming at the target. Red reticules mean you have no chance at penetrating the armor of the area you are aiming at. Yellow means there is a good chance it will get through, and green means the shell is guaranteed to penetrate.

You don’t always have to take body shots at the enemy tanks, you can actually target specific spots to disable certain functions. For example you can target the treads to immobilize the enemy, a good tactic to use if they are rushing your location. You can also aim for the area where the gunner is located inside. Score a direct penetrating round to this area will likely kill the gunner disabling their cannon in the process.