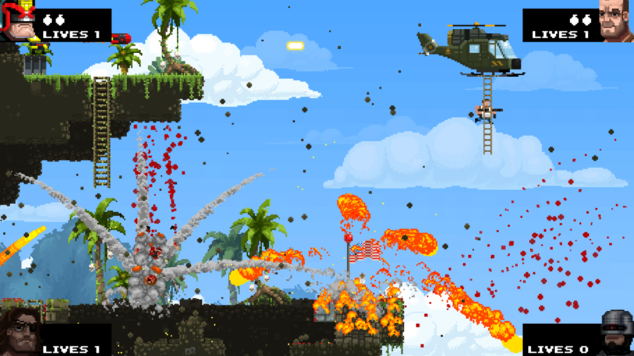 A First Look At Broforce

Last week was E3, a three day industry spectacle that's actually four days, where insiders do their best to impress each other and members of the press. While E3 is not geared towards fans like other yearly gaming events and cons are, the unofficial forth day, or Day 0, aims for a Michael Bay inspired flashiness to woo over industry professionals and gaming patrons alike. We saw presentations from the biggest names in consoles, filled with new titles and sequels to guaranteed money makers, given by guys in well-tailored suits acting like they're one of us. During Sony's PlayStation press conference, we saw a reminder of titles that were announced last year, titles we can't own until next year, and then they got to the part where they talk about the PlayStation Network and indie developers. This brings me to my favorite part of E3 2014, which can be summed up in one word: Broforce.

Broforce, which will be available for a variety of platforms, is available through Steam, Humble and the PlayStation Network, currently has a working brototype that is playable through a Unity-powered web app, and is also available as a stand alone, downloadable client. While you can play alone, what fun is fighting for freedom without bros by your side? Broforce empowers you to play as your favorite 80s action hero, with new bros being added in constantly. You can play local bro-op with your real life bros or team with with non-local bros through multiplayer bro-op. Broforce is kind of like starring in the Expendables, but without the old dude slow punches. My sincerest thank you goes out to Devolver Digital. You and Free Lives have won over my cold, black heart. How's that for shock and awesome?

By playing your bros, you unlock other bros, giving you an endless supply of bros for your bro-army, which you can then use to team up with other likeminded bros to defend freedom and combat mechanized terror units. It's a fight to see who is top Broniversal Soldier and the threat level is LIBERATE. If running around as BroboCop or B.A. Broracus isn't good enough for you, maybe you need to jump into this side scroller action game and blow things up with a brozooka. Duct tape and paperclips espionage more your style? MacBrover has you covered. Still not convinced? Maybe tactical swine is what you need. That or you're just not a lover of freedom, baby! 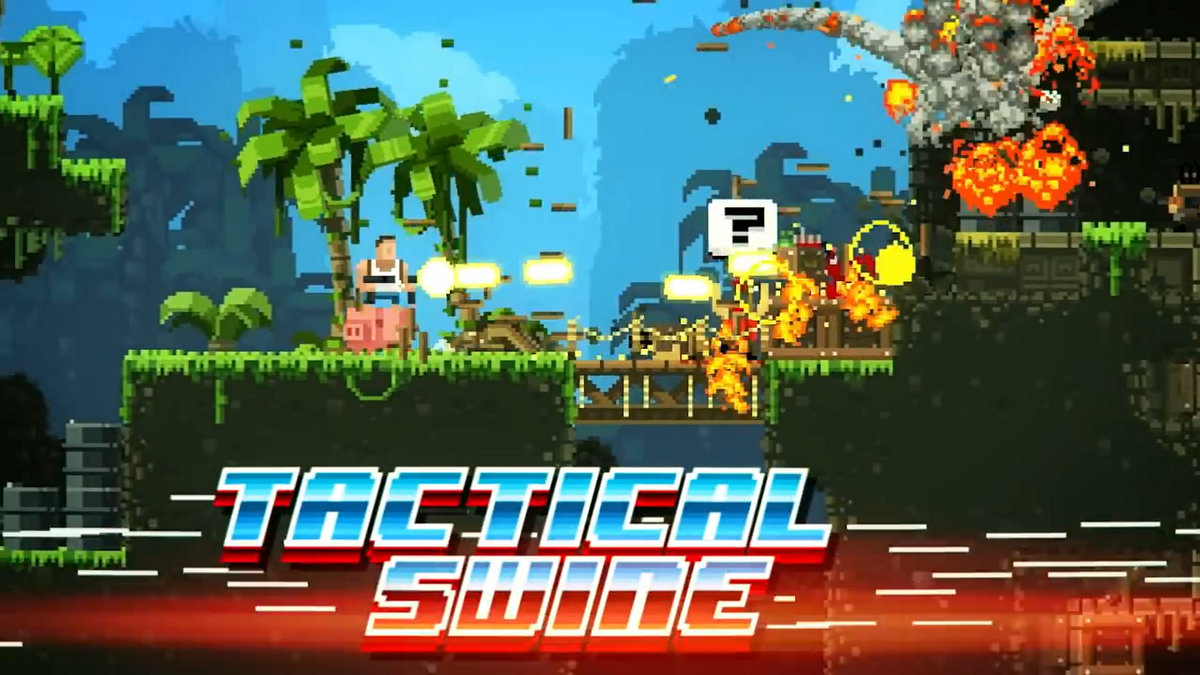 I give Broforce 8 out of 10 goats. With new bros constantly being added in and an amazing soundtrack (seriously, check out Indiana Brones at the end of the May 2014 Tactical Update), Broforce can only get better. I think Bro Hard will be my Holy Grail, especially since Die Hard is the best Christmas movie in existence. To get a sweet taste of freedom, the playable alpha-build Brototype is available directly from the Broforce website.

To read the latest guides, news, and features you can visit our Broforce Game Page.