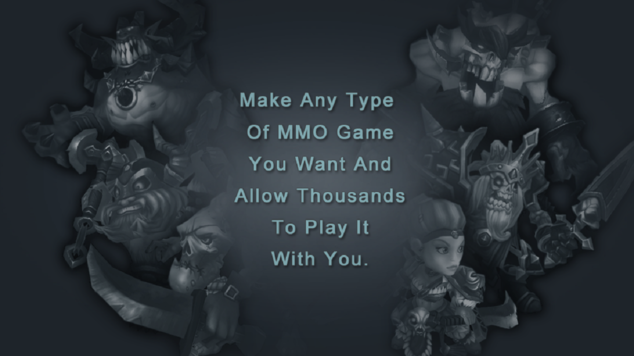 Build Your Own MMOs with Atavism

Armchair devs everywhere can finally rejoice with this new game of sorts called Atavism. Atavism is the MMO you get to play developer in, which is like one giant Unity sandbox. Always wanted to develop your own MMO without dealing with learning pesky programming languages? Atavism is your solution. In fact, developer Neojac Entertainment, the brains behind Atavism is also developing an MMORPG called Neo's Land using Atavism.

Atavism is currently working on becoming Greenlit by the Steam community, but anyone interested in purchasing a license now may do so directly through the Atavism website. A variety of packages and addons are available, depending on how serious you are at developing an MMO or just want to check it out (warning: don't expect to pay $40 and have a fully functional MMO development tool, let's be real here). So, why should you use Atavism? Neojac offers the tools and the server space and even has Unity Boot Camp built into the client and because Unity supports a ton of platforms, once you put your game together, it can be ported to any of these supported platforms.

Atavism opens up development opportunities of virtual online worlds to everyone regardless of programming knowledge or artistic ability. Integrated with the Unity engine as the client, game developers now have direct access to one of the highest anticipated MMORPG engines in the market. Focus on developing the game and not with programming the networking backend.

How would you develop your first MMO and what would it look like? I'm currently trying to figure out how to turn Goat Simulator into an MMO, as soon as I figure out if it would be an MMORPG or a MOBA. I swear, it'll be amazing and I plan on taking my collection of MS Paintings to Coffee Stain Studios as soon as I get over my indecisiveness. People like me, who have an idea, but no real way to implement something, could potentially use Atavism to create something really cool. Atavism has so many built in ways to create worlds, and even has plug ins to go further. Want to jump on the voxel bandwagon? No worries there. Neojac's got you covered.

It would be a lot of fun to be able to take all of these ideas I have in my head and see if I could make a cohesive MMO out of them and see how enjoyable my friends would find them. The day I stop finding other people's games enjoyable might be the day I see if Atavism is right for me. In the meantime, it'll be interesting to watch Neo's Land develop and see how developing within Atavism works for the devs who created Atavism in the first place.

To read the latest guides, news, and features you can visit our Atavism Game Page.