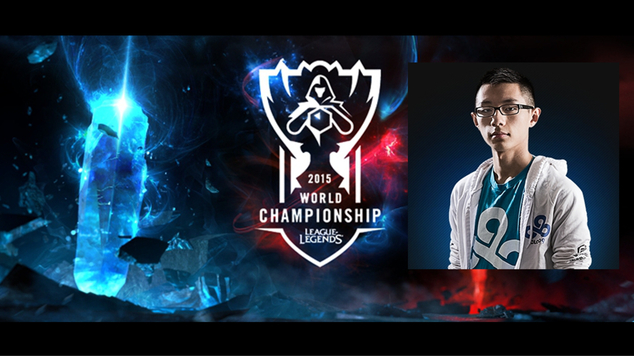 Cloud9's Hai Fined for Obscene Gesture at Worlds
CLG gave Cloud9 their faith, and their fines.

During a player interview before Cloud9 took on ahq eSports, Fnatic's Fabian "Febiven" Diepstraten stated he thought ahq would win due to Cloud9's predictable pick/ban strategy. Cloud9's jungler Hai "Hai" Lam, was able to hear this while setting up for the match, and had a unique way of communicating his feelings to his friend, as you can see in the video below (pay attention to the upper left corner at around 9 seconds in.)

This video made the rounds on social media, and most people had a good laugh, knowing that Hai and Febiven are friends, and the bird was flipped in a playful manner. Unfortunately, the rules the players agree to follow do not care what the intent behind such a gesture are, only that it was made. The relevant rule here is:

A Team Member may not take any action or perform any gesture directed at an opposing Team Member, or incite any other individual(s) to do the same, which is insulting, mocking, disruptive, or antagonistic.

Because of this, Hai has been fined €500. There is certainly an argument to be made that a joke of this nature between two friends should not be taken seriously, and isn't worth a fine. Then again, it is an "obscene gesture" that was made in front of a huge audience (both live and watching online), and not everyone necessarily knew that the players were friends and it was only a joke. It might seem a bit excessive, but Riot Games has made it clear exceptions will not be made when the rules are broken, and so the fine has been levied against Hai. Fortunately, Cloud9's owner, Jack Etienne, is already seeking to raise the necessary funds: