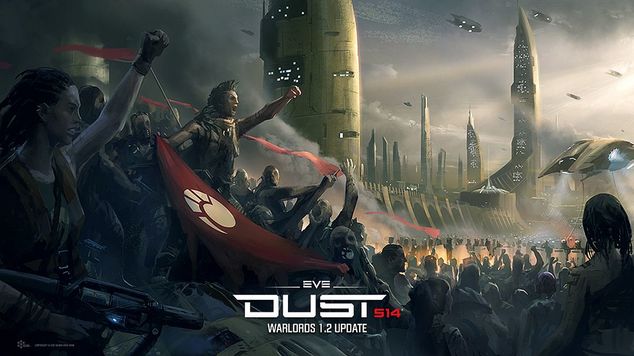 Dust 514 Warlords 1.2 Patch Releases Today
Dust 514 fans should be excited for the upcoming update launching today, including the new progression system a

Dust 514 is a shooter by the same folks that made EVE Online and it ties in with the game, letting spaceships cordinate with the planets and the such. It launched and hasn't bee the most popular, but it keeps getting better patch to patch and this is one of those landmark patches that include a lot of QoL updates. So if you've played in the past, it might be worth it to update and see what's new. Including in today's update is Planetary Conquest 2.0, New User Experience, New Progression System, SKIN Viewer and Conversion Initiative, Dropsuit Slot Progress, and 3 new types of squads.

The Planetary Conquest changes are massive. Attacking / defending corporation owned districts have new benefits, including more clones, and is now supposed to be profitable without ISK being a barrier of entry, while maintaining gains most not be passive. The progression system has been completely overhauled as well, with new loadouts and a new way to unlock loadouts. The slot progression has been changed so that all dropsuits have the Prototype Slot Layout, while dropsuit capacity differs.

There is so much in the patch that, as I'm not an avid Dust 514 player, I will be directly blunt and honest, I can't really speak about it, but I do know that these changes should impact the game in a positive way - mostly from the quality of life stuff to help new players not be so scared from the depth the game offers, while balancing out and changing district ownership.

You can play DUST 514 on your Playstation 3 from the PlayStation shop and you can read the patch notes here.

To read the latest guides, news, and features you can visit our DUST 514 Game Page.