EA Giving Away Free Prizes to Play4Free Players During Summer Countdown Event
<p>EA celebrates the countdown to summer with a week of in-game item giveaways for their Play4Free titles.
News
Need for Speed World 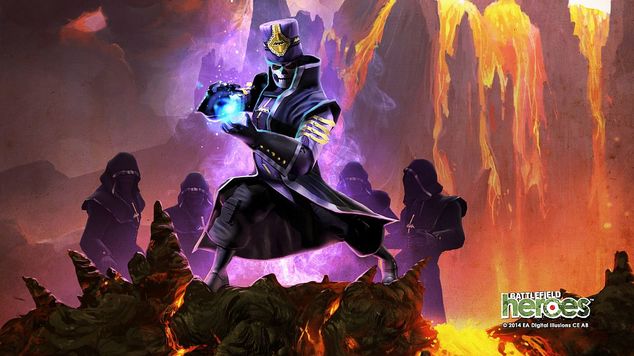 EA today announced the closure of Battlefield Heroes, Battlefield Play4Free, Need for Speed World, and FIFA World in a surprise to players. Some games, like Battlefield Heroes, have been obvious choices for the chopping block, but other games like Need for Speed World continue to have a strong playerbase so this comes a shock. EA has been known to sunset games that have had a small but strong and loyal fanbase, but one of the consequences of the free-to-play model is that when there are players who are loyal but have already spent their money, while new players aren't coming in to spend theres. A lot of fans of Need for Speed World claim differently, that there is a strong influx of new players, but business and business and odds are those players didn't commit to purchase anything.

One interesting take away from this is that 5 years ago, many publishers and developers were pushing for these large libraries of free-to-play content. This buffet of endless games that you could switch between in their proprietary launchers. Free-to-play portals were a big deal and filling it full of games built around strong IPs was important at the time, which is where most of these games came from. With games like Warframe, SWTOR, TESO, etc. dominating the free-to-play market, it's obvious that most players prefer to gravitate towards premium free-to-play games where their money has a much stronger effect.

Think of it like this, in SWTOR if you buy something, it's for a AAA MMO that you'll sit and play for a long time. In Battlefield Play4Free, each purchase moves you closer to the retail price of Battlefield 4, which often goes on sale for $15 regular and $30 premium. Too many shop purchases and you've already spent enough for the real Battlefield. So, in a lot of ways, these are probably good things, although it's a very sad moment for these communities.

The EFF has asked to exempt sunsetted MMOs from the DMCA, allowing emulated servers to become legal. This is a prime example of where a move like that could benefit these communities greatly, allowing the servers to continue to run in the hands of the gamers, if they want it to. Until then though, any of these free-to-play titles can be played - for a price, with their alternative AAA titles except Heroes, which well, Team Fortress 2 is something to look into there.

To read the latest guides, news, and features you can visit our Need for Speed World Game Page.