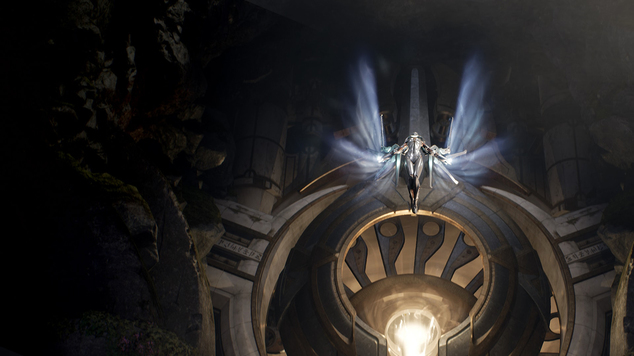 Paragon is an upcoming MOBA under development by Epic Games that is being built on the Unreal 4 architecture.

The game will feature many traditional MOBA-genre mechanics as well as utilize some CCG mechanics to help separate itself from the competition.

The developers are planning to being closed testing as early as January next year, followed by paid Early-Access in the Spring, and eventually open public testing in the summer of 2016. Players who sign-up on the game's official website will have a chance to participate in the action.

This is what the team had to say about the recent reveal:

"We’re excited to share the first details about Epic’s new game Paragon, which harnesses the power of Unreal Engine 4.

Paragon is the MOBA that puts you in the fight with explosive action, direct third-person control, and deep strategic choice. Choose from an ever-expanding roster of unique Heroes, earn cards to customize their abilities, and lead your team to victory.

We’re excited to invite people to start playing the game over the next few months. Online testing will begin in January, followed by paid Early Access in Spring, and Open Beta in the summer of 2016.

Some players will be invited into online testing, but everyone who signs up will have the opportunity to play before the game goes to Open Beta in summer."

For a look behind the scenes, Epic Games Paragon Team is also planning a livestream today  (Tuesday, Dec 10th 2015) to show off some of the character rendering they're doing for Paragon in the Unreal 4 Engine. You can tune in for the stream at 2PM Eastern on the official Twitch channel of the Unreal Engine.

Last but certainly not least, the development team revealed two announcement trailers on their official YouTube channel, which you can find below.

The team has also been teasing some of their planned heroes in other videos on the YouTube channel that you can go check out.

Make sure to keep tabs on the game's official website, where Epic Games will share new information about our Heroes, card and replay systems, gameplay videos and more. Also, visit the Prepare for Victory section of the website to unlock free in-game items that you’ll receive the first time you play the game.