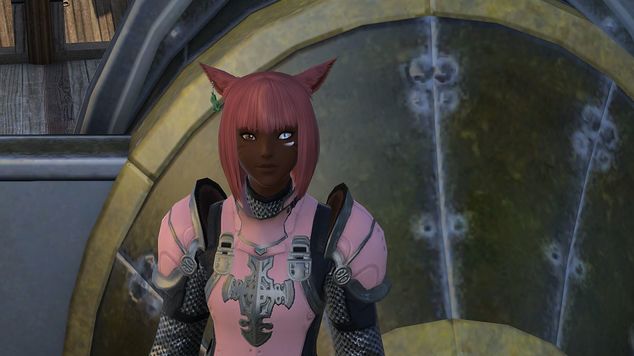 FFXIV Previews Patch 3.1 Beast Tribe Questline
One of the quest lines being added in FFXIV 3.1 will involve the Vandu and Zandu tribes and Square-Enix has the

Beastmen are something of a thing in FFXIV, they're not specifically one allied race, but a collection of various beast people with intentions ranging from helpful to hurtful, and everything inbetween. In patch 3.1, the Vanu Vanu are getting their own quest line, so they've taken the time to preview what this specific tribes will be up to.

The Vundu tribe, having summoned the primal Bismarck, wasted no time in establishing dominance over other Vanu Vanu tribes and claiming the Sea of Clouds as their own. The peaceful Zundu tribe continue to oppose their tyranny, however, and now seek the aid of an adventurer to help their people.

After unlocking the beast tribe daily quests, players will be able to undertake several quests which change on a daily basis. By completing them, players can improve their reputation with the Vanu Vanu. At certain milestones, you will be given the opportunity to undertake main beast tribe quests, which are episodic quests that provide insight into the lives of the Vanu Vanu.

New daily quests, more interaction with the beastmen, and more fun, what's not to be excited about the upcoming 3.1 patch for FFXIV. FFXIV patches are huge, with new raiding content, new dungeons, and lots of new game changes and epic quest lines. FFXIV costs a monthly subscription, but you can only pay for one character if you want. It's really smart if you're interested in playing to get through all of the 3.0 content now, usually most of an update's content is gated behind the main story quests, so hop to it grasshopper.

You can read more on the official site.