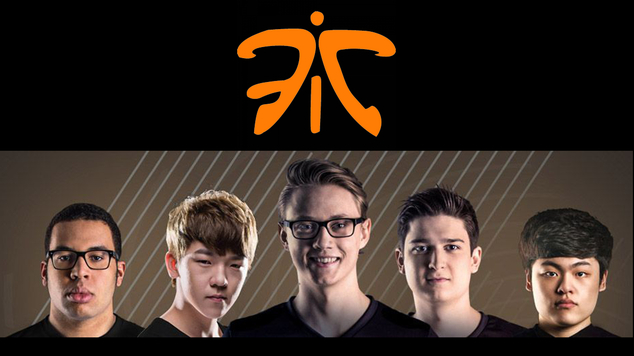 Fnatic Confirms New Roster, Including Spirit and Gamsu
Their joke on facebook about "Christmas Spirit" kind of gave it away.

Earlier this month, we reported that Yeong-Jin "Gamsu" Noh and Lee "Spirit" Da-yoon appeared to be headed to Fnatic's League of Legends squad, taking the places of Huni and Reignover after the pair left to play in North America. Today, the organization has confirmed this, as well as new support player Lewis "NoXiak" Felix.

All in all, this appears to be quite the lineup. The biggest question mark is NoXiak, simply due to his lack of LCS experience. However, he certainly didn't look bad in his short performance on the stage with Meet Your Makers in the Spring Split, and Fnatic is confident he has what it takes to become a top-tier support player in Europe. Both Spirit and Gamsu have already shown their talent, and are high-profile acquisitions that appear to be strong pickups for the organization.

Fnatic's highly-regarded head coach, Luis "Deilor" Sevilla, had this to say about the new roster:

"During this year, Gamsu has showed glimpses of how good he can be. Huni mentioned multiple times that he was a top notch talent, and we believe that there's no better place than Fnatic to develop it. It's also important that he has already experienced Western culture and can communicate in English, this will help Spirit integrate faster.

I'm really excited to have such a talented and experienced player as Spirit in our roster. For a long time he has been considered one of the best junglers in the world, and for sure his experience and knowledge will be key for our team development and success.

Noxiak is a really promising player. Even though he has only played a couple of LCS games, he allready has a great mindset and attitude, wide champion pool, good communication and potential to be a shotcaller. With everything I learnt from Yellowstar and Rekkles' guidance, we'll give him the perfect environment to grow and excel.

I'm sure that we will have a tough start as we build communication and synergy, but we have the talent to be at least as good as Fnatic has always been, if not even better with time. With all the lessons learnt from S5, I'm extremely excited to start working with the new roster and bring joys to our fans again!"

While many European teams have struggled with their rosters in the offseason, Fnatic did an excellent job of reassembling theirs after three key pieces of their 2015 success left. It will be interesting to see how they perform at IEM Cologne, and then during the LCS after having more time to work together as a team.