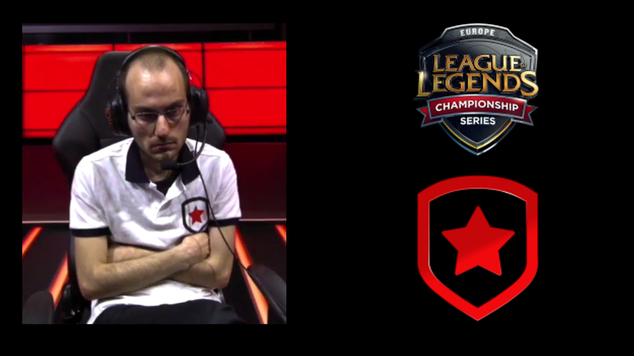 Gambit Gaming to Part Ways With Forg1ven
A top talent must find a new home.

Back in July, Gambit Gaming's ADC Konstantinos "Forg1ven" Tzortziou was suspended from professional play due to excessive in-game toxicity/verbal abuse. Because of that, the team turned to Kristoffer "P1noy" Pedersen to play the role for them in the Spring Promotion tournament. Gambit defeated mousesports 3-0 to claim their spot in the 2016 EU LCS Spring Split.

Once that was done, decisions about the roster needed to be made. In what became one of their most difficult choices, Gambit Gaming has elected to not have Forg1ven start for the team. His contract extends through the Spring Split, and the team does not want him to simply ride the bench. Because of this, they have made it public that they are making the player available for transfer, and are willing to negotiate a deal with any other organization who is interested. The reasoning behind the decision to attempt to part ways with Forg1ven is interesting, to say the least:

"This decision obviously was not simple, since we expected to achieve more with him on our roster. Even though FORG1VEN's individual performance was nothing short of outstanding, we failed to come up with an approach to the game that would allow him to transition his individual proficiency into a significant in-game impact."

This would seem to suggest that despite his very high level of individual talent, Forg1ven struggles to function well as part of a team. While we certainly can't say for sure that this is the case, what we know of the player would seem to back up this hypothesis. As for what will come next for Forg1ven, that remains to be seen. He's suggested in the past that he might play for another team (assuming he was no longer with Gambit), that he might try to go pro in Heroes of the Storm if an offer presents itself, or even that he might consider retirement. Now, we'll have to wait to find out what the future holds for this highly skilled player.