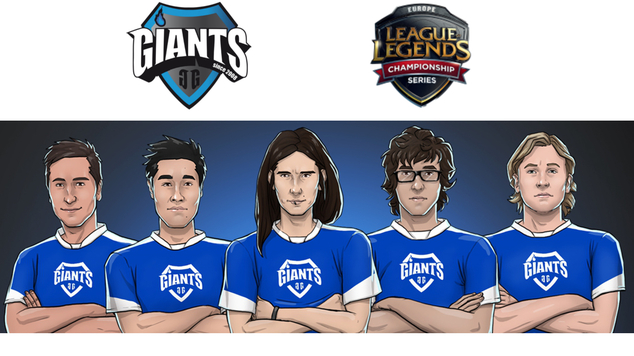 Giants Gaming Reveals New Roster and Team Structure for 2016
Don't count them out, this is an organization committed to winning.

When a League of Legends team doesn't perform as well as they had hoped, many organizations will simply look to roster swaps to attempt to solve their issues. Sometimes, that's all that's needed, and it works out. Often, there are larger problems present that aren't addressed, and the team continues to stumble. Giants Gaming is determined to make sure they don't fall into the latter category.

Entering the 2016 season, there are a couple of changes to the player roster. Peter "Atom" Thomsen will be taking over the top lane, and though he's a relative unknown, the organization has been extremely impressed with both his play and attitude, and believes he will help make the team better. Their new jungler, Tri Tin "k0u" Lam is a bit more recognizable, having played on the Challenger teams Cloud9 Eclipse and Final Five (now Vortex.) xPepii, Adryh, and G0DFRED will return for the 2016 season.

In addition to the new players, the Giants organization are making some significant adjustments to the way their players live and work. Rather than the commonly used "gaming house", they will have a fully equipped training facility in Berlin, where they'll work with the coaching staff each day. Working in an area seperate from where the players live is most likely an excellent idea, and one that more teams will likely embrace in the future. In addition, players will have the choice whether they wish to live together, or individually, helping to accomodate the privacy needs of everyone. The team has also beefed up their coaching staff, in an attempt to provide the players with as much support as possible.

All in all, this is quite the commitment to improvement from Giants, and it's refreshing to see. We won't have to wait long to find out if these changes affect a higher standing in the EU LCS.