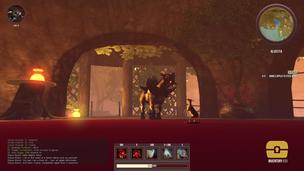 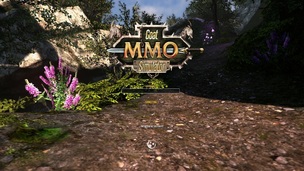 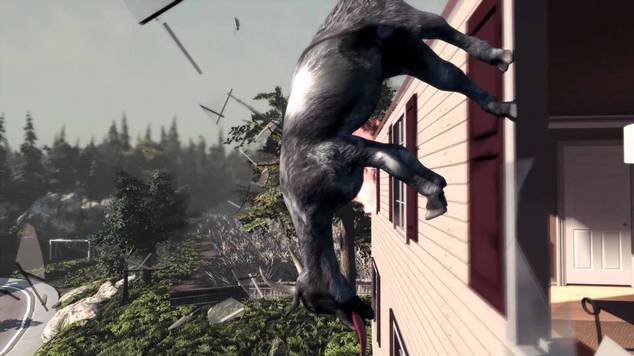 It's the moment we've all been waiting for. Okay, maybe it's just the moment I've been waiting for. Goat Simulator is now available in the Google Play store for Android devices and the Applie iTunes store for iOS devices. Now you can be a goat, no matter your location, and nearly no matter your device (sorry, Reuben, who knows if this is available on Windows Phone yet). Now I finally have something to spend my hard earned Google Rewards money on! I've been racking up one dime at a time telling Google that I have no idea about the companies they have surveys for, which means I can throw all those dimes down the internet tubes in return for playing as a sweet ass goat. Y'all just don't know.

In case you haven't heard about Goat Simulator, it launched on April 1st in the Steam store, which meant that a lot of people thought was some weird joke by Steam, not the work of Coffee Stain Studios. Even if you're not into a game with bugs intentionally left in for hilarity, I highly recommend at least reading Coffee Stain's patch notes, since they truly are the best thing ever. Studios big and small, please take note from these guys and gals. No more boring patch notes, no more boring life.

So, why would I highly praise what Coffee Stain dubs “a small, broken and stupid game”? I mean, do you really need a reason beyond being able to play as a goat? Yes, it's $10 for Linux, Mac and Windows. Yes, it's $5 for iOS and Android. I own it through Steam, and even if I didn't have Google Play credit, I would, without hesitation, spend $5 on this game again. Goat Simulator is, without a doubt, the best broken game probably ever. Coffee Stain makes no illusions here. They're not trying to sell a buggy, broken game as the next best AAA title. The bugs left in the game are ones that are dumb and add to the hilarity of Goat Simulator, rather than shitty bugs that break everything. Lower your gaming expectations, spend a few bucks and have a great time.

I'm still hoping that one day we'll see a Goat Simulator multiplayer game. Could you imagine it as a MOBA, where goats bleat and beat each other up in an all out brawl? Laning as a goat would be a whole new level of hilarity. Not to mention that, because the material we're working with here is a goat, King of the Hill would be built in. Some sort of tongue-licking capture-the-flag would be awesome, too. Don't get me started on how I envision a Goat Simulator MMORPG. Not that it would necessarily need quests, but if the game had them, they'd practically write themselves. Until then, we have local split-screen multiplayer, so go on. Be a goat.