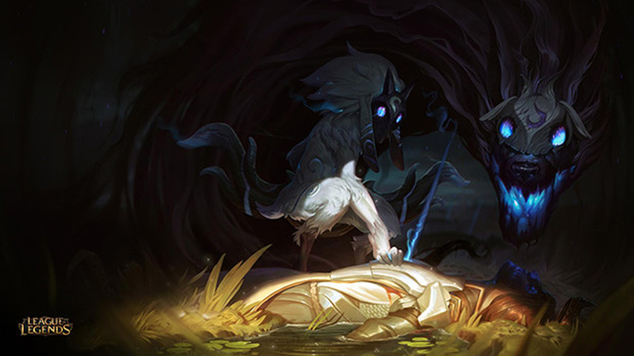 Kindred Spotlight Released, but Champion Pushed to Patch 5.20
They are coming...they've just been delayed a bit.

The next champion in League of Legends is going to be Kindred, the Eternal Hunters. Riot Games has done a fantastic job hyping up the champion's release, with haunting lore and an incredible story to accompany Kindred. The champion was originally slated for release during the current 5.19 patch, but unfortunately a bug has forced Riot to delay Kindred until the 5.20 patch.

Riot Iniquitee posted this on the official boards:

We found an important, gameplay-impacting issue that we can't release, specifically related to Kindred. Rather than rush a fix out the door, we are going to take due diligence to maintain the integrity of the game and release Kindred (all fixed up) next patch, once it has had adequate coverage. Until that time I hope Worlds can sustain your hype train. We really can't wait to get this champ in your hands and see what you can do with them. They are (still) coming!

For those still itching to get more of Kindred, the official champion spotlight was released today. Check it out below!