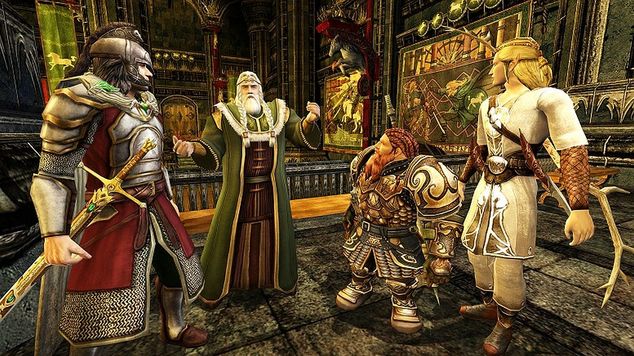 Nineteen servers will be riding a boat off into Valinor at the end of the year, but ten remaining servers (5 NA/5 EU) will remain in Lord of the Rings Online. This move is to increase server populations and bring the community together, as players are more and more desiring to be on larger population servers rather than being spread out amongst a sea of servers. I'm rather pleased that Turbine is making this move, because it makes the game healthier. You might think closing servers is a bad thing, but in all honesty, few games need more than a few servers anymore. There is some cool things involved in having multiple shards instead of having one big megashard like The Elder Scrolls Online, but at the same time, each and every server / shard needs to have a healthy population for it to be fun.

In the old days of World of Warcraft, server transfers off dying servers were like musical chairs. One server would overpopulate, another would underpopulate, and the viability of a server was determined by the raiding guild - which, interestingly enough, the server often disliked even though the raiding guilds were what put many servers on the map (didn't help that raiding guilds usually had nasty attitudes). Anyway, with LOTRO, as it has aged, it's understandable that some servers would be thin while others fat with players, as most players these days search for the best server to roll on.

Here are the servers that will survive at the end of the year:

The rest of the servers will sunset in accordance with the roadmap they set out in a previous post, here.