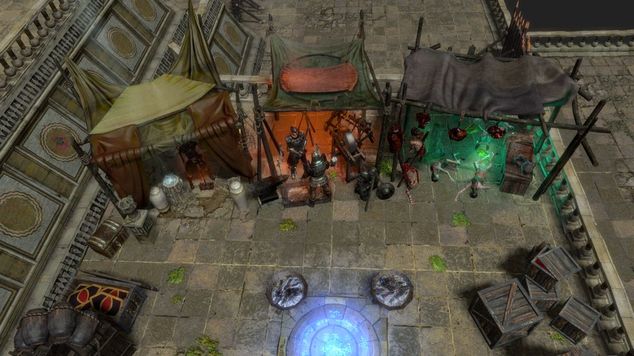 Path of Exile: Forsaken Masters is an up and coming expansion for Path of Exile, the game that's very much more Diablo II than Diablo III is. One of the super neat features of the expansion is the ability to meet random weaponmasters scattered throughout the maps who you can quest for and train with to increase reputation with that specific master. Masters unlock specific crafting options and hideouts, your own personal town that you can decorate and customize. Isn't that neat? They've been unveiling the masters bit by bit and today we're proud to showcase Vagan, including some neat exclusive screenshots for you all to chew on. 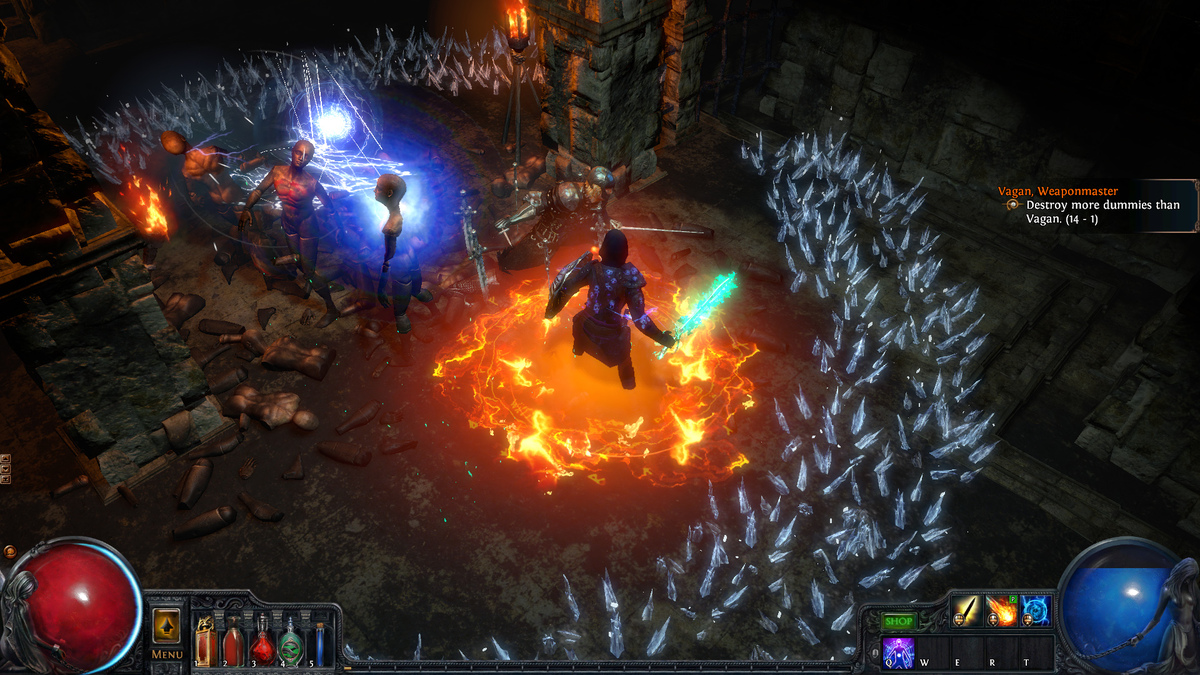 So who is Vagan? Well, instead of rewriting what the masters of Path of Exile have said, here is the word direct from their mouths:

Once merely a "blade-for-hire" in Oriath, Vagan now revels in his newfound freedom in Wraeclast. He has sliced out a little fiefdom and now considers himself the land's "foremost Duelist". He has even been known to compare himself favourably to the great Daresso.

While he seems like a simple braggart on the surface, Vagan knows that his reputation is the key to his survival. His father used to tell him, "The fight is won before you ever draw your sword." Vagan believes wholeheartedly in this mantra and will do his utmost to psych out any potential opponent. An angry fighter makes mistakes, after all.

Those that accept Vagan's challenges discover that he's not all words. Vagan's skill with weapons borders on the preternatural. Not to mention the fact that he can smith a weapon almost as well as he can wield one.

He's happy to share this skill with any who prove their worth… as in anyone who prevails in his challenges. The promise of a perfectly honed blade has saved Vagan's neck on more than one occasion. It's always good to have a back-up plan! 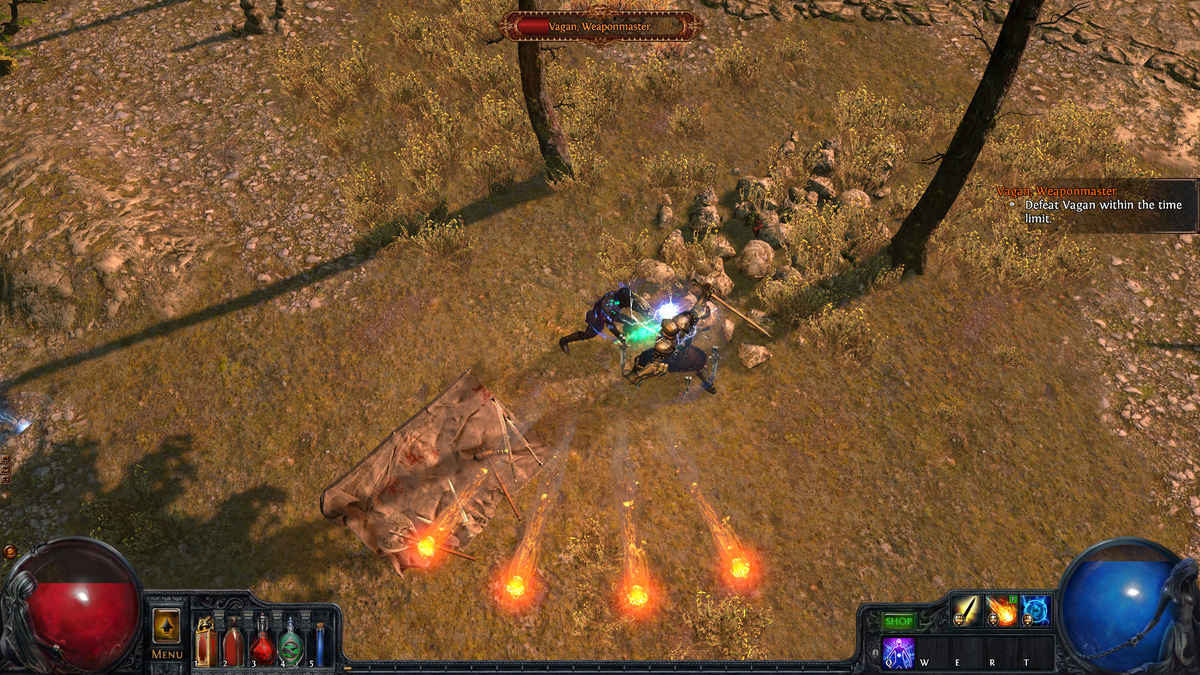 There you have it! Vagan in the flesh. If you're super excited about the upcoming expansion, it launches August 20th and is full of so much awesome stuff I couldn't dare list all of it - check out the official website for more details. Continue reading for some more exciting information about Vagan: 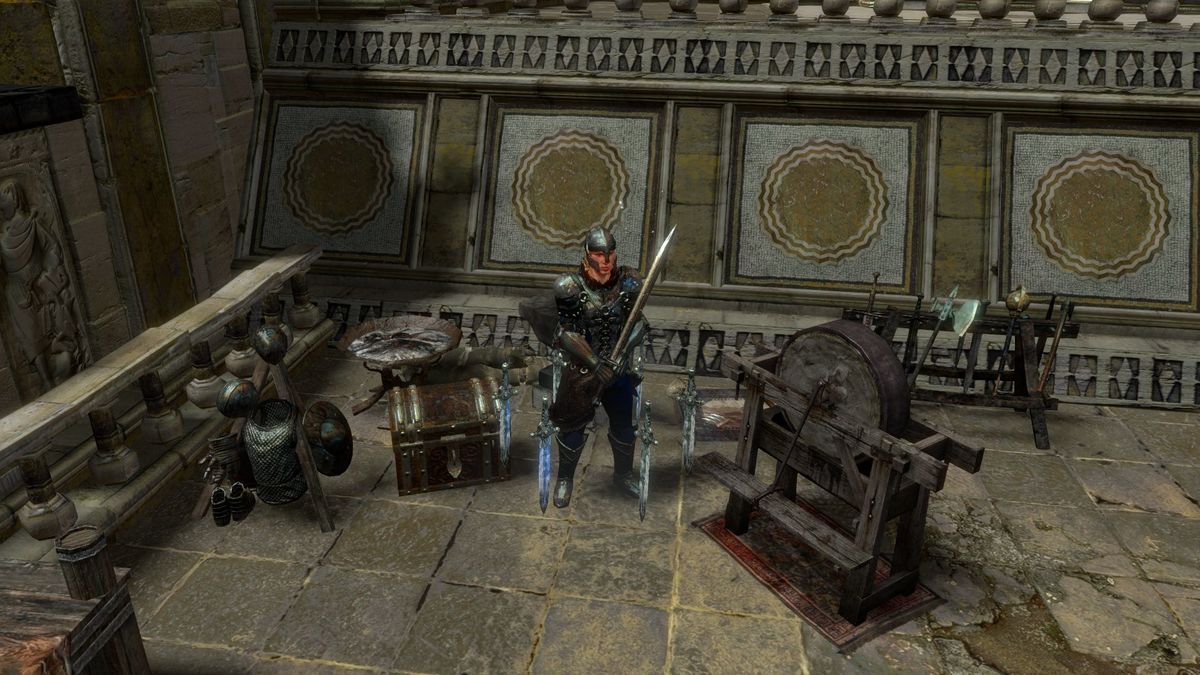 When you encounter Vagan, he challenges you to a duel. There are many different ways that this encounter can vary:

A random win condition is selected from:

Vagan can be using one of many different character builds:

Vagan can spawn with a variety of different mods:

There can be properties that affect the arena - for example:

The arena is either:

Vagan’s hideout uses the "Battlefront" tileset from Act Three. We’ve included a few screenshots (VaganHideout1-2.png) that show it set up with some decorations.

As Vagan levels up, he offers you a growing selection of decorations that you can place in your hideout. These include crates, corpses, wagons, and other battlefield-themed objects. You can take these decorations from Vagan and use them in hideouts from other masters. 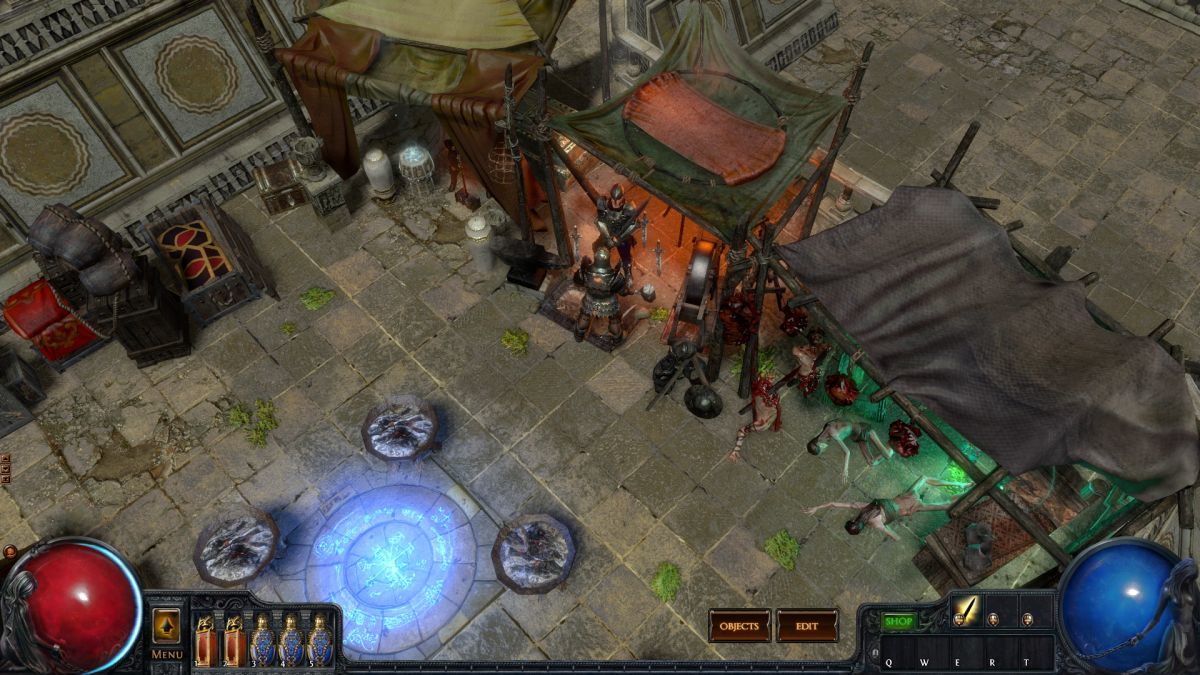