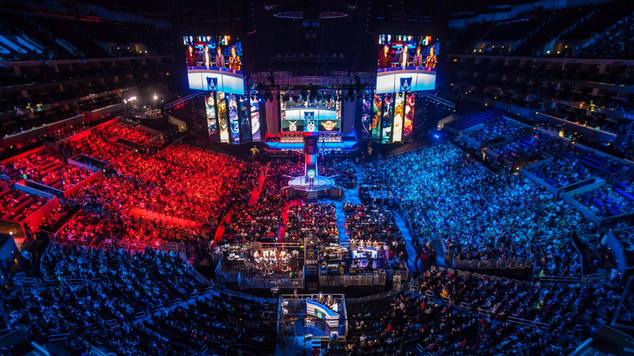 Patreon Content: Worlds Has Proven We Need Sandbox Mode in LoL
In this Patreon exclusive content, Jeremy talks about League of Legends and how the World Championships of 2015

In this Patreon exclusive content, Jeremy discusses his much loved League of Legends. If you didn't follow the Worlds series, you probably missed the fact that every person on the planet watched it* and that there was plenty of issues surrounding certain Champions. Jeremy takes a deeper look at the impact of this and what it really means for LoL. We've pulled out the opening extract from the article below and if you'd like to carry on reading it, head on over to our Patreon: it costs as little as $1 per month to support Ten Ton Hammer and to gain access to lots of other awesome editorials.

The League of Legends Season 5 World Championship has provided a ton of excitement and a lot of great games. The other thing it’s produced is a game-breaking bug that has caused Gragas, Lux, and Ziggs to all be disabled for the remainder of the tournament. If that sounds a bit odd to you…you’re right.

So, what happened? During game 2 of the quarter final match between Europe’s Fnatic and China’s Edward Gaming, FNC’s jungler Reignover was on Gragas, one of the most popular jungle picks at Worlds. During the game, he found himself suddenly unable to cast Gragas’ Barrel Roll ability. As an ability that can be re-activated after it’s cast, there was a known bug that would prevent it from being able to be used for the rest of the game. If you feel that you misread that, you didn’t. This was, in fact, a known bug. However, Riot Games felt that it was very difficult to reproduce, and was so rare that it shouldn’t have an impact on the tournament.