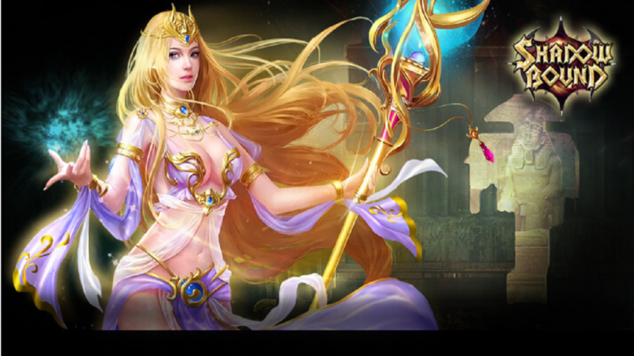 Have you heard about open alpha? Me either, but R2Games is putting its newest browser-based free-to-play title, Shadowbound, in its open alpha development cycle beginning today. The open alpha will last six days, and in this time, the development team is looking for critical feedback. If you enjoy testing as much as I do, I implore that while feedback can be extremely critical (and sometimes needed), that constructive criticism is the best, especially if you care about a game's development and you want your voice to be heard in the best way possible.

While open alpha seems like a rather unusual choice about a game, it could be a fun chance to be involved with a game's development, find bugs and give good feedback that could lead to a game's success. There is even a thread on their forums where you can ask any questions you might have, as well as give feedback for the game. Players of all ranges, from brand new to MMO veterans, are invited to play the open alpha.

For anyone wondering what I mean by leaving critical, yet constructive feedback, here's a good rundown. Often, when players are dissatisfied with something, the knee-jerk reaction is to head to the forums and let everyone know that either a game or a feature sucks. While it's perfectly valid to not like something, just saying something sucks isn't constructive, it doesn't lead to any sort of good discussion, and it does not give developers feedback needed to improve an area. It's far better to say why you think something is not good, and if you have any suggestions on how these areas can be addressed, fixed or improved, this helps out developers, too. The most negative, critical feedback, when given constructively, can be crucial to a development team. This also means that it is possible to leave non-constructive positive feedback that will be of little use to the team.

For Shadowbound's open alpha, there are several areas that they are highlighting for players to enjoy: puzzle dungeons, companions, team combat (both PvE and PvP), the community, and the ability to preview content. There are also several classes for players to try out during this open alpha time. If you want to test content over trying something, keep these in mind when you are experiencing the game and intend on leaving feedback for the developers. Don't feel you need to experience everything; if some aspects of the game are not features you enjoy, that is perfectly OK. Leaving feedback on features you are comfortable with will be a more enjoyable experience for you, so don't feel obligated to run through everything because you do want to leave feedback!

R2Games also put up a quite lengthy Beginner's Guide and FAQ, broken into 28 separate forum posts. Personally, I feel a little overwhelmed here and am not sure where to start out. However, not everyone is the same and others might enjoy this. Mentioning how I felt this was a little overboard to a friend, she immediately thought it was perfect that a developer took the time to break information down into digestible chunks and that she wished others would follow suit.

For anyone interested in checking out Shadowbound's open alpha, head on over to their website to sign up and sign in. During this time, they also have a feedback forum for suggestions and feedback for the game. Any bugs you experience should go into the bugs-specific forum, as bug reports and issues should be separate from general feedback. This doesn't mean that bugs shouldn't be mentioned in your feedback, but leaving separate, detailed bug reports where they can be seen will help developers better. Happy testing!

To read the latest guides, news, and features you can visit our Shadowbound Game Page.