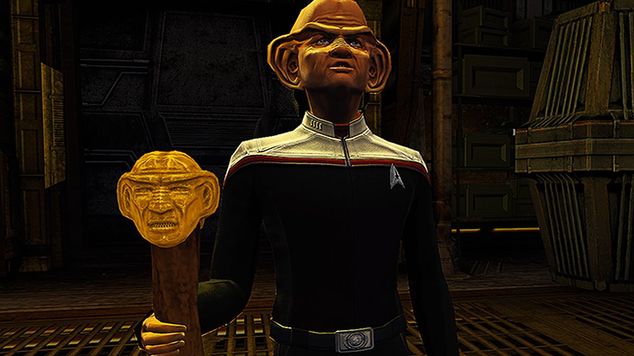 It seems that Star Trek Online continues to add more and more features in the game, even as it continues to age. It feels just yesterday I was playing in the beta during the infamous bug where you could be a ship inside or walk in space. STO is like a guilty pleasure for me, constantly returning for some cool space combat, especially now that it's free to play. Anyway, the new feature:

During your captain’s meteoric rise through the ranks, you have taken command of dozens of different starships, and facilitated the advancement of countless crewmens’ careers. As an Admiral / General / Subadmiral, the administration of large portions of the Alliance’s combined fleets has come to rest in your capable hands. The starships you have earned access to will now be waiting for your commands, ever at-the-ready to head into the unknown on your behalf.

The tl;dr is that this is a WoW Garrison / Duty Officer like feature, where you can put your ships you don't fly to use doing something, running missions, etc. It's the duty officer system, but for ships. The assignments work in a similar fashion, just with the ships you own. It's a really neat mechanic and you should definitely check it out.

You can read more about the system on the official site.