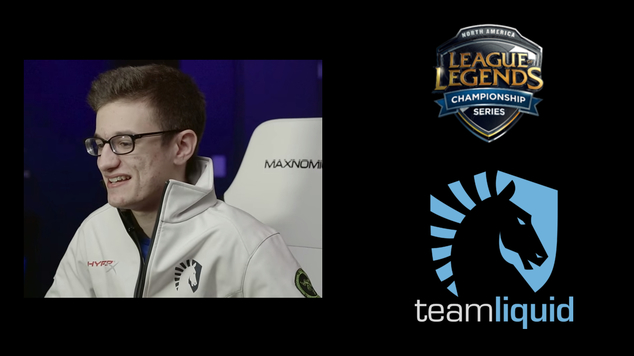 After the suspension and subsequent retirement of star top laner Diego "Quas" Ruiz, Team Liquid had a large void to fill on their League of Legends roster. It's been announced that the new starting top laner will be former CLG Black player Samson "Lourlo" Jackson, and the team released a video to introduce their fans to the player (included below.)

Liquid had also previously announced that they would be the first team to have a 10-player roster, with a substitute available at every position. These subs will be the full Team Liquid Academy squad - Derek “zig” Shao, Joshua “Dardoch” Hartnett, Jung “Youngbin” Young-bin, Jovani “fabbbyyy” Guillen, and Matthew “Matt” Elento. The idea is that having young players who are eager to play in the LCS behind them will provide extra motivation for the starters, while knowing they can earn playing time will keep the TLA players hungry.

This is certainly an unconventional and untested system, but one that Team Liquid believes will be to the benefit of everyone involved. They're going to need every edge they can get, as the North American LCS appears to be extremely competitive entering the 2016 Spring Split.

Check out the introduction video for the new top laner, Lourlo, below: