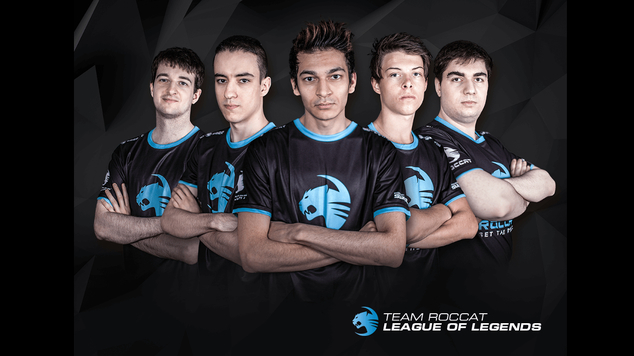 Team ROCCAT was in a bit of a bind after they lost their entire League of Legends squad following the 2015 season. This has truly been a time of turmoil in Europe, but ROCCAT was able to put together a roster full of recognizable faces, confident in their talent.

In the top lane will be long-time SK Gaming member Simon "fredy122" Payne. While his stock had fallen last season, he's not far removed from being considered one of the best top laners in Europe. In the jungle will be Karim "Airwaks" Benghalia, who had previously played for the Copenhagen Wolves and Unicorns of Love. The new mid laner will be Felix "Betsy" Edling, who showed some promise in his time with Gambit Gaming. Another ex-Gambit member will be in the bottom lane, as Edward "EDward" (or "GoSu Pepper", depending on which he now prefers) Abgaryan will be handling support duties. His lane partner will be Mohammad "Safir" Tokhi (formerly "Jebus"), who spent a fair bit of time in the Misfits/Renegades organization.

This roster of full of players with something to prove, from veterans who want to show they're still worth fearing, to newer players looking to make a name for themselves. This is a team that's capable of surprising their opponents and doing quite well, but could just as easily be simply mediocre, as players fail to live up to the high hopes that ROCCAT has for them. Either way, they'll certainly be an interesting squad to watch, as the LCS quickly approaches.