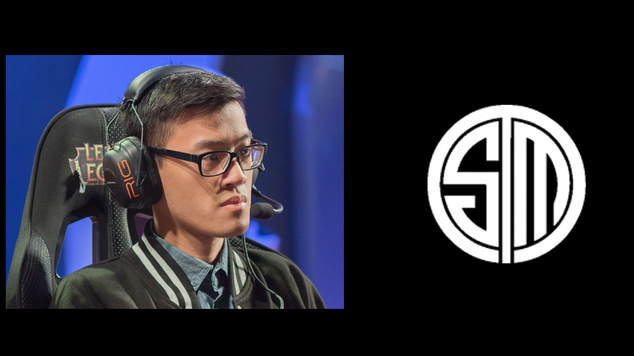 Team SoloMid Considering Replacing WildTurtle
That winning smile might not be enough to keep him on the roster.

A couple weeks ago, Team SoloMid announced that along with Dyrus, jungler Santorin and Support Lustboy would be leaving the League of Legends player roster. That left only mid laner Bjergsen and AD Carry WildTurtle on the roster, and left the team with a lot of questions to answer. Now, the picture is even murkier.

Today, TSM has announced that they will be holding open tryouts for the AD Carry position. WildTurtle will be taking part in these tryouts, and will have the chance to reclaim his spot as a starter. However, it's certain he'll have plenty of competition, as the team has made it clear that he needs to prove himself. For quite some time now WildTurtle's performances have been very inconsistent; there will be times where he'll look like the extremely talented player that originally won the position, and there will be other times where it seems he might be hurting his team more than helping.

TSM had actually benched WildTurtle for a time earlier this year, using KEITHMCBRIEF in an attempt to "motivate" their starting ADC. It seemed to work for a while, but poor performance once again had become an issue.

After a disappointing performance at the Season 5 World Championship, it was apparent that Team SoloMid was going to undergo some drastic changes heading into Season 6. There will be changes made to the coaching staff, and now it's possible that 4 out of 5 players will be different from the roster that dropped out in the group stages at Worlds. TSM has a lot of difficult decisions to make, as they attempt to defend their NA LCS title next year.