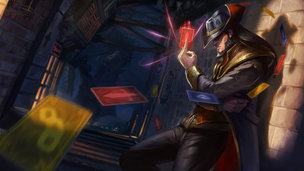 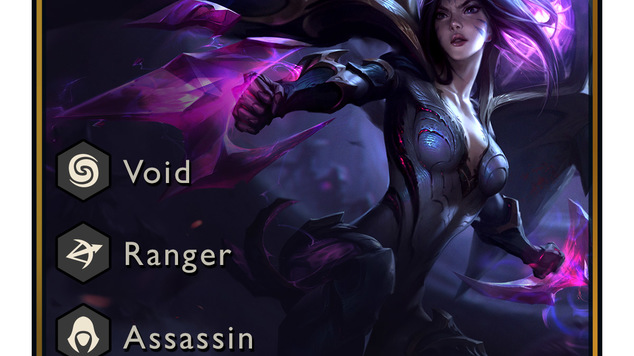 Class: Ranger & Assassin
Origin: Void
Ability: Kai’Sa dashes past the furthest enemy, gaining a shield and a lot of attack speed for a few seconds.
Cost: 5 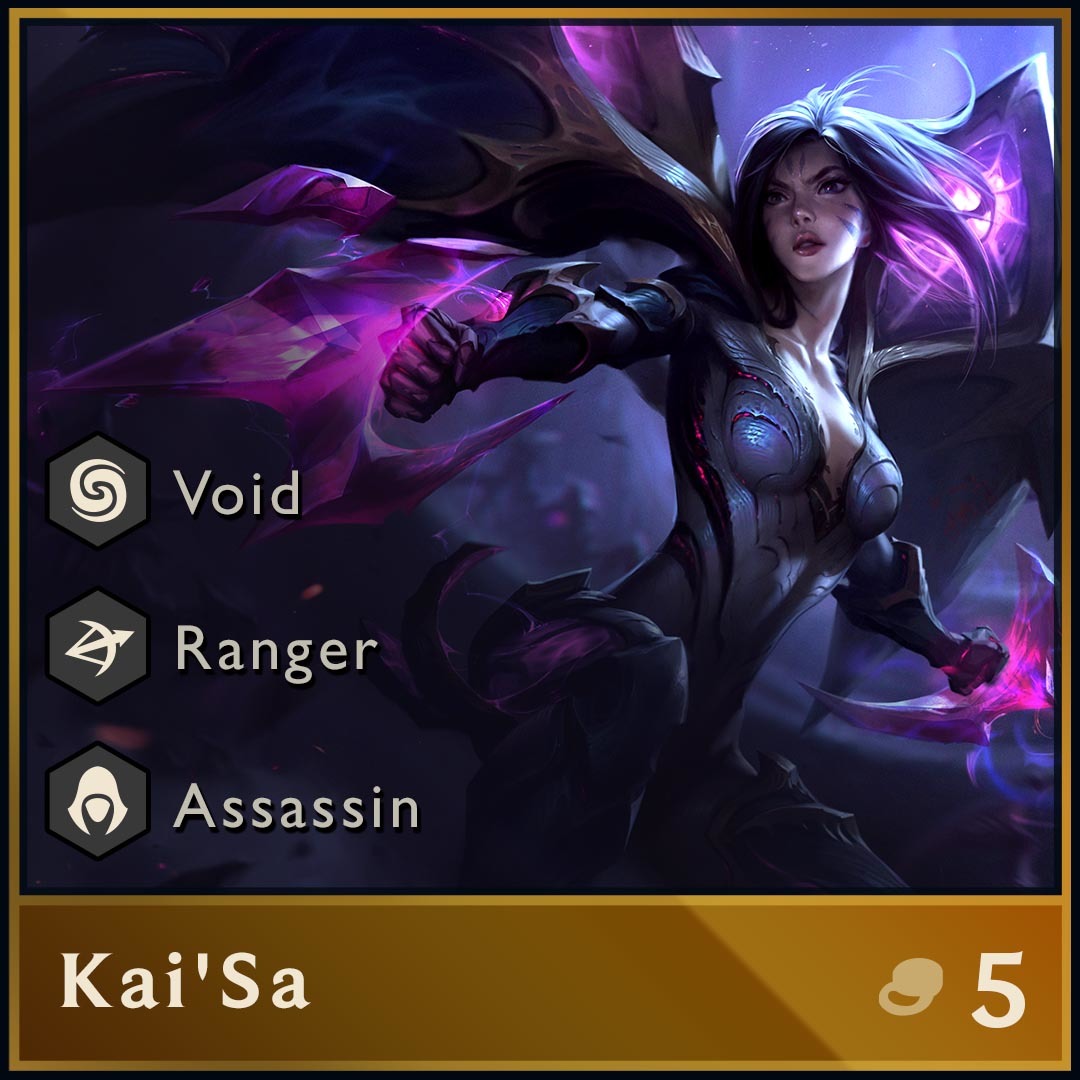 The next champion to be added to Teamfight Tactics is none other than the daughter of the void, Kai’Sa. She’ll be warping in as a Legendary 5 cost unit and opening quite a few new build possibilities since she is a Void Assassin Ranger! A triple hitter to enable more unique builds. She can be the carry in an end game Ranger & Brawler build, or a safer Assassin while you chase the 9 Assassin dream. Lots of possibilities.

Kai’Sa’s base AD is lower, but she comes equipped with the highest base attack speed in the game. Perfect for stacking a Guinsoo’s or procing that Stattik Shiv as quick as possible in the end game. Her ultimate also allows her to jump around the map quickly and avoid dangerous situations. No longer are rangers locked into the corner!

Kai’Sa comes with an additional change to the Void trait. We’re happy with the true damage as a counter to strong defense, but it’s a little too easy to get it going in the early game with 3 low cost units. Because of this we’re shifting Void to work like Imperial.

This should allow void to not quite be so dominate early, but still be a viable option to scale into late game.

Look forward to Kai’Sa coming in patch 9.19, and give her a try on PBE today!