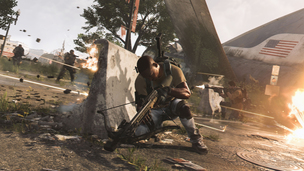 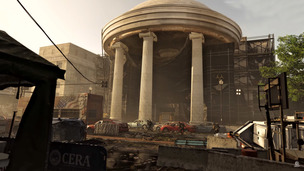 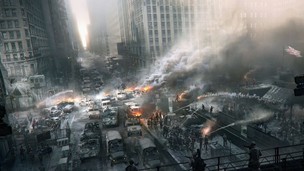 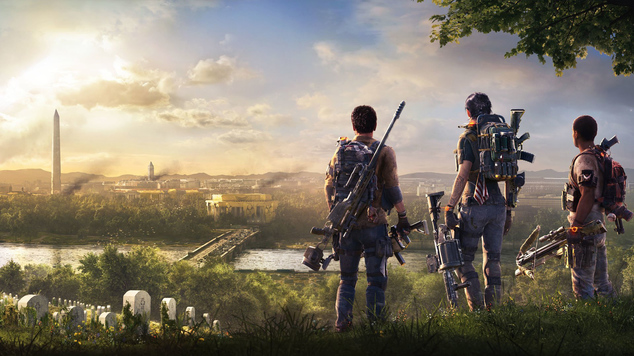 The Division 2: UbiE3 Roundup
Here's everything that was covered by Ubisoft for Division 2, at E3.

While Ubisoft's E3 presentation was fairly quiet, there was still a few nuggets of information for The Division 2. Although none of it was incredible (honestly, there's a lot of issues with the game that they seem to be ignoring), I'm still hopeful the game will continue to improve. The main talking points include:

Full notes below, taken by JokerUnique.

The movie adaptation of The Division has been in the works for quite some time. It stars Jessica Chastain and Jake Gyllenhaal and it is directed by David Leitch. That movie will be produced in cooperation with Netflix – more about that in the future.

The fight for Washington, DC has been raging for months in The Division 2, and over the next year, three free episodes will expand the battleground significantly. These new episodes will introduce new areas, modes, rewards, Specializations, and exotic gear and weapons as Agents face new challenges.

The first big DLC of the Year 1 Roadmap is about to drop and it is the first chapter of a journey beyond Washington D.C. to save an entire nation:

Episode 1 D.C. Outskirts will take Agents outside of the city proper for the first time to explore the surrounding areas and woodlands as they hunt for President Ellis and Emeline Shaw, the leader of the Outcasts.

What if rebirth is not about bringing the world as we know it back to life but the opposite. One man holds that power and humanity is at stake.

As mentioned above, Episode 1 D.C. Outskirts will add the new Expeditions game mode and this is what it is all about:

Expeditions are free events that bring players to unexplored locations around D.C. to discover new narrative and gameplay opportunities. These sites offer unique challenges and lore not found anywhere else: new collectibles, treasure rooms, environmental puzzles, unique boss mechanics, and more await every Agent who embarks on our Expeditions!

A new mission will appear on the HUD to get you started. Visit the Helicopter Pilot at the Base of Operations to unlock the Expedition site. Alternatively, players can fast travel to the site via the Mega Map.

A full Expedition site consists of three locations, each having a specific theme and tone. Each location releases one after another, eventually building to a complete Expedition site. If you haven't completed a location before the next becomes available, don't worry! The previous location remains open to explore. We want everyone to take the time to dig into the new elements featured in each location to discover all its hidden secrets.

In addition to exploration, we have an additional challenge layer associated with Expeditions: the Mastery System. These optional, replayable challenges become available after players have completed the Story playthrough of a location. Measured in Bronze, Silver, or Gold ratings, players are tasked with completing challenges tailored to each specific location. Performance is also measured on the individual level as opposed to groups, so your payout will be a direct result of your own efforts. The higher the rating earned, the greater the rewards!

Complete Expeditions in their entirety—achieving Gold Mastery and accessing the final treasure rooms—to earn a variety of rewards! Be sure to complete as many challenges as possible to earn the maximum number of rewards. Don't forget to pick up the loot dropped by enemies along the way!

With the release of Episode 1 - D.C. Outskirts: Expeditions, we will introduce 2 new missions, featuring new narratives and a vast array of content for you to explore.

Emeline Shaw, the leader of the Outcasts, has fallen back from her defeat on Roosevelt Island and barricaded herself deep in the Zoo. To get to her, you will need to fight through the blockades and the Outcasts who protect her to put an end to her violence.

As you hunt for Emeline Shaw through the rich and dense environment of the Zoo, you will confront the Outcast leader and her followers in a grand battle. Do you have what it takes to bring down this ferocious leader and her faction supporters?

There are also infographics dotted about the terrain that yield useful information about the many species that reside here, including pelicans, crocodiles, monkeys and more. While Shaw is your number one priority, these details are available for everyone to explore.

To launch this mission, you will need to be briefed by the Helicopter Pilot outside of your Base of Operations.

The Black Tusks and their leader have set up a strategic position close to an estate nestled deep in the woodlands, and your assignment is to take them down and capture him.

As you fight the ruthless and technologically advanced Black Tusks, you will tread through beautiful woods and scenic landscapes with lakes, hillsides, and rich wildlife. The fight will reach its peak at the cabins where the leader is residing.

To access this mission and initiate the operation, you will need to have reached World Tier 5 and completed Tidal Basin. Once this has been completed, the Helicopter Pilot outside of your Base of Operations will be waiting for you! 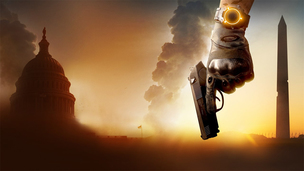 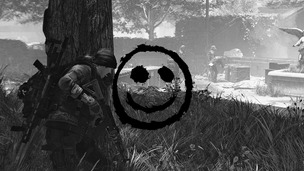 The Division 2: New Unsolved Mystery Discovered
What's the smiley face all about?