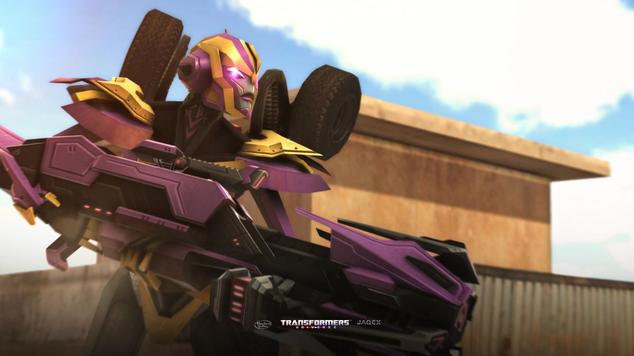 Maybe, instead of taking my terrible advice on what MMO to play over the long weekend, or even following this handy flowchart for MMOs, you found out that this weekend started the beginning of Transformers Universe's beta. With your own Michael Bay-eque online story to star in, Autobots are rolling out in this MMO-MOBA hybrid, or, as they're calling it, an Online Tactical Action Game. I look forward to listening to commentators say OTAG extensively and hearing all of the ways they can pronounce the acronym. 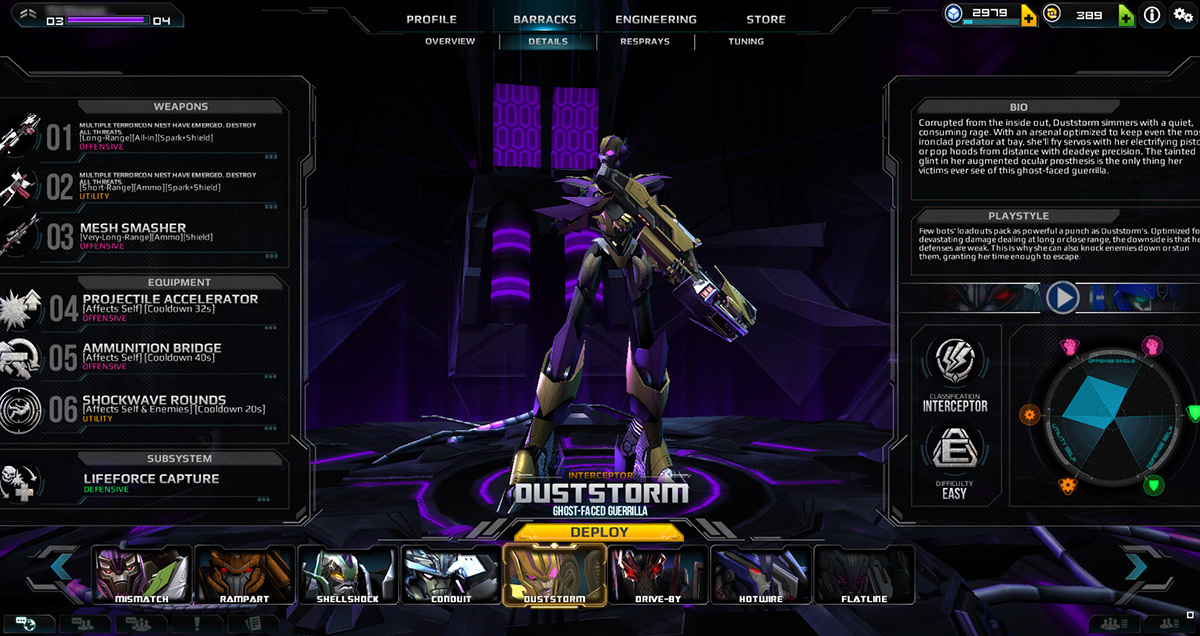 There are two ways to play the beta, which only requires an account to play. You can either download and install the game, which is relatively small, or play directly through your browser (as they suggest, it's for people to play while at college...or work). Playing at work probably isn't the best idea, but if you really need to run around as a car and/or robot instead of attending to spreadsheets, do as you must. Having the option, and having it not be operating system dependent is a nice choice. Even for a beta, the browser client performs pretty well and only requires installing the Unity plugin.

The downside to the game is that you play preset characters. Each side starts off with one available character and others are unlocked through gameplay or by purchasing in-game with Relics, the game's currency. Gathering relics seems like a relatively slow process, and the impatient can purchase extras with real cash off the Transformers Universe website. I personally have not gotten far enough to see what all I can spend Relics on and so far, there doesn't seem to be a cash shop accessible through the fragmented menu options.

There are Founders Packs for purchase through the website, though, which come in four tiers. Depending on how much you want to spend, you can get special limited edition bodykits (think: character skins), extra unlocked warriors so you don't have to start off as forgettable Monsoon, repair paks and a pile of Relics that increases with the more money you pay. Of course, if you'd rather just work on unlocking your warriors and earning Relics, the game is free-to-play. The controls themselves are more console-like than traditional MMO, so some people will enjoy the fluidity of controls, where old codgers like myself will find themselves having to adjust to what the kids these days are doing.

Transformers Universe aims to go from its current state of open beta to full release in the third quarter of this year. In conjunction with their open beta milestone, Founders Packs and Relics Packs are now on sale at the website, for people who like to get exclusive skins or don't have the time to earn in-game currency at a decent rate through normal play. The devs (who can be found in-game by spotting other players with gold crowns next to their names) are also throwing several contests during open beta starting weekend, some of which can net some really nice cash prizes. This weekend also is running double xp. Considering how fast you can go from signing up to logging in, if you're the kind of person who loves a lot of explosions and cars that shift into giant robots, now is a good time to jump in and take advantage of getting your leveling on.

To read the latest guides, news, and features you can visit our Transformers Universe Game Page.

Jagex Names TRANSFORMERS MMO and Takes it to BotCon
<p> Jagex has revealed new plans and a name for their upcoming browser-based MMOG, <em>TRANSFORMERS UNIVERSE</e