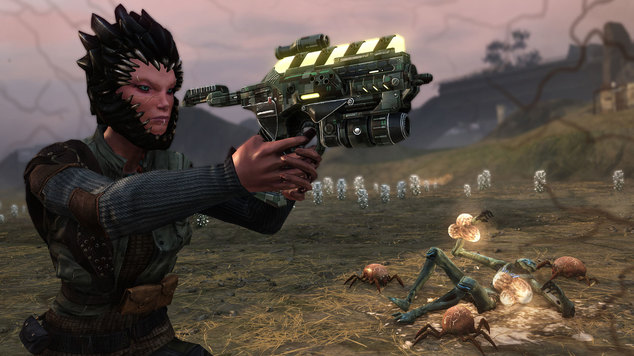 Trion Shying Away from Subscription Models
Trion Worlds, the folks behind Defiance and RIFT, and publisher of ArcheAge and Devilian, has come out and said

In an interview with Develop Online, Trion Worlds CEO Scott Hartsman has come out and said that he believes that they won't be doing another subscription based game. This is, sort of, I'm not even really sure how to comment because I agree with him - subscriptions are a restriction on getting into the game, but at the same time, Trion has been non-stop assaulted by the community for how they handled ArcheAge's free-to-play system, something of which their hands were kind of and kind of not tied over (as they're only publishers of ArcheAge, and not developers). So to start with, I think it's a positive affirmation that free-to-play and low barrier of entry is important. A game is all about friends and if you live the game, then by all means you should probably pay for it to get the most out of it. However, if you want to drag a friend along by the arm, then just having them join in with you in whatever capacity they can, is enough to make a good game even better.

So, I appreciate the words Scott Hartsman has said, but, it's important to also bring up the fact that free-to-play can be done badly and ArcheAge is a prime example of a game in which it was done very poorly, especially at the start. A lot of vocal community members still hammer on and on about the way the shop and land purchases were dealt with, and blame shifts around between Trion and the developer, XL Games, but nevertheless, Trion gets the full blame for everything and sours almost every discussion there is to be had about free-to-play and Trion.

You can read the interview here, the most interesting thing I found is that Trove has over a million players - although, we always have to ponder with a free-to-play game, how many are bots and how many are real registrations and how many of them have stuck around?