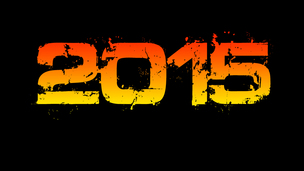 TenTonHammer Talks!
Before 2016 gets into full gear, Jeremy and Alex look back on an eventful 2015 and break down some of the highl

Alex and Jeremy talk about their gaming backgrounds and how they found a home at TenTonHammer. They also pick sides on polarizing topics like Star Wars vs Star Trek, Marvel vs DC, and much more. 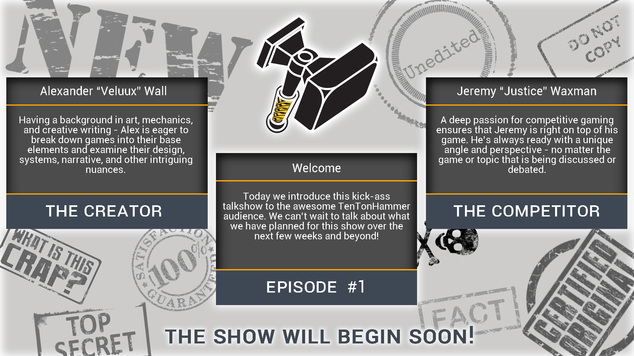 TTH Talks is a brand new talkshow featuring regular cohosts Alexander "Veluux" Wall and Jeremy "Justice" Waxman. The show airs every Friday at 3PM Eastern on Twitch.tv for one hour and hashes out important weekly topics in MMOs, MOBAs, and gaming in general.

In this first ever episode of TTH Talks, Alex and Jeremy take some time introducing themselves to viewers, sharing some of their background in gaming as well as describing how they came to reside at TenTonHammer. While both are relatively new (a couple years) at TenTon, they've been gaming for as long as they can remember. Writing for TTH has only further increased their thirst for a good play, as they've been playing, analyzing, and divulging all the details of every game in their respective wheelhouses - and several of them on the outside too.

They also take turns stepping out onto major geek battlefields and picking sides (and occasionally agreeing) on topics like Star Wars vs Star Trek, Marvel vs DC Comics, Aliens vs Zombies, and several other interesting divides, scenarios, and situations. You'll probably never guess which side of the fence we're sitting on for many of these extremely important nerd-territory lines.

Last but not least we talk about the past, present, and future and discuss what we've played, what we're playing, and what we're looking forward to on the horizon. Curious if you share the same interests? Check out the replay below and join us live this Friday for Episode Two!

TenTonHammer Talks!
Before 2016 gets into full gear, Jeremy and Alex look back on an eventful 2015 and break down some of the highl