Blizzard has released a new, hour-long video documenting and celebrating ten years of World of Warcraft at BlizzCon 2014. 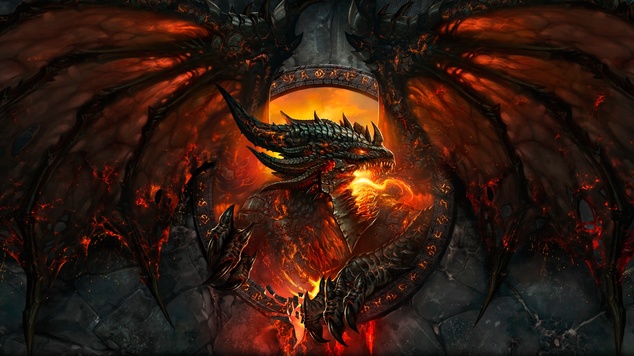 Blizzard has released a new, hour-long video documenting and celebrating ten years of World of Warcraft at BlizzCon 2014. Not only is this documentary about the game itself, but the development team's journey as gamers, their roots starting out in both Ultima Online and EverQuest, as well as their excitement for becoming a part of Blizzard Entertainment. The documentary shows the game's rough starts, as in super early art assets. The team takes us through the game starting out as being excited as a gamer with some ideas to what ends up as the game we've known and loved for the past ten years. Listen to the story of Kalimdor begin as an acrylic painting on the wall to a team of 60 realizing that 500 quests would not be enough to create a full game that felt epic.

Join us now for the premiere of World of Warcraft: Looking for Group, an all-new documentary celebrating 10 years of adventure, camaraderie, and /dancing on mailboxes all around Azeroth. This decade-spanning archive explores the history of WoW with the people who create it, collects stories from players around the world, and takes you into corners of Blizzard and the WoW community you’ve never seen before.

Coming from community, it's really fantastic to read article comments on anything and see how overwhelmingly positive the reaction to this documentary. As a fan, it's endearing and sweet to watch the team talk about their humble beginnings and how the first and every following BlizzCon for them is this experience for them is just so touching to have a direct relationship with their fans. Then there are the fan reactions in the documentary, with people talking about how they and their spouses met in game, how people with physical handicaps can play alongside their gaming buddies, how a mom with muscular schlerosis is able to not feel limited through gaming, and many other heart-warming stories. Be sure to have a Kleenex...or just the whole box when you dive into the film. There are plenty of very sweet moments from all parties involved. Also, for once, I can recommend reading comments.

Not only are there heart-felt moments, but the team discusses mistakes they've made and learned from (even though players might remember some of them as pretty cool events looking back). We get a glimpse at the technology behind World of Warcraft. One trip down memory lane that I think is really cool is the glimpse through the physical art archives, which shows off the very first sketches for what would end up becoming key characters in WoW lore. Did you know that at one time there was a serious discussion to put skiing into World of Warcraft? I don't know. Now that I'm giving it a good thought, I think it could be a seriously awesome minigame. C'mon, Blizzard, what else are you going to do after November 13 anyway?

While the team takes us through all of the World of Warcraft expansions step by step, if you're not sick of hearing Warlords of Draenor news, that part of the documentary is really cool. The team is super excited about it and it's great watching them talk about not just a game, but something they're all super proud of. As much news as I've read regarding Warlords of Draenor, hearing even the most basic of information regarding the upcoming World of Warcraft expansion from a developer who is clearly passionate about what he or she is doing makes every tidbit that much more meaningful. Also, so many wishes for...unicorns.

This documentary is also available over at Hulu, the official website and the official YouTube channel. Don't forget to keep an eye on our BlizzCon portal for everything else coming out of Anaheim!