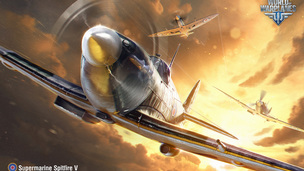 <p>Wargaming.net ships out a new developer diary video to discuss the various aircraft in their upcoming <em>World of Warplanes </em>title.

Wargaming.net devs have banned together to produce a new developer diary video to discuss the setting and various aircraft for their upcoming online aerial combat, World of Warplanes. Set between the 1930s and 1950s, World of Warplanes will feature a number of different aircraft and nations from that era, including prototype aircraft that never finished production.