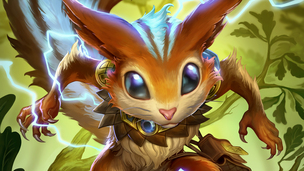 SMITE: Best 5 Assassins
In this article I pull together a list of the best five assassins in SMITE based on the Dwarven Corruption upda
Feature
SMITE 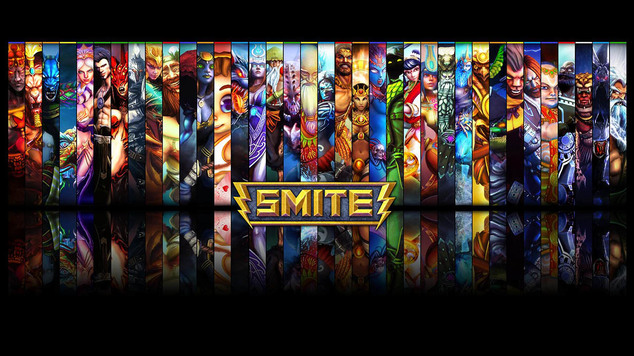 In a brand new "24 Hour Time Limit" I venture from DOTA 2 to SMITE. Does a change of a camera angle make such a different to the way the genre plays?

So here I was moaning about DOTA 2's control method and the fact that the top down approach feels a little disconnected and what do Hi-Rez Studio's do? They only go and make a MOBA from the 3rd person. Who'd have thought that a game requiring aiming, positioning and a sense of powerful combat would have benefited from such a change...?

That brilliance aside, SMITE is a bit of an oddity for me. Don't get me wrong, I love Hi-Rez and what they did for Tribes and in many ways SMITE is a fantastic game, but it's also lacking in the 'wow' factor that DOTA 2 offers. It does do things better than DOTA 2 but also falls to the wayside on others. I suspect though, that has much to do with the gold bricks that the Valve office is made of whereas Hi-Rez will undoubtedly have strict budgets. Last I heard, Gabe was using folded $100 bills to level off any rickety desks.

Anyway, back to SMITE. It's rough around the edges that's for sure and the interface isn't particularly great, neither are the animations or graphics. In fact, from a presentation standpoint I actually think it's rather ugly. However (and it is a big however!) I genuinely believe it has so much more going for it than DOTA 2.

I never quite understood why DOTA 2 didn't make the leap to 3rd person as opposed to staying with the Warcraft viewpoint it heralded from (though I appreciate that would piss-off, well, everyone who ever played DOTA). Unfortunately for Valve, I genuinely consider it hinders any sense of tension. Click-click-clicking the mouse constantly in some epileptic movement pattern was enough to cause me tendonitis and carpel tunnel and yet in a stroke of genius, Hi-Rez have changed the approach to an entire genre just by shifting the camera. Who would have thought that a MOBA would play so well at ground level.

To compliment this change, telegraphs (visual signals on the ground indicating your attack range and radius) are used heavily to aid perception of distance and range. Selecting a skill (further indicated by a direction arrow in front of you) will show you exactly where you'll hit your opponents. It's a clever system and one which works wonders as you to and fro with opposition players.

As with DOTA 2, SMITE plays exactly the same: 3 lanes, creeps and items to invest in as you and your party members get fatter the longer the match plays out. The only real difference I can see is the fact that games feel significantly faster, more tactical and more “twitchy”. It's wonderful to see Gods fully realized within a cohesive theme (SMITE is all about Gods from multiple religions, mythology and history) that really works well. That isn't to say I don't wish it had the art direction of DOTA 2, but I'll take consistency and cohesion over haphazard Hero deployment. Seeing Zeus and Agni going toe to toe is fantastically odd.

When it comes to some of my original gripes with the genre as a whole, I still feel that SMITE suffers much of the same. Balance is never truly definable as God after God is added and the sheer number of items available for all Gods makes for dizzying combinations of variables. Fortunately, there feels a greater ability through your own movements to avoid incoming attacks; something I felt DOTA 2 distinctly lacked.

What surprises me the most though is the fact that the entire approach to combat and personalization hasn't been sexed up even further by Hi-Rez. Where combat is concerned, taking a leaf out of Guild Wars 2's book wouldn't go amiss. By granting players the ability to dodge and limiting the amount of times you could do it would add a massive tactical approach to avoiding being spiked and using your skills. I've found myself incredibly frustrated in both games by the fact that something so simple just isn't present and yet it would change the landscape of combat dramatically (and all for the better).

Secondly, where is my personalization? It's all well and good having such disposable content (my other big grumble with genre) and yet while doing it, all I'm allowed to do is buy outfits. SMITE's might be better priced than DOTA 2's but it would be nice to be able to personalize my face and proportions. I appreciate many people will reel at that suggestion (“how would I tell what God I was facing!?”) and yet we manage just fine in massively multiplayer games, going against professions of varying styles and proportions.

I suppose that brings me to whether I'll continue to play SMITE. On one hand it's a fantastic game that has taken such a minor change to the next level (and brilliantly so) and as a product that's free to play, it's hard to even complain about anything you're offered. The Gods all look and play incredibly well, it's polished and offers lots of tutorials and good match-making and yet it still suffers the same flaws I disliked about DOTA 2 (however likely that was).

I've invested over 24 hours in the game and played it with friends many times now and throughout that time I enjoyed myself. Tactics seemed to take on a whole new level from a different play perspective while tension seemed to ramp up considerably as you scuttle through the jungle. That aside, it isn't really enough to keep me hooked. Similarly to DOTA 2, I'll return if friends are ever short of players but at this time I'm not prepared to sink hundreds of hours into a selection of Gods for little more than personal improvement. At its heart, it's still the same as DOTA 2 and that's a problem in itself.