5 Achievements to Get - Before They Vanish in Warlords of Draenor

Much is changing in the coming World of Warcraft expansion. New things are being added to the game and others are being altered drastically. However, some are leaving the game altogether, never to be seen again. Many achievements are on this list of things that are going to become extinct in Warlords of Draenor, much to the dismay of achievement lovers everywhere.

These achievements will become Feats of Strength or Legacy Achievements and will be unable to ever be obtained by any player ever again. So if you are looking to get these under your belt, do it now before the expansions release date rolls around. Only have limited time and not sure which achievement to try to complete? Here are our top five picks for achievements that should be completed before they vanish in Warlords of Draenor:

Okay, so technically this is more than one achievement, but I couldn't choose just one! Whether you have been participating the Brawler's Guild since the start or if you are just beginning, now is the time to get these achievements in. Almost every achievement associated with this game feature is considered “Season 1”. This means that after Warlords releases, Season 2 will likely be introduced and all Season 1 achievements will no longer be obtainable.

Breaker of the Black Harvest

You know that cool quest that would allow Warlocks to get green fire, earn an achievement, and give them a spectacular title too? It is becoming a thing of the past in Warlords of Draenor. The achievement and the title will no longer be available once 6.0 hits. Of course you can still get the green fire at any time, but why not get this super cool title and achievment along with it. The Warlock quest chain is challenging and lengthy, so if you are going to get it done before the new expansion you had better get started! 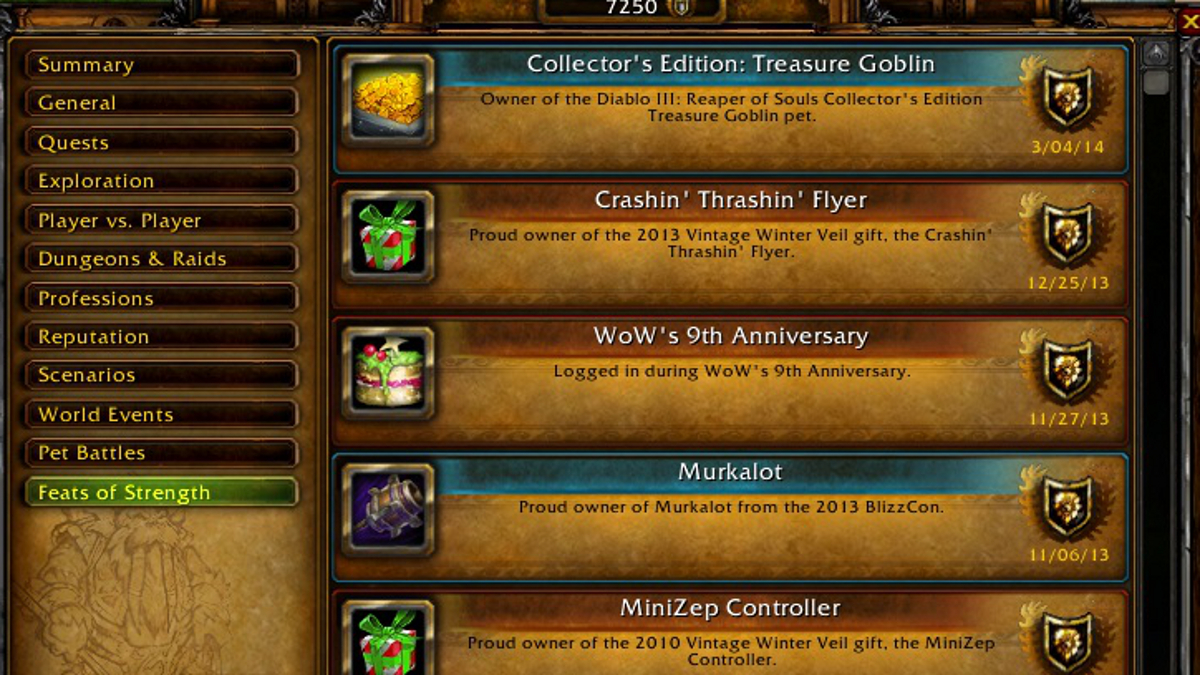 Ahead of the Curve

While you still will be able to take on Garrosh Hellscream in Warlords of Draenor, you won't be able to earn this particular achievement. All you need to do is defeat Garrosh before Warlords and the next content tier is released. It is that simple. So why not head out there and do it?

Not only will you get a cool achievement, but you will have the satisfaction of knowing that you and your team took down Garrosh while he was still hard. You know before you get all that fancy new gear and can stomp him down in just a few hits. Trust me when I say, it will be worth it. Also for those feeling especially spunky, can also choose to complete the Cutting Edge achievement that requires you to defeat Garrosh on Heroic mode before the new content releases. Why not go two for one?!

I Thought He Was Supposed to Be Hard?

Another boss, another achievement vanishing in the new expansion. This achievement requires players to defeat the boss Ra-den, inside the Throne of Thunder, without a single raid death. Which can be slightly difficult when taking on this feisty fellow. However, with this achievement’s demise looming closer and closer, players who wish to earn it need to bite the bullet and find a raid group to help them seal the deal. Once again, this will be one of those achievements that is being removed from the game because it just won't be as worthwhile to complete after the expansion is finally released.

Upper Blackrock Spire contains one of the most sinister rooms in the entire game, enough to inspire terror in every group's heart; the whelp room. Source of many raid wipes, this room helped to bring about Leeroy Jenkins, now a World of Warcraft legend. Leeroy's epic run through the whelp eggs and infamous battle cry led to Blizzard adding in an achievement and title in his honor.

This instance, like many others, will be totally overhauled in Warlords. With the overhaul, this achievement, the whelp room, and the title will vanish forever. A tragedy in itself, however, an even bigger tragedy would be to let this achievement be removed without first earning it for yourself. Get into UBRS and make your own run through the whelp eggs before it is too late!

That wraps up our personal picks for achievements you should get in before Warlords of Draenor and Patch 6.0 releases. Remember, after this happens, these achievements will no longer be obtainable; ever. So get out there and earn those achievements! Will you be attempting to get these achievements before the expansion hits? What other vanishing achievements are on your list? Share with us in the comments section below!