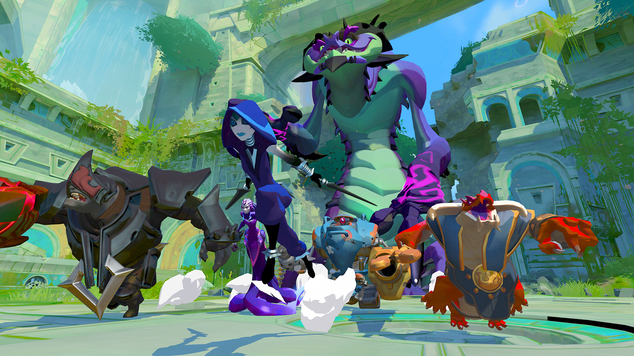 5 Reasons Why You Should Be Playing Gigantic
Having finally released, Gigantic deserves your time and attention.

With Gigantic having finally opened its doors to the masses, it’s fantastic to see its steady climb on Steam’s most-played list. Having Played Gigantic for a long time (I think coming up to two years?), I wanted to pull together a list of the positives that the game has to offer for anyone sitting on the fence. Besides the fact it’s completely free, there’s a great deal to shout about.

I can fully appreciate that Gigantic’s aesthetic might not be for everyone. It’s unique, bright, somewhat cartoony and incredibly striking. For me, it’s part of the reason why I enjoy the game so much. Whether it’s quirky hero designs with odd proportions, or the inviting charm of Ghost Reef and its sand covered canyon, there’s no doubting that Gigantic catches the eye. In a genre that’s brimming with traditional art-styles, top-down view points and an often serious approach to hero design, the aesthetic Motiga have chosen allows it to stand out in a very crowded market. 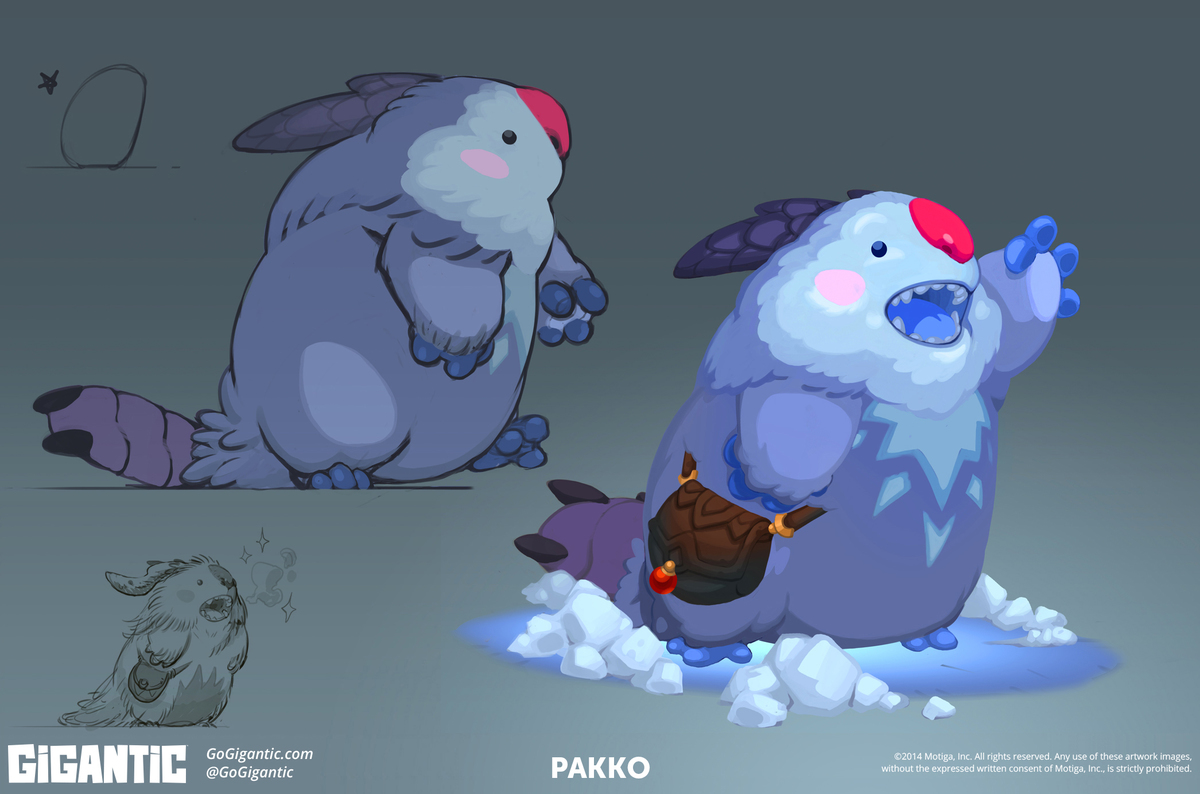 "Pakko, like everything else in Gigantic, is lovingly created."

Gigantic doesn’t have a huge roster, but in many ways it benefits a great deal from it. With Ramsay having just arrived, it boasts 19 that are entirely unique. Not one of them has any overlap in terms of skills or value, and each has a kit with a specific purpose in mind. Whether it’s Griselma providing turret hell through her Portal Beast’s, relentless bombardment from HK-206, or the eye-watering crowd control of Xenobia, there’s something for everyone. Best of all, each hero has a personality that fits perfectly with their lovingly designed exterior. What I find particularly charming about the heroes is the fact there’s a cohesion between all of them, and it’s believable that they all belong in the same universe. All too often I’ll dive into a MOBA and get the impression that the development team have thrown every idea to the wall in order to present a diverse array of characters. Gigantic’s heroes are certainly diverse, but they’re also cohesive: that’s something incredibly difficult to achieve. 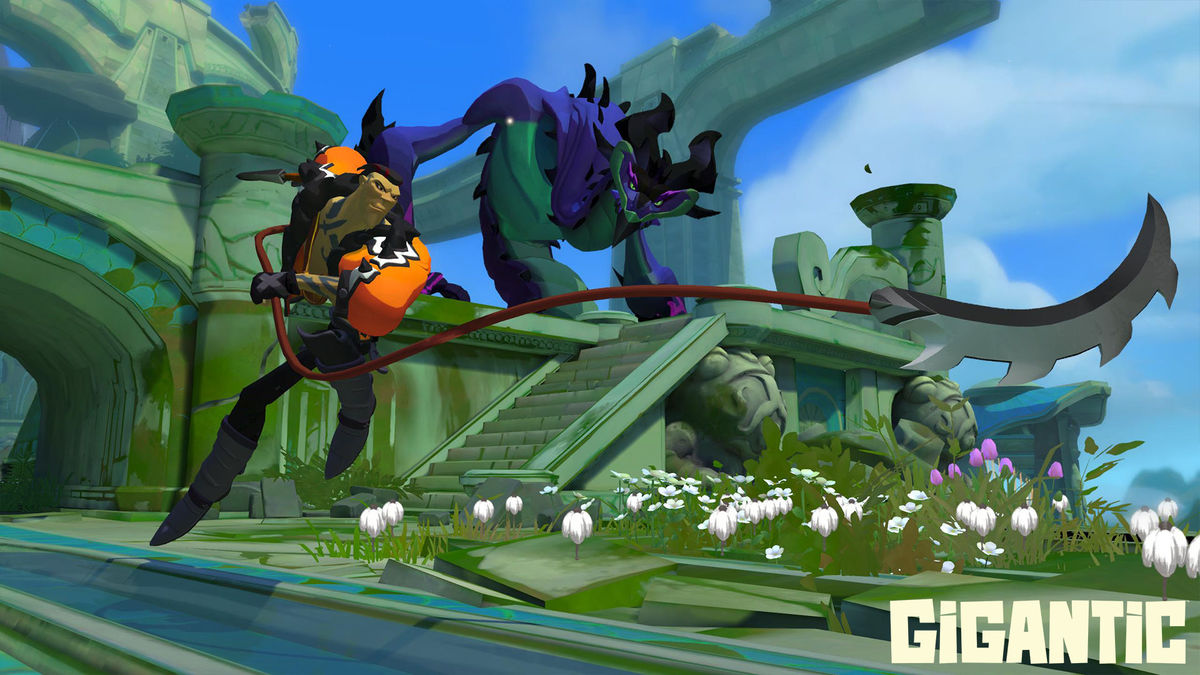 "Ramsay is the latest addition to the Gigantic roster."

Many MOBAs have fairly lengthy play times, with SMITE, Paragon and DOTA 2 all tending to eat up at least 45 minutes. If you combine this with the time it takes to find a match, and the drafting process, you’re looking at least 60 minutes of your time, per match. Where Gigantic is concerned, matches can be as short as 10, up to a maximum of 20 minutes. That’s a significant difference to the competition, especially if you’re short on time or want to play more than one match after a long day at work. Having the opportunity to squeeze in a quick match is incredibly refreshing.

Despite its simplistic premise, Gigantic has a great deal of depth. It isn’t just a case of drafting your team, killing the enemy, and winning. In fact, there’s a lot more to it. Not only is staying alive incredibly important, but also how you go about securing a rampage for your Guardian. Whether it’s strategically lowering the health of a key Creature just before a Wound ends, in order to ensure back-to-back rampages, or stalling for time so your Creature collects just enough Power, there’s a lot of tactical subtlety. While you can certainly approach Gigantic with a brute-force method of seeking only kills (which is entirely viable), the best teams use a variety of methods to ensure Rampages. Not only that, but once your team has the opportunity to push, there’s an entirely new set of questions your team needs to ask themselves:

It’s a lot of tactical depth born from a very simple mechanic, and yet the tug of war Rampages and Wounds create, between you and the opposition, provides Gigantic with a very welcome learning cover. 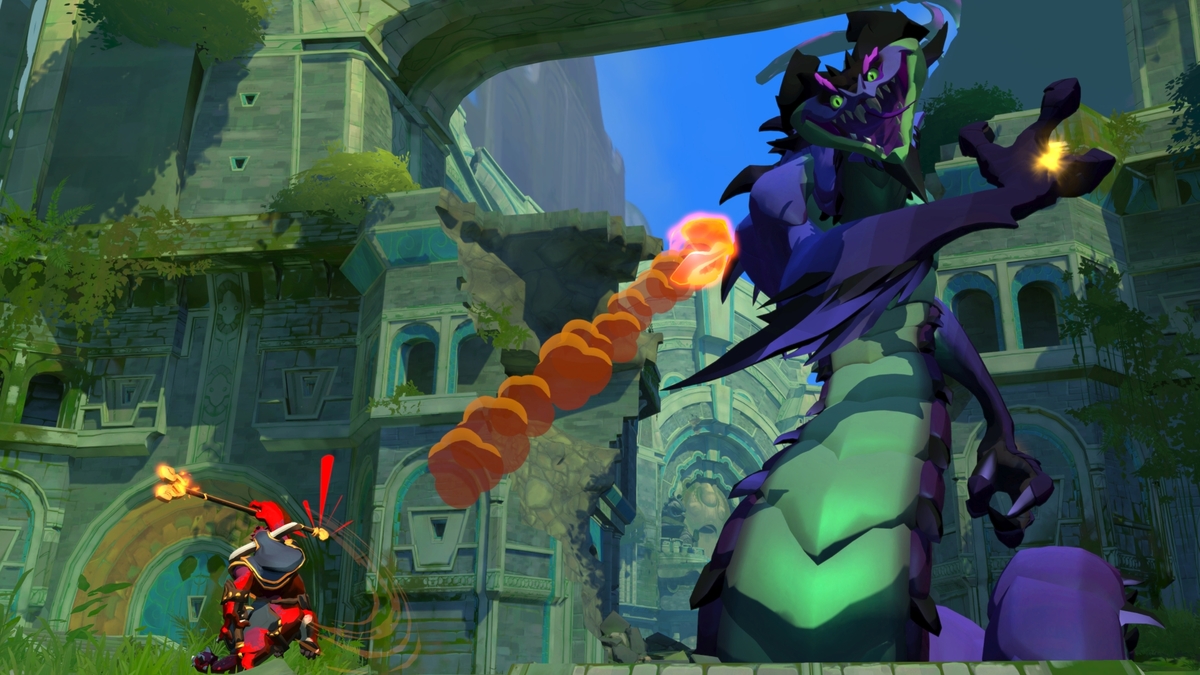 "There's a lot of tactical nuance surrounding the Wounding of an enemy Guardian."

To describe Gigantic solely as a MOBA would be doing the game a great disservice, because such an acronym doesn’t quite describe how different Gigantic is to the likes of DOTA 2 or SMITE. While the foundations are similar (heroes level up, you upgrade skills, there’s an objective to fight over), it’s pretty much where the similarities start and end. At its heart, I’d probably say Gigantic has more in common with Battlerite than it does any of  its peers, and in many respects, that’s a very good thing. Ability upgrade paths, its Daily Draw system, control scheme, Guardians, Creatures and surrounding mechanics of Rampage and Wound make Gigantic an entirely unique experience. Even if it does draw influence from around the genre, it builds on all of it, blends it together, and creates something undeniably fun. There’s no denying it takes some getting used to, but it’s an incredibly rewarding experience once you have.

Have you played Gigantic? If not, it's available now on Steam!