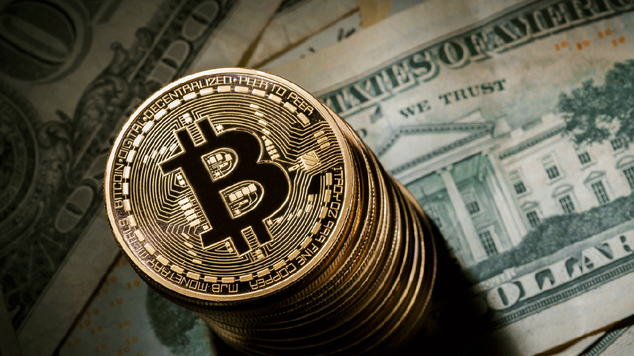 5 Ways to Afford a New PC
Everybody wants the latest gaming PC, but let’s be honest - they don’t come cheap..,

Everybody wants the latest gaming PC, but let’s be honest - they
don’t come cheap and few can just afford to splash the cash for
one without thinking about it.

With prices ranging from $500 to $5,000, it will be necessary for
most of us to find a way to earn that kind of extra money.
Thankfully, the web has opened up endless ways to make such
money, and reasonably quickly into the bargain.

Let’s look at five ways any determined gamer can make money.
Since we all love gaming, we’ve come up with ways to make
money which will be of interest specifically to people just like us.

Cryptocurrency Mining
One advantage of being a gamer is that you probably already
have a PC with higher than average specs.

You’re probably also more tech-savvy than the average Joe, and
when you combine those two things together, you have the
magical possibility of cryptocurrency mining.

To take a complex concept and make it simple, cryptocurrency
mining means lending your computing power to a decentralized
payment network, be it Bitcoin, Litecoin, Ethereum,
or another, and helping to verify transactions on the network.

Lots of people buy gaming computers specifically for
cryptocurrency mining, and if you already have one, this becomes
a real option for you.

Do be aware that this can burn through graphics cards pretty
quickly, and that it does take a few months to make any
noteworthy amount of money.

If you’re not in a massive rush, this could be the ideal way to use
your current gear to help afford the new gaming PC you desire.

eSports Betting
As a gamer, you should theoretically know more about gaming
than most other people.

What you perhaps don’t know is that it’s possible to make money
by betting on the outcome of eSports.

People all over the world are betting on CS:GO, LoL,
Streetfighter, and lots of other games. eSports is now a global
phenomenon, and betting on it is becoming increasingly popular.
Whether you’re involved in eSports as a player or not, you can
still make money from it by betting.

Just be prepared to take a few losses every once in while. After
all, nobody has a perfect betting record! But you can surely get
better at it. Check out esportsbets24.com to learn more how to master esports betting.

Freelancing
It’s a pretty safe bet that in a couple of decades time there won’t
be any such thing as going to the office. Freelancing is now a
huge deal, and if you have any form of trade you can ply on a
computer, you can make decent extra cash as a freelancer.
From writing to graphics design, to helping people set up
WordPress websites, freelancers all over the world are making
real money from their home computers.

There’s actually a surprising amount of work in the gaming
industry, too. From concept creation to testing and writing
reviews of games, to writing scripts and storylines, gamers will
find plenty of interesting projects on sites like Upwork and Fiverr.

Sell Your Old Stuff or Get Creative
It’s quick, it’s easy, and it makes a surprising amount of money
quickly.

You might be shocked at how much the old stuff lying around
your house can make you. From books to old electronics, to just
about anything else you can think of, you can sell it for real
money either at car boot sales, flea markets, or online auction
sites like eBay.

Some people go a step further and literally turn trash into
treasure by taking old blocks of wood and metal and repurposing
them into unique art of craft pieces.

For example, if you took an old log, chipped it into a super cool
LoL character, and put a nice varnish finish on it, you could make
several hundred dollars in the process.

The same goes for cool paintings, t-shirts, and anything else you
can create with just raw materials and your imagination.
Think outside the box. The money you need might be sitting
around just waiting for you to put the finishing touches on it.

YouTubing
If you aren’t camera shy and you can walk people through
games, share gaming tips, and create video tutorials, you could
make more than you bargained for if one of your videos catches
on.

Youtube pays an incredible $7 per 1,000 ad impressions, making
it one of the highest paying content platforms online.

If you fancy your chances as the next Popular MMOs, this could
be a good way to go.

Conclusion
With a little imagination, you’ll be able to afford some new gear in
no time at all.

Nothing good comes without effort, and when that shiny new
gamer’s dream is sitting on your desk, it will all have been worth
it.

Which of these ideas do you like best? Have you ever made
money using any of these methods? Share with us in the
comments below.