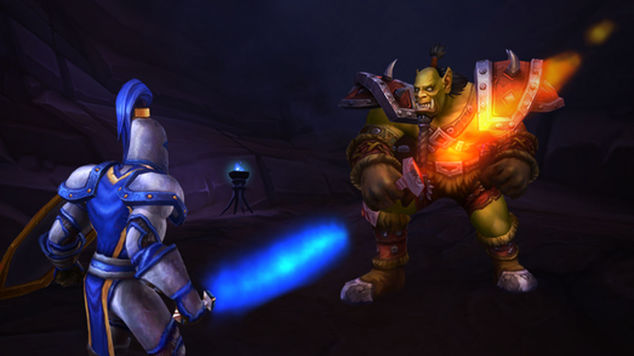 Star Wars: The Force Awakens has come and gone. Most fans have already had the pleasure of viewing the movie, some more than once. It goes without saying that this movie has been a smashing success, a real box-office blowout. However, now that the hype is over, there isn’t much to look forward to until the next movie gets closer to release.

While nothing can replace that new movie feeling, perhaps you can fill the void a bit by seeking out some Star Wars themed references. World of Warcraft has always been chalk full of pop culture throwbacks, so it is no surprise that there is a fair few pertaining to this nerdtastic movie franchise. Keep the fire started by the Force Awakens going by checking out the following references in game:

Picking Up Some Power Converters

An Alliance only quest in the Blade’s Edge Mountains, Picking Up Some Power Converters comes from Toshley’s Station, should pique the interest of any Star Wars fan. This reference comes from Luke Skywalker saying “But I was going into Tosche Station to pick up some power converters!”. This quote comes from Star Wars: A New Hope.

This quest (now obsolete) references the notorious Tusken Raiders, otherwise known as the Sand People. A nomadic warrior race that live on the planet Tatooine. The Tuskens initially appeared in the second draft of Star Wars: A New Hope and have appeared in many of the other movies. This quest appeared in Zul’Aman.

Another Alliance only quest, this quest can also be found on Bloodmyst Isle. Fans will know that the Kessel Run is a hyperspace route used by smugglers to move spice from the spice mines of Kessel. The route was first mentioned in Star Wars: A New Hope and has been referenced on several other occasions.

Now I Am the Master

This achievement comes from the Cooking Profession and encompasses one (of the many) most iconic quotes in the movies. The quote comes from Darth Vader who is speaking to Obi-Wan in A New Hope: “I’ve been waiting for you, Obi-Wan. We meet again, at last. The circle is now complete. When I left you I was but the learner. Now I am the master.”

Taking a line from one (of the many) iconic quotes in the movie series, this achievement comes from the Cooking Profession. I’ve been waiting for you, Obi-Wan. We meet again, at last. The circle is now complete. When I left you I was but the learner. Now I am the master.

A PvP achievement, this reference is pretty straight forward. Stormtroopers are elite shock troops in the Imperial Army and wear distinctive white armor. Even though they are supposed to be part of an elite force, Stormtroopers are well known for their blunders and bad aim. This achievement can be earned by killing 5 flag carriers in a single Eye of the Storm battle.

Overcome a 500 resource disadvantage in a match of the Battle for Gilneas and claim victory. This reference comes from an epic moment in the movies where; after blowing up his first TiE fighter, Luke gets a little overconfident. Han Solo rebukes him by saying “Great kid! Don’t get cocky.”.

This achievement stems from Admiral Ackbar’s famous warning at the Battle of Endor in Return of the Jedi. Not surprisingly, this achievement requires the player to step a floor trap in the Crypt of Forgotten Kings scenario. 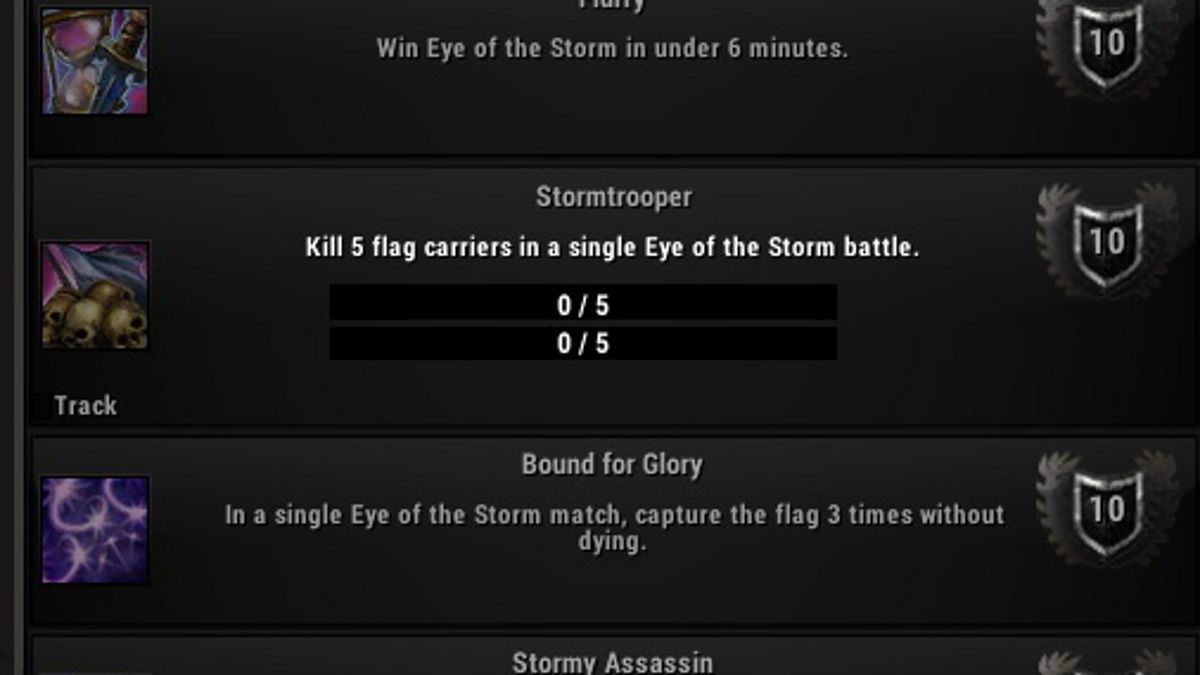 Picked up from Toshley’s Station quests in the Blade’s Edge Mountains, this toy has several Star Wars references hidden in its text. The “technological terror” is taken from a quote by Darth Vader in Star Wars Episode IV – A New Hope in reference to the Death Star. The tooltip also throws back to the movies; throwing back to when Luke Skywalker decided to stay behind with Uncle Owen instead of heading off to the Academy, also taking place in A New Hope.

There are many items that are clearly inspired by Star Wars in their design. There are some that look like light sabers including:

Other items are just thematically named:

Almost all the above items are able to be transmogrified to help complete any Star Wars themed outfits you might create. 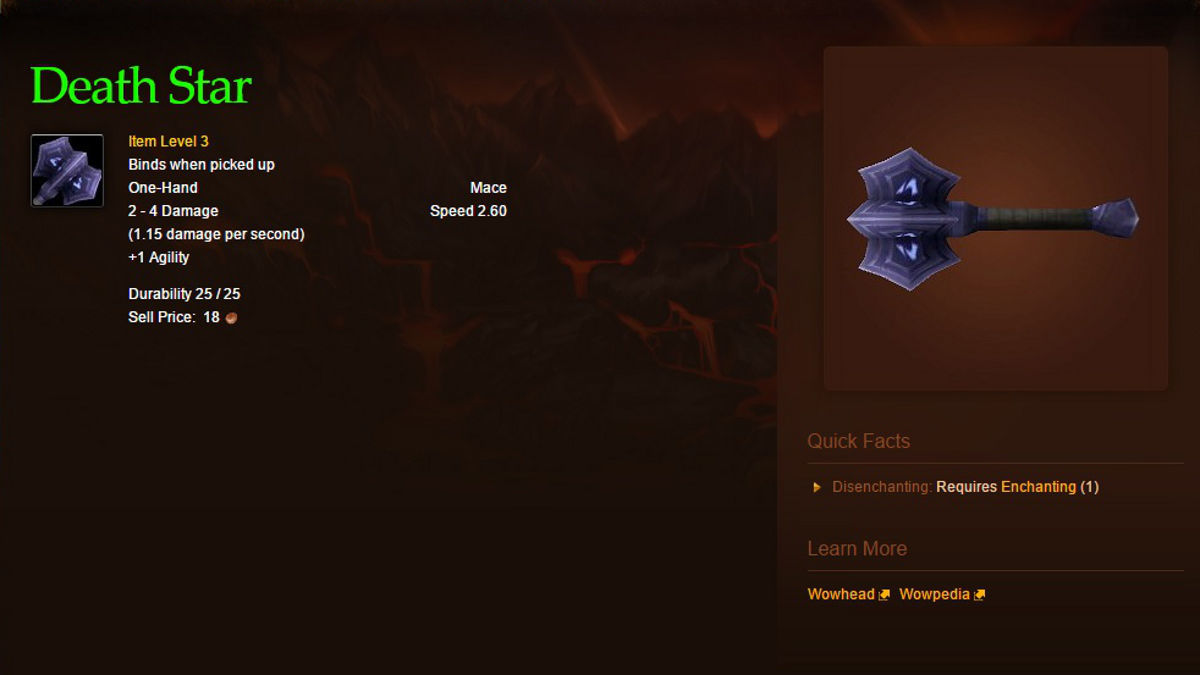 A tribute to the beloved to the much beloved C-3PO and R2D2. R-3DO can be found in Toshley’s Station in the Blade’s Edge Mountains.

Toshley’s Station is a quest hub for Alliance players in the Blade’s Edge Mountains. While slightly subtle, this is probably a reference to Tosche Station, a location on the desert world of Tatooine.