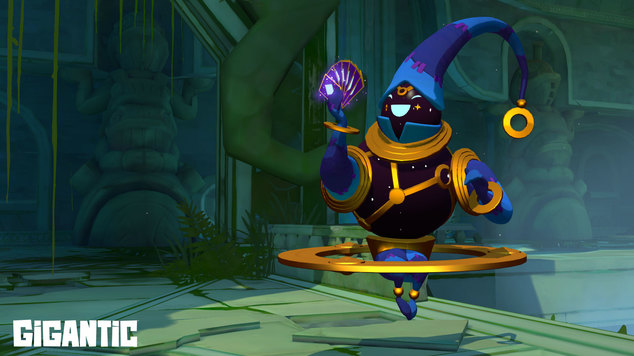 A Gigantic Interview
We sat down with Motiga's Lead Designer, Carter McBee, to talk about all things Gigantic.

With Gigantic having launched several weeks ago, to positive reviews and healthy activity on Steam and Arc, we wanted to chat with Motiga about launch and what players can expect in the coming weeks. Lead Designer, Carter McBee, was on hand to answer our questions.

Ten Ton Hammer: How does it feel now that Gigantic has finally launched?

Carter: The best way I can describe it is a mixture of relief and excitement. Gigantic has been in development for a long time, so to finally be able to say we have officially released the game is a weight off our collective shoulders. At the same time of course, we know in many ways the launch is only the beginning for Gigantic.

Ten Ton Hammer: How have you found the launch period? Has it exceeded expectations?

Carter: So far, the launch has gone rather smoothly. We were able to hammer out a lot of the major technical issues in our previous open betas, so it was nice to really just be able to see so many new players coming in and enjoying the game. As far as expectations go, I’d say things have gone according to plan so far. We have more people playing the game on a daily basis than we have ever had in the past, so that is definitely good to see.

Ten Ton Hammer: With Gigantic available across multiple platforms, and with it already doing well on Steam, what’s the next step?

Carter: From a business standpoint, one of the major next steps for us will be to bring the game to additional regions and languages. I can’t go into too much detail on our exact plans right now, as we are still working through them, but we’re really looking forward to rolling the game out to an even wider audience in the coming months.

Ten Ton Hammer: What are the team currently working on now that Gigantic is in the wild?

Carter: Content, features, polish! That’s the name of the game for us right now. On the content side, we are trying to maintain a fairly aggressive hero release cadence of one new hero per month. On Tuesday, we released the Corruption update, which introduced a new mid-range caster named “Oru.” We’re also working on layering in new maps and new creatures. On the feature side, we’re working behind the scenes on multiple new player progression systems, as well as competitive systems. 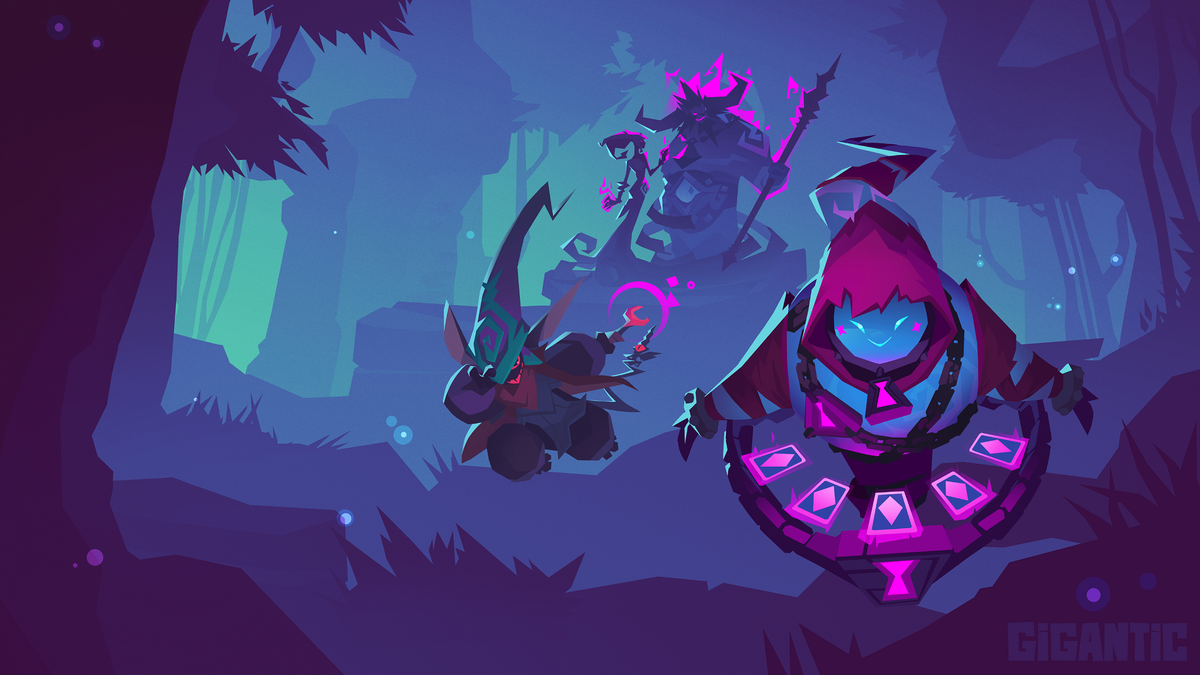 Ten Ton Hammer: Can you tell us a little bit more about Oru's kit? Where does he sit in comparison to say, Charnok and Xenobia?

Carter: Oru's kit is primarily a combination of damage and disruption. His LMB/RT and RMB/LT skills throw cards at enemies, which have their own effects while the cards is on them - burning and slowing enemies respectively. However the main source of their effects come from his E/RB skill. This ground targeted skill will cause extra damage and disruption depending on the cards the enemy has on them. His Q/LB skill is a series of traps which can provide some peel for yourself or allies by knocking enemies away. His Focus skill pops him up into the air and out of melee range while he rapidly throws a series of cards at enemies. At the end of the Focus, any enemy with a card on them will take a big chunk of damage and if they are below 50% health they will take even more. This makes it a great for teamfights and securing kills.

In terms of where he sits between Charnok and Xenobia, I think it's apt to put him somewhere in-between them in terms of the damage he brings as well as some of his zoning and crowd control capabilities.

Carter: Oru's look came from a very early sketch from one of our concept artists for a "Fortune Teller" character. Originally this was to be used in the front-end to deal players their fortune cards. It was definitely very unique and it instantly resonated with us. In fact, we liked it so much we decided to make a hero out of him. We had an early prototype kit that we felt could fit with this theme, so we married the kit ideas with the concept to create Oru.

Ten Ton Hammer: How will Oru fit into the existing roster? What does he bring that's unique from other Heroes?

Carter: Oru's primary role is a mid-ranged damage dealer with some crowd control and peel abilities. What is most unique about his playstyle is that it relies on combining all your skills at the right time. If you stay back and try to just use your primary attack with Oru, you're not going to be very effective. Where Oru really shines is in teamfights. If you're able to tag multiple heroes with cards and then reveal them in the middle of a fight - it can turn things around in a big way. Also he is great at baiting enemies as he has limited mobility but just enough tools to peel for himself, which can really punish enemies for chasing too far.

Ten Ton Hammer: Do you have any development priorities? I read a lot about players wanting a ranked mode so that they can see just how well they’re doing...

Carter: Definitely! Ranked play is high on our priority list, but it’s also a relatively large feature – it’s not imminent but we are working toward it for the not-too-distant future. This week’s update introduced custom lobbies, which will hopefully enable the competitive community to start running their own events, tournaments, possibly even leagues, etc. We’re looking forward to what the community will be able to do with this as a feature.

Ten Ton Hammer: Ramsay was recently released. How satisfied are you with his kit and balance? Can players expect any changes?

Carter: We’re quite happy with how Ramsay has been playing in the wild. As our first new hero release in quite a while, it’s nice to see so many people playing and enjoying him. As for balance and changes, there’s some in the works for Ramsay. Keep an eye out for more news on that soon. 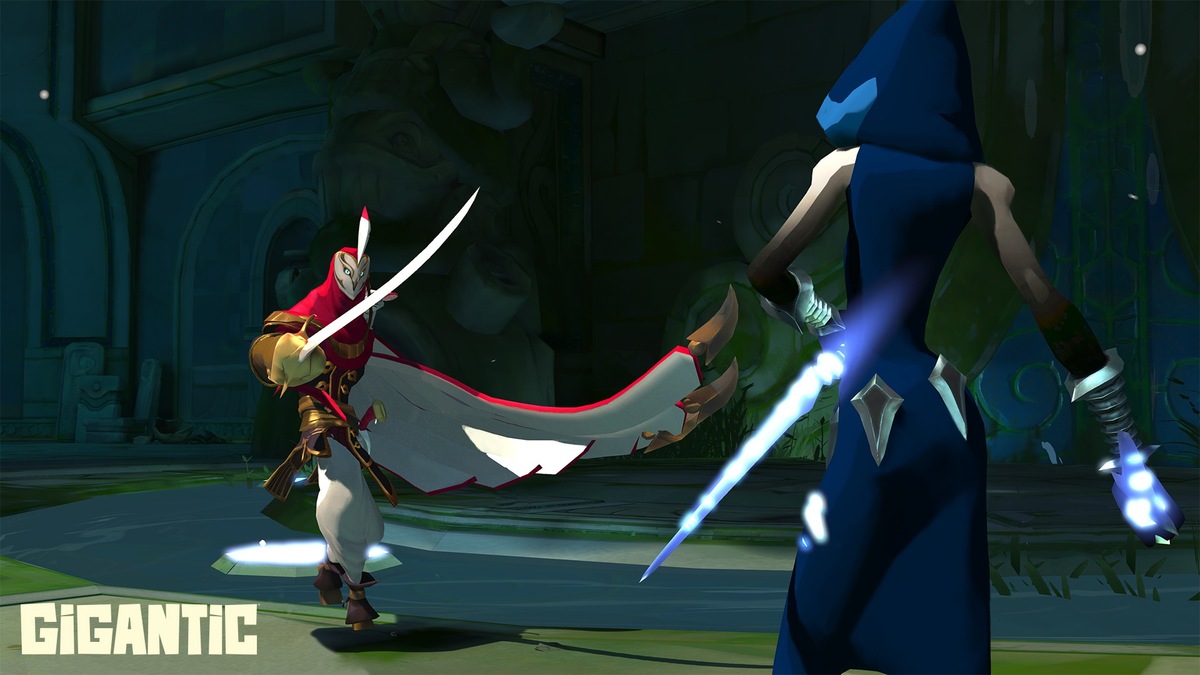 Ten Ton Hammer: On the subject of balance, Tripp remains a contentious hero for many. Incredibly mobile, high damage, stealth and crowd control seems a lot for one kit (she’s a great PUG stomper). What’s Motiga’s stance on her right now?

Carter: We believe Tripp will always be a topic of much conversation when it comes to balance. As a stealth-based, high burst damage hero, I think this will always be the case whether she’s very weak or very strong. It’s not surprising nor is it necessarily unintentional that she can do very well vs. newer players or less coordinated teams. Part of the learning curve of any competitive game is figuring out how to deal with the more glass-cannon type characters. All that said, we certainly don’t think she should be without her weaknesses and counters. We’re closely monitoring how she’s performing across all skill levels and I’m sure there will be no shortage of balance changes to her as the Gigantic meta continues to evolve.

Ten Ton Hammer: As a wider balance question, how are you seeking to approach it? Are you wanting to always balance from the top down (with a view for competitive), or are you conscious of the fact new players also need to be taken into consideration?

Carter: This is a very good question. Ultimately it is extremely difficult to maintain hero balance across all levels of play. Sometimes attempts to do so can water things down in a way that causes the heroes to lose some of their identity, which we would like to avoid if possible. Our general approach is to keep in mind the entire skill curve when it comes to balance. If something perfectly balanced at super high levels of play is miserable to play against for new or lesser skilled players, we would see that as a problem – and vice versa is also true. Basically, we’re always looking to find that sweet spot; it’s an ongoing process.

Ten Ton Hammer: With lots of players now diving into Gigantic, are any heroes underperforming based on the data you’ve got?

Carter: There are some heroes that are performing better than others – strictly based on win-rate and other basic stats. However almost all of them are within a pretty tight margin. For example, no hero is above a 55% or below a 45% win-rate across all skill levels. This doesn’t mean balance is perfect by any means, but it does give us confidence that there aren’t any extreme outliers that we feel need to be addressed immediately. This is nice because it gives us some time to continue to monitor the balance and make more subtle changes, which is what we’d prefer to do most of the time when possible. It’s never comfortable to feel like you need to make extreme balance changes as it can be easy to over-do it.

Ten Ton Hammer: What sort of patch cycle are you hoping to achieve? Monthly? Every few months?

Carter: We’re currently looking at a monthly release cadence. Some months will be more content- and feature-heavy than others, but the goal is to at least release a new hero every month for the foreseeable future.

Finally, with three maps available, is there any ETA on the arrival of any new arrivals? We’ve seen a few you’re working on...

Carter: Putting out more maps is a priority for us. As far as ETA for the next map we’re still looking at a few more months. Maps in Gigantic are not quick or easy for us to make, as the gameplay revolves around the maps so heavily and because the environments are very rich with detail. Upping our capacity to make more maps faster is something we are actively working on and going forward you should see a steadier map release cadence. We do have several maps in various stages of development so we are trying to push them forward and release them as soon as we can.

Ten Ton Hammer would like to thank Motiga and Carter McBee for spending the time to answer our questions. Gigantic and its Corruption update is available now on Steam.