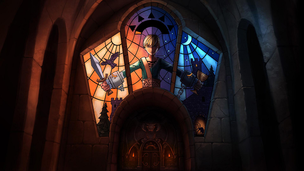 Aiming for Approachability - An Inside Look at S2's Strife
<p>Accessibility through community-driven design is the name of the game for the new <em>Strife</em> MOBA. Joi

If youre a gamer theres no doubt youve heard of MOBAs. But, if youre like me, you may not have played them too much or felt intimidated by not only the competitive genre itself, or by the sheer amount of MOBAs rolling out, but also by the learning curve. MOBAs can be tricky to get into but S2 Games hopes to tear down some roadblocks and make a much more approachable game with their newest announced title, Strife.

S2 Games is already known in the competitive gaming circuit for their mega-hit game, Heroes of Newerth (HoN), but with Strife they intend to capture the interest of even more gamersnewbies and veterans of MOBAs alikeand have Strife become one of the most played and most beloved of all of PC gaming, according to S2 CEO, Marc DeForest.

At first glance this may sound like a bit of an ambitious goal, but S2 certainly seems to have the confidence, and knowledge, to make a run at it.

HoN was a bit of a pioneer to the genre, continues DeForest. It was the first commercial [MOBA] game to see the light of day. We already have what I consider to be the best infrastructure in terms of technology and Strife even improves on that. Strife is the only second generation MOBA. Weve seen people come and go with their first games, but Strife is the first game to come from a company which has already developed and operated a [MOBA] game as a service. That gives us a significant advantage.

Creating a game that will be in direct competition with a companys own currently-existing title may seem a little counterproductive at first glance, but it happens more often than one may think. MMOG developers often create several MMOGs, sometimes even within the same style, but add different catches to appeal to the subtleties in differing preferences among gamers. S2 is taking the same approach.

Strife is meant to be less hardcore than HoN, DeForest explaines. Its very, very easy to get into. We made sure that many of the design decisions we made, from art to UI, to how you actually play the game, is very straightforward. That fills a specific niche. Its still very difficult to master, and it brings depth, but it doesnt bring depth through unnecessary complexity. That doesnt mean HoN players may not play Strife and enjoy it, but there are a lot of players who have played [other MOBAs] and felt they were way too hard. But youre still getting the appetizer, the meal and the dessert with Strife. It still has depth and strategy.

The approachability of the title begins becoming apparent immediately upon starting up the game. Instead of being inundated with barrels of information on the screen that you may or may not need, Strife displays only the basic essentials. But, with the games more info button, the design stays simple and elegant, with all of the extra info available to those who want it, when they want it. These extra info tabs can be tacked permanently on the screen, or never seen at all, based on player preference.

Adding to the ease in which players can get into the game is the notability of fewer heroes in the game. While HoN has 118 heroes, Strife will launch with around 25, keeping the heroes a bit broader in how they can be played.

Furthering approachability, the art of the game has been carefully thought out from the ground up to make the game accessible, readable, and memorable, states Jesse Hayes, Strifes Executive Director of Art.

Firstly, the art was designed to look good on all system specs, and look good it does (just take a look at some of the screenshots included in this article). Secondly, Hayes and his team went to great lengths to ensure that each hero was readable as that particular hero to avoid any confusion as to which heroes are on screen. All of this is placed on a hand-drawn map painstakingly detailed to keep things interesting for many, many hours of gameplay.

Its kind of like the process of painting your house, Hayes details. Youre not going to paint everything ridiculously bright. From there it just boils down to trial and error. We went through multiple iterations of the palettes, and made sure that they worked well together. In the end weve ended up with a dark Pixar type of feel.

Perhaps one of the most alluring features of Strife, apart from its approachability, is its lore. Producer Tim Shannon outlines that one of the things missing from most MOBAs is lore and context for why youre actually on the field, playing. While it is difficult to inject too much of a story into a MOBA style game, Strife does have a very detailed story which explains to players why they are on the battlefield. Additionally, the game offers constant reminders of the lore by placing key characters from the story onto the map and a center seal which explains the context of the battle. Well leave these details for the players to uncover, but suffice it to say, unlike other games, Strife was designed from the ground up to include a compelling story which will be ever-present in the game.

The story and lore doesnt end in the game itself. S2 is collaborating with the creator of the Teenage Mutant Ninja Turtles and Heavy Metal magazine, Kevin Eastman, on an upcoming Strife comic book. The comic will further the story from the game and give fans a little extra background on what is happening within the game world. Each hero has a deep, rich story and personality, says DeForest, and we want these stories to be defined and believable.

Having had some time to play the game, Strife is shaping up to be exactly what S2 has set out to do. It is a game that is approachable for the new player, yet deep enough to offer significant challenge to even the most seasoned vet. The artwork is beautifully rendered and the map is easy to navigate. The story is compelling and believable. Will all of these elements come together to make Strife one of the most beloved and most played PC games? If S2 has anything to say about it, it certainly has a shot and were betting were going to see a lot more of this title over the next few months.

Strife is slated for beta this fall with a 2014 launch.